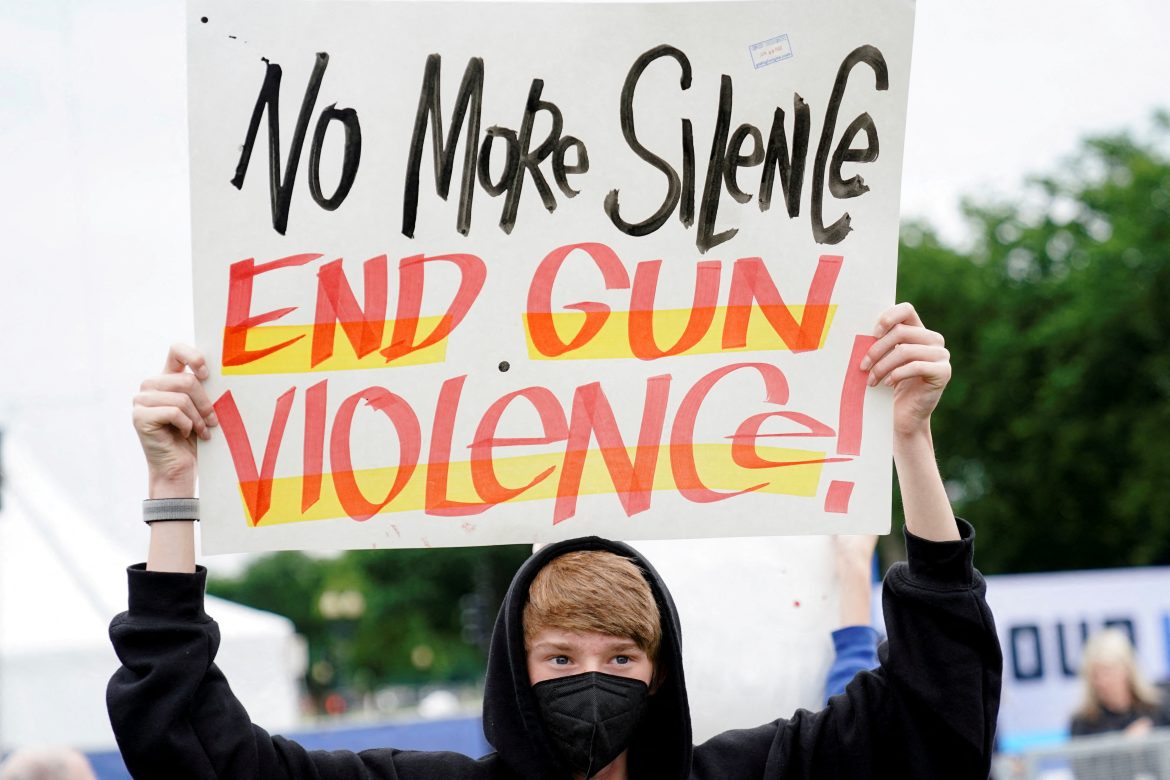 The gun deal that a bipartisan group of senators agreed on earlier this month has hit a number of roadblocks, with lawmakers unable to produce the final text of the bill amidst debate over the details of some of the key provisions.

Earlier this month, a group of 10 Republican and 10 Democrat senators reached an agreement on the framework of a bill that would represent the most significant federal gun law in decades. The deal includes funding for states that pass red flag laws, investment in school safety and mental health services, and new restrictions on gun ownership for domestic abusers. However, over a week later that agreement has not translated into an actual bill.

“I kept asking to see text and it became apparent they didn’t have a bill,” said Sen. Mike Lee (R-Utah) on Fox News Sunday. “In fact, they don’t have a deal at all. What they have was agreement on a series of very broad promises.”

Despite reaching an agreement in principle, ironing out the details in the process of drafting legislation has proved contentious. Frustrations boiled over last Thursday when the lead Republican negotiator, Sen. John Cornyn (Texas), walked out of talks as the two sides tried to reach a final deal.

“It’s fish or cut bait,” said Cornyn after the meeting. “I don’t know what they have in mind, but I’m through talking.”

One of the major sticking points between Democrats and Republicans has been the so-called “boyfriend loophole,” which would restrict gun ownership for those who commit violence against a dating partner. Under the current law, those who are convicted of violence against a romantic partner are prohibited from purchasing a gun if the couple is married, cohabitating, or have a child together.

Democrats want to expand the restriction to include dating couples. However, the two sides are divided on the issues of what defines a dating couple, and whether or not those convicted of misdemeanors should be able to appeal to have their gun privileges restored.

Another point of contention is the funding of red flag laws, laws states can pass that allow law enforcement to temporarily confiscate guns from those deemed a danger to themselves or others. Democrats want to provide funding as incentive for states to pass such measures, while Republicans prefer to fund support for those with mental illness, such as crisis intervention.

Despite the setbacks, Senators are still hoping to release the text of the bill as early as Monday, with the goal of passing the bill before Congress’ July 4 recess. Once drafted, the bill must retain support from all 10 Republicans who agreed on the original deal as well as all 50 Senate Democrats in order to overcome the filibuster and pass the upper chamber. Any defections would mean the bill would need more Republican support.

Lawmakers, especially Republicans, are forced to walk a fine line when it comes to negotiating gun legislation. While many on the left are demanding action on gun violence in the wake of the recent shootings in Uvalde and Buffalo, Republicans are trying not to create any gun restrictions that would upset the conservative base ahead of November’s midterm elections.

Cornyn faced boos in his home state of Texas on Friday when he mentioned the gun package, despite his claim that he “fought and kept President Biden’s gun grabbing wish list off the table.” As Republicans seem poised to take control of Congress in November, political third rails such as gun control could prove to be a potential threat.