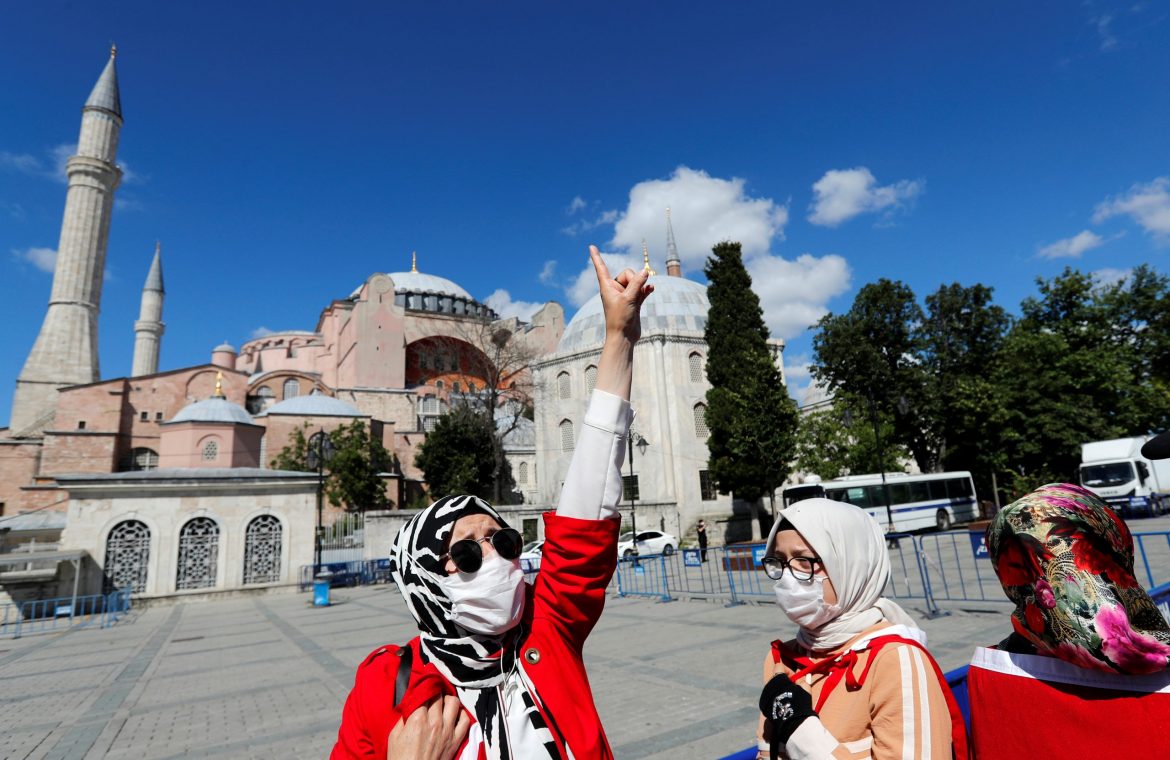 A top Turkish court recently ruled that the iconic Hagia Sophia’s transformation into a museum was illegal.  In response, Turkey’s President Recep Tayyip Erdogan opened the mosque for Muslim worship on Friday.

Erdogan has been a proponent for changing the status of the iconic church-turned-mosque-turned-museum throughout his 17 years as president.  However, as a UNESCO World Heritage site and a significant icon for Christians and Muslims, this decision and Erdogan’s quick response caused concern and backlash.  The cultural ministry in Greece called it an “open provocation,” according to a Reuters article on the matter.  U.S. Secretary of State Mike Pompeo encouraged Erdogan to keep the museum status of the building, rather than rushing ahead to restore its status as a mosque.  Other church leaders and the Russian Orthodox Church voiced concerns and complaints.  Orthodox Christian Ecumenical Patriarch Bartholomew is quoted in the same Reuters article saying this decision would “fracture” the East and West.

Needless to say, this is a big decision for world religions.  The Hagia Sophia was first constructed during the reign of the Byzantine Empire in the 6th century.  The Ottoman Empire conquered Istanbul (then known as Constantinople) in 1453 and later repurposed the Hagia Sophia as a mosque.  It wasn’t until 1934 during Mustafa Kemal Ataturk’s modern Turkey that the mosque was repurposed as a museum.

The Council of State, the court that issued the ruling, noted that this 1934 status change was illegal.  They stated “It was concluded that the settlement deed allocated it as a mosque and its use outside this character is not possible legally.  The cabinet decision in 1934 that ended its use as a mosque and defined it as a museum did not comply with laws.”

Erdogan signed his decision to hand the Hagia Sophia over to the Religious Affairs Directorate soon after.