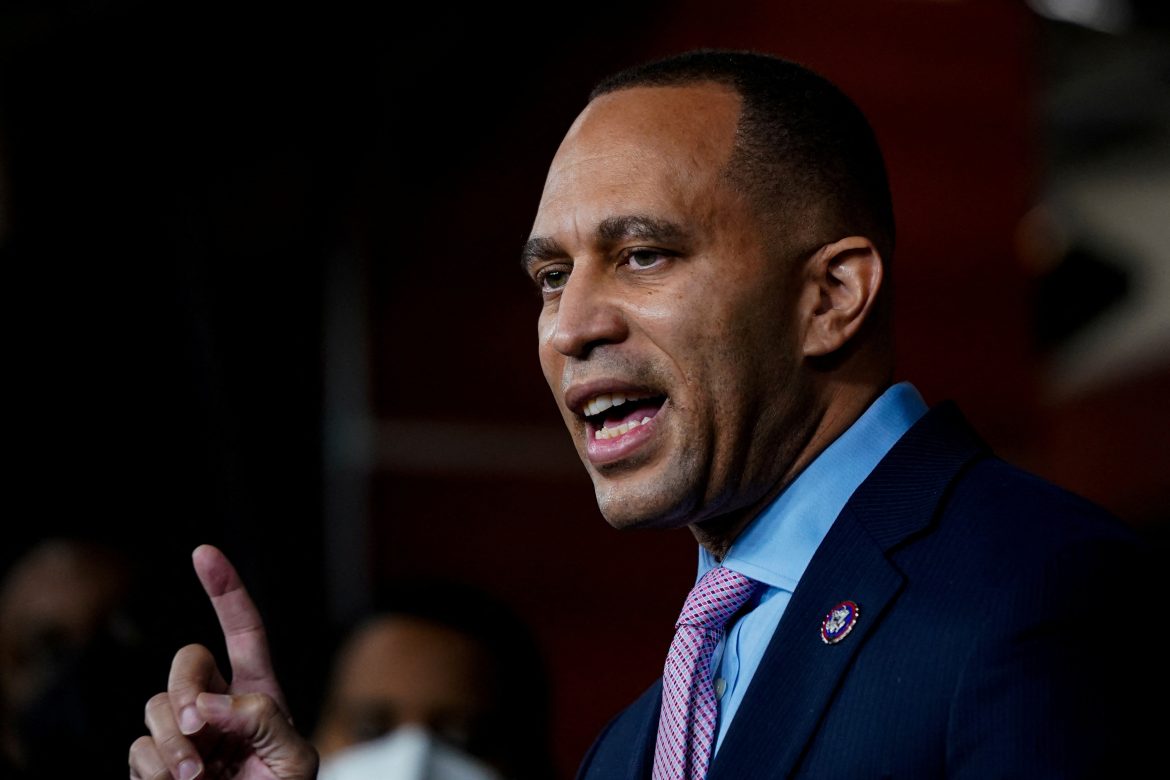 U.S. House of Representatives Speaker Nancy Pelosi’s decision to step down from her leadership role after her fellow Democrats lost their majority in last week’s midterm elections positions Hakeem Jeffries — a liberal congressman from New York — as a likely top contender to lead the party for the next two years.

Pelosi announced on Thursday that she will step down as Congressional party leader, but will remain in the House.

Jeffries, 52, would be the first Black House Democratic leader, representing both the party’s diverse voter base and bringing a new generation of leadership. Pelosi, the first woman to hold the job of speaker, is 82, and two other members of the party’s leadership are in their 80s. House Democrats are scheduled to vote on their leaders on Nov. 30.

Jeffries, who has held the leadership post of House Democratic Caucus chairman since 2019, also would represent a stylistic contrast to Pelosi, who made her announcement on Thursday. She has proven in two stints as speaker to be hard-charging whereas he is generally considered more reserved.

“It’s Jeffries’ to lose,” said one House Democratic aide keeping close watch of leadership jostling, who asked not to be identified.

Pelosi and other senior Democrats have been under pressure to give way to a younger generation of Democrats in the 435-seat House.

Some other top Democrats may also covet becoming the top House Democrat.

Current House Democratic Leader Steny Hoyer, 83, said he would not seek a leadership position in the next Congress and backed Jeffries.

Also in the mix for the top leadership job might be the current No. 3 House Democrat, 82-year-old James Clyburn of South Carolina. Clyburn has been an important voice in the Congressional Black Caucus and played a major role in energizing President Joe Biden’s 2020 primary election campaign.

Clyburn told reporters ahead of Pelosi’s announcement that he intends to remain in the House Democratic leadership regardless of the path she takes.

“I plan to stay in leadership. I’ve been saying that all year,” Clyburn said, adding that he has “no idea” which leadership post he would fill in the next Congress.

“It’s up to the caucus,” Clyburn said.

Representative Katherine Clark, 59, of Massachusetts is likely to run for the No. 2 Democratic leadership job, a post known as “whip.” Clark has served in leadership positions and, like Jeffries, is a member of the Congressional Progressive Caucus. Moderate Californian Pete Aguilar could move up from vice chairman of the caucus to become chairman, the job Jeffries now holds.

The next House Democratic leader will be expected to work closely with others in party leadership on legislation, strategy and messaging.

Democratic Representative Adam Schiff, 62, has also risen in prominence over the past few years thanks to his leading role in the impeachment of Donald Trump and the subsequent investigation into the Republican former president’s role in the attack by his supporters on the U.S. Capitol on Jan. 6, 2021.

But Schiff does not have his eyes on a House leadership position and instead is considering a run for the U.S. Senate, a source familiar with his thinking said, speaking on condition of anonymity.

The post of minority leader wields far less clout that the speaker. The Democratic leadership team’s duty in the minority will be deciding if and when to help Republicans get essential legislation passed such as government funding bills, amid potential revolts from far-right Republicans.

Republican Kevin McCarthy, positioning himself to become speaker, will preside over a very narrow majority in the chamber, with no more than seven votes to play with, depending on the outcome of the few remaining House races still up in the air, with votes still being counted.

Top Democrats also will be responsible for promoting Biden’s agenda in the final two years of his term. And it would defend him during any Republican-led House investigations of his administration or his family.

The party leader also plays a key role in raising campaign funds for House Democratic candidates — a task at which Pelosi excelled, having raked in hundreds of millions of dollars in her two-decade run.