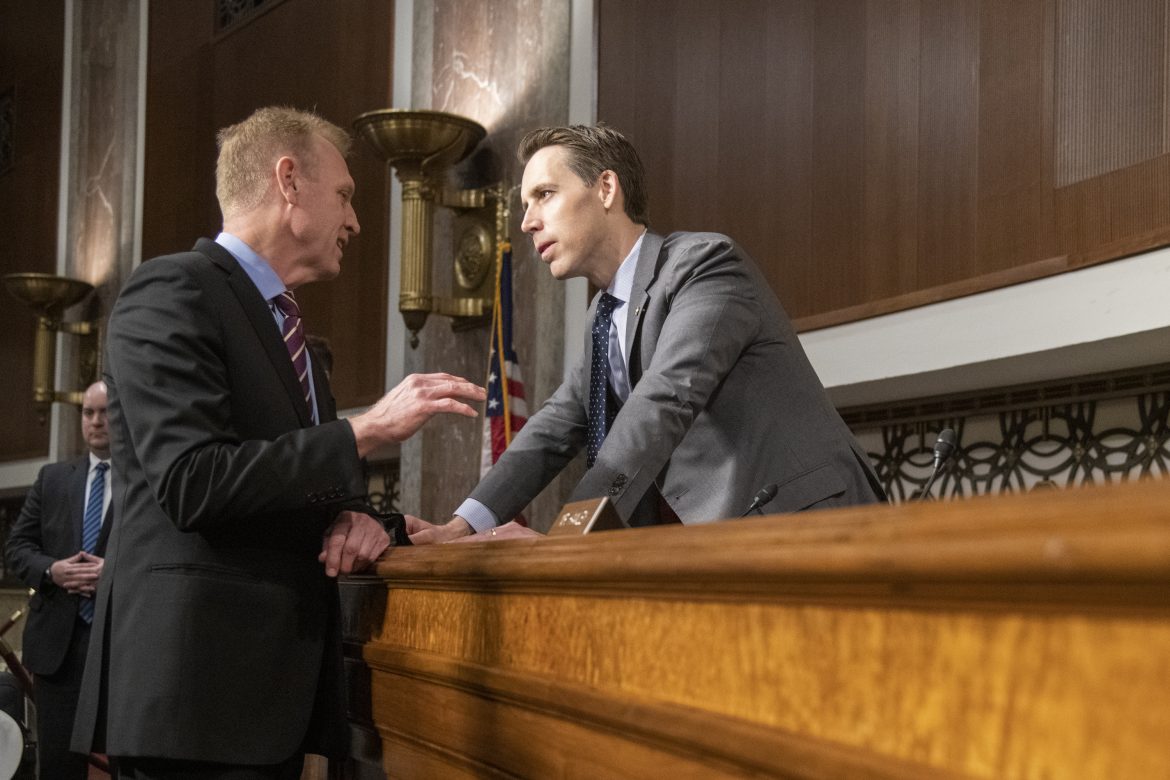 Missouri Sen. Josh Hawley says the real loser in the midterm was not former President Donald Trump or the candidates he endorsed but old-school Republicans like Senate Minority Leader Mitch McConnell of Kentucky.

Hawley has been ramping up pressure for his fellow Republicans to remove McConnell from his leadership position in the upper chamber and is now using less-than-stellar returns for Republicans at the ballot box as a springboard into a more forceful attack.

Thursday, Hawley criticized McConnell for being among a handful of Republicans who agreed to support new gun legislation earlier this year and for being central in the passage of a bipartisan infrastructure bill. Both pieces of legislation rank among the biggest wins of the first two years of Joe Biden’s presidency.

In a subsequent tweet, Hawley added, “What are Republicans actually going to do for working people? How about, to start: tougher tariffs on China, restore American jobs, open up American energy full throttle, 100k new cops on the street. Unrig the system.”

What are Republicans actually going to do for working people? How about, to start: tougher tariffs on China, reshore American jobs, open up American energy full throttle, 100k new cops on the street. Unrig the system

It is hardly a surprise that Hawley, among the stauncher Trump supporters in the Senate, would emerge as a top critic of McConnell. Long before Election Day, Trump spent months angling to dislodge McConnell from his long-held position of prominence.

“Mitch McConnell is not an Opposition Leader, he is a pawn for the Democrats to get whatever they want,” Trump wrote on Truth Social in August. “He is afraid of them, and will not do what has to be done. A new Republican Leader in the Senate should be picked immediately!”

Hawley, along with newly-elected Missouri Sen, Eric Schmitt, vowed to not support McConnell as Senate Majority or Minority leader even before Election Day.

“I’m not sure if any other senator will run or not,” Hawley said during an interview with Fox News on Election Day. “Nobody’s indicated they would. But my view is that we need new leadership in that position.”

A week ago, Politico reported that Hawley hoped to form an alliance with Ohio’s JD Vance and Arizona’s Blake Masters and begin to push for an overhaul of the Senate. Besting McConnell would be among the trio’s plans.

But that plan might hit a snag. While Vance was elected, Masters is trailing in Arizona as of this writing.

We might never know how that challenge would play out. Post-midterm grumblings from Republicans seem to have scuttled Scott’s desire for advancement at present.

McConnell has remained quiet on his future of late. He still has four years left in his current term.