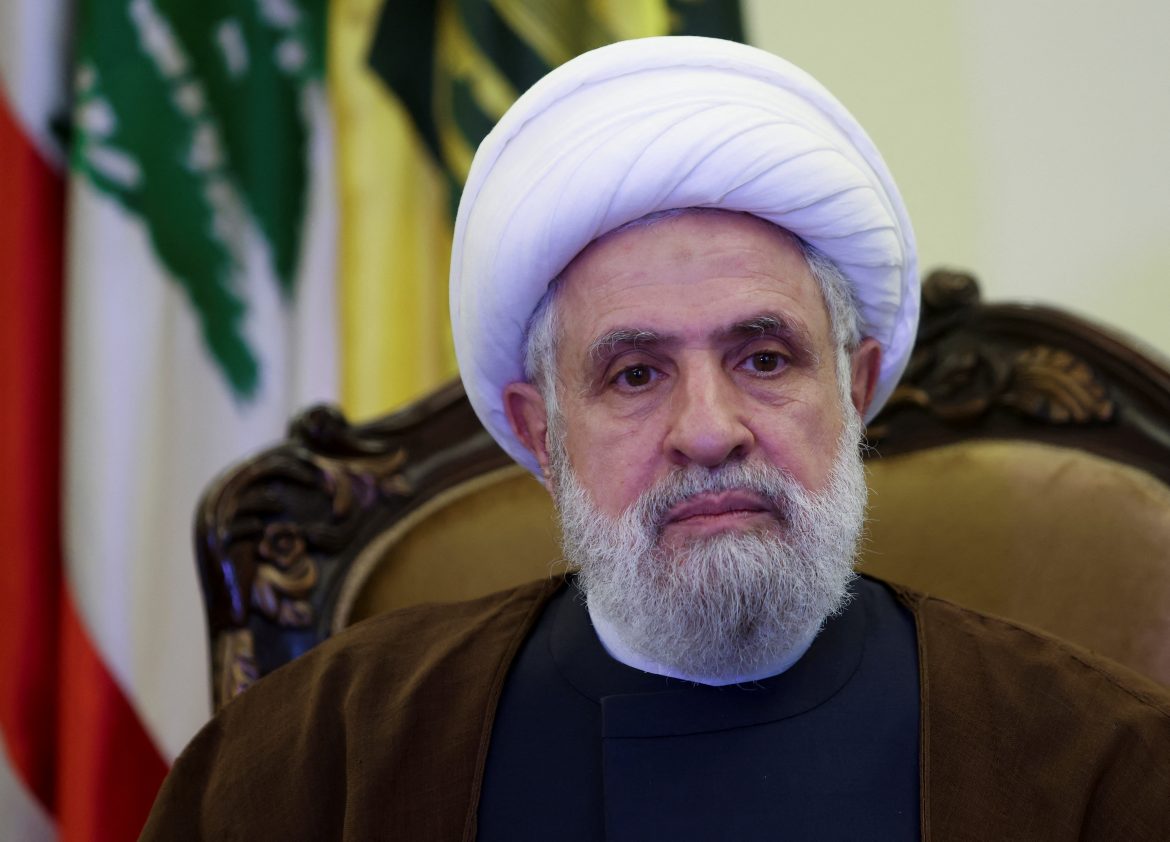 Hezbollah is ready to take action “including force” against Israeli gas operations in disputed waters once the Lebanese government adopts a clearer policy, the heavily armed movement’s deputy leader told Reuters on Monday.

Sheikh Naim Qassem’s comments came a day after a vessel operated by London-based Energean arrived off the coast to develop a gas field known as Karish.

Israel says the field is part of its exclusive economic zone while Lebanon has begun to claim it lies within its territory.

Lebanon’s president and premier in statements both warned Israel against operations in Karish, prompting fears of a violent escalation over the issue.

Hezbollah, which possesses an arsenal that some experts say rivals that of the Lebanese army, said on Monday it would act only if Lebanon’s government formally accuses Israel of violating maritime rights.

“When the Lebanese state says that the Israelis are assaulting our waters and our oil, then we are ready to do our part in terms of pressure, deterrence, and use of appropriate means – including force,” Qassem said.

“The issue requires a decisive decision from the Lebanese state,” he added, saying that Hezbollah “urged the government to hurry up, to set a deadline for itself”.

Qassem said the Iran-backed group would act “no matter the responses” even if it led to a broader conflict.

Lebanon said on Monday it would invite a U.S. mediator to Beirut to resume indirect negotiations with Israel over the disputed maritime boundaries, which have been stalled since last year.

Beirut is hoping to reach an agreement that could then help it unlock valuable gas reserves to ease its worst-ever financial crisis.

In late May, Lebanon’s cabinet passed a long-awaited recovery roadmap, despite objections by Hezbollah ministers.

On Monday, Qassem hinted that a fresh plan would have to be negotiated since Lebanon’s parliamentary elections last month had triggered a new government formation process.

Hezbollah and its allies lost the parliamentary majority in the vote, but have retained control over the roles of parliament speaker and deputy speaker.

“The most important step that we must take as soon as possible is forming a government, because the country without a government will collapse towards an even worse situation,” he said.

He declined to comment on whether Hezbollah would approve a new term for caretaker premier Najib Mikati or if it had suggested names as a successor to President Michel Aoun, a key ally of Hezbollah whose term ends in late October.

Qassem said the next priority would be focusing on financial recovery. While Hezbollah has expressed skepticism about Lebanon’s preliminary relief agreement with the International Monetary Fund, he said such a deal was a “necessary bridge” to access other funding.