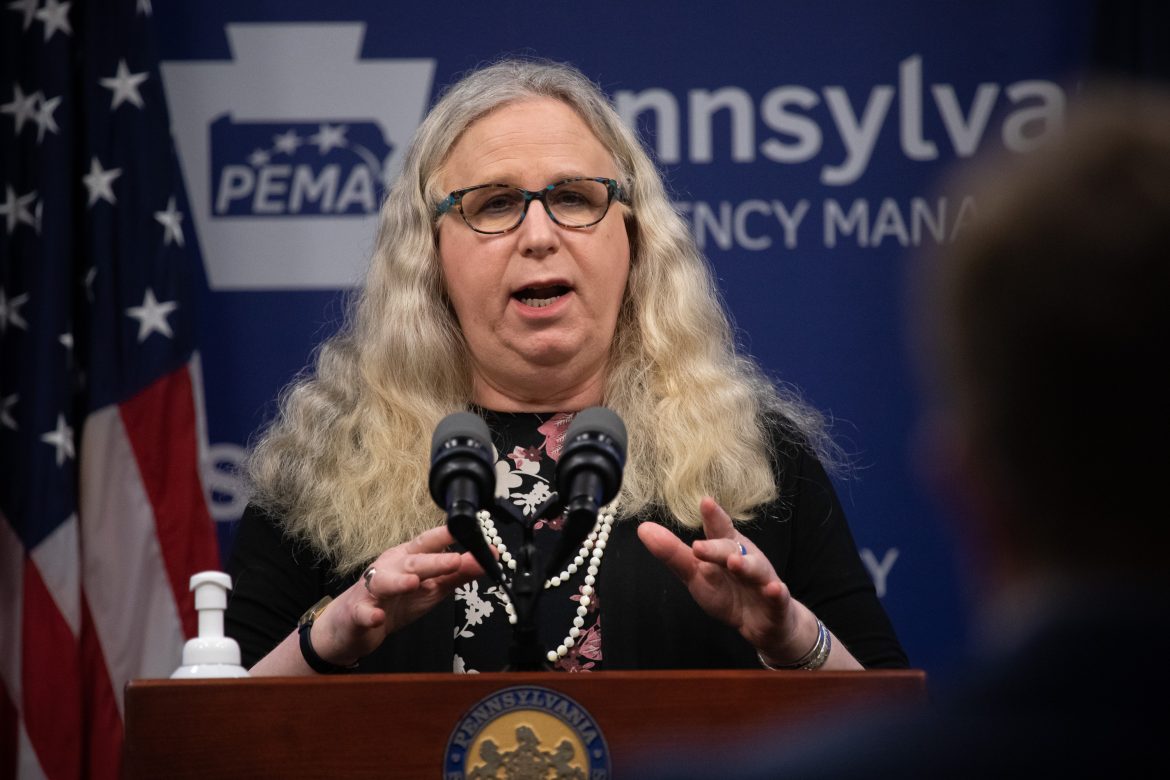 “There is substantial misinformation about gender-affirming care for transgender and gender diverse individuals,” said Levine, a biological male who identifies as female. “We are, in this nation, facing an onslaught of anti-LGBTQI+ actions at the state levels across the United States, and they are dangerous to the public health.”

“The positive value of gender-affirming care for youth and adults is not in scientific or medical dispute,” Levine said, despite the demonstrably false nature of the claim. A growing number of countries have begun to ban the hormone and surgical treatments for minors that Levine calls “gender-affirming care” due to their irreversible and harmful nature.

“We need to get our voices in the public eye, and we know how effective our medical community can be talking to communities, whether it’s at town halls, schools, conversations with others, and we need to use our clinicians’ voice to collectively advocate for our tech companies to create a healthier, cleaner information environment,” Levine said.

Levine originally made the comments in a May 27 Zoom call with the Federation of State Medical Boards, but the video began circulating online Monday.

Levine’s comments were widely panned by conservatives. “When fascism comes to America, it will be under the guises of Health and Safety,” tweeted commentator Rod Dreher.

Rep. Warren Davidson (R-Ohio) also weighed in with a biology lesson, writing, “Admiral asserts ‘need’ for Ministry of Truth. To deny this: xy ≠ xx It takes male & female to reproduce. Every egg is x. Sperm is y or x. At conception (save exceedingly rare cases), the baby human is xy (male) or xx (female). Nothing changes reality. Embrace the science.”

The Biden administration has consistently supported the transgender cause throughout Biden’s presidency, with Levine often leading the charge. Levine has advocated for gender-affirming care, including gender transition surgery and puberty blockers for minors as well as adults. In July, Biden issued an executive order directing HHS to expand access to gender-affirming care.

Levine is also no stranger to controversy. Last week, he was called out for hypocrisy after saying of his transition, which happened later in life, “I have no regrets because if I had transitioned when I was young, I wouldn’t have my children.”

This is pure evil. @MattWalshBlog here is Dr. Levine admitting that he wouldn’t have his children if he had been affirmed when he was younger. But he is actively trying to destroy everyone else’s children. pic.twitter.com/upeH6xc1Tq

Critics noted that Levine is now promoting treatments on youth that would prevent their ability to have children in the future.

Last year, Levine became the first transgender person to be confirmed by the Senate to a cabinet-level position in a president’s administration.