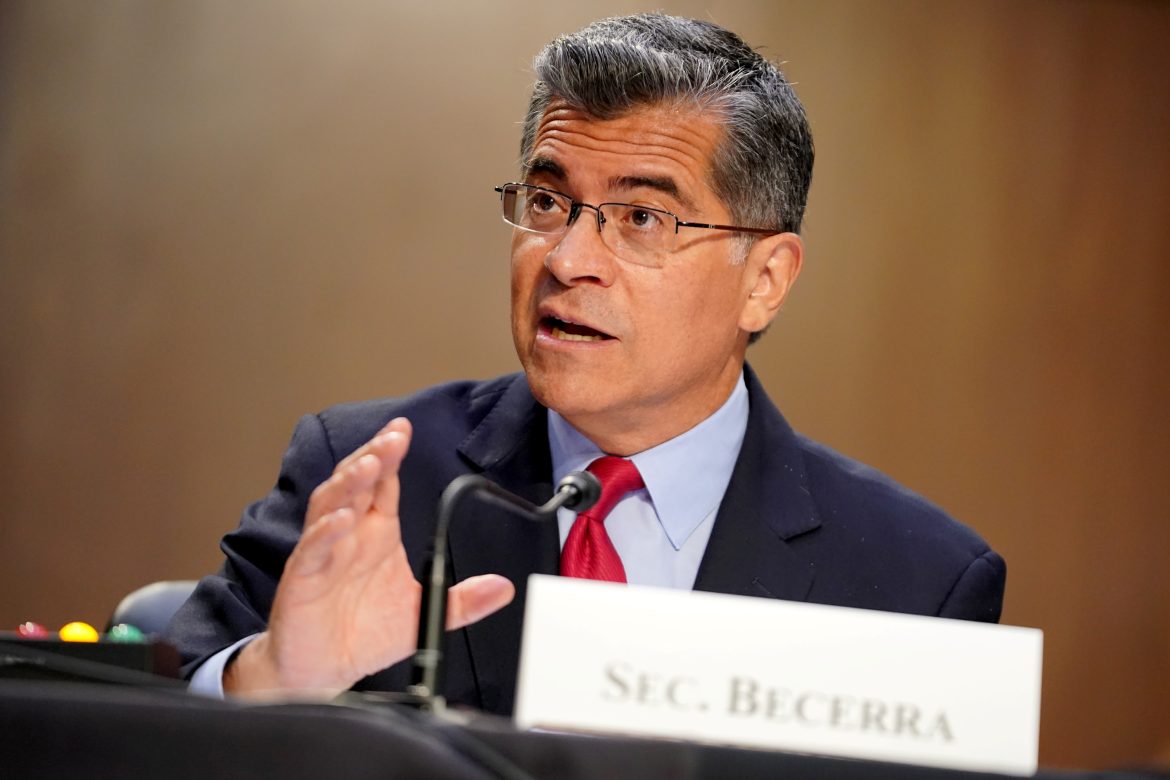 Several members of the executive branch of government are pushing back against the Supreme Court of the United States’ ruling that overturned federal protections for abortion rights. Health and Human Services Secretary Xavier Becerra said Tuesday that the Biden administration is actively looking for responses to the Dobbs v. Jackson Women’s Health Organization ruling, according to Fox News.

During questioning, Becerra recently claimed that his agency and others were looking into the possibility of opening abortion clinics on federal lands that were not subject to state abortion bans:

“Every option is on the table,” Becerra said. “We will take a look at everything we can. And everything we do will be in compliance with the law.” The HHS Secretary went on to say that the Biden administration  “aware of a number of ideas, proposals, many of which we have been considering internally ourselves,” but that they “have made no decisions yet.”

The administration official also commented that his agency was working with the Department of Justice to ensure that states do not ban medication-based abortions as some have with other forms of abortions, stating that the Supreme Court’s ruling was “despicable,” but “not unpredictable.”

The secretary acknowledges that there was “misinformation” circulating about the Supreme Court’s ruling. “We have to make sure Americans know what their rights are,” Becerra said. “We want to make sure it’s clear that Americans didn’t lose every right they have,” he continued. “Americans still can assert their rights. And we will do everything we can to protect them.”

The White House Press Secretary, however, denied that the Biden administration is exploring the possibility of placing abortion clinics in national parks and other federal lands, according to The Daily Wire. White House Press Secretary Karine Jean-Pierre contradicted the suggestion made by  Sen. Elizabeth Warren (D-MA) Warren during a recent interview with The Washington Post.

“They could put up tents, have trained personnel — and be there to help people who need it,”  Warren said in a recent interview with The Post’s Caroline Kitchener in regard to hosting abortions at National Parks. “It’s time to declare a medical emergency … The point is the acknowledgment of the emergency situation and the urgency of getting help out,” Warren said in the interview. “People need help immediately.”

Jean-Pierre was asked about the statement by a reporter during a press briefing aboard Air Force One.

The press secretary responded: “we understand the proposal is well-intentioned, but here’s the thing: It could actually put women and providers at risk,” before going on to say that it could lead to prosecution for parties involved: “And importantly, in states where abortion is now illegal, women and providers who are not federal employees — as you look at the federal lands — could be — potentially be prosecuted,” she added, claiming there are “actually dangerous ramifications to doing this.”

When pressed further Jean-Pierre noted that “we’re looking at an array of other options.”

“What about the idea of financial resources?” Bash asked, referencing childcare services and other support for women wanting to end their pregnancies by going out of state to an abortionist.

Harris responded, “I think you’re asking a very important point, making a very important point which is what are the details that are going to go into ensuring the women have the ability to actually travel without impairment and we know that on this issue, women who have access to resources will probably be far less impacted by this decision than women who don’t have resources.”

“So this is something that we are looking at because we know, for example, in terms of how this is going to actually impact real people, over half of women who receive abortions in America are moms,” she said. “That means that if they’re going to have to travel, they’ve got to find daycare and pay for it.”

“It means they may have to put up money for a train or a bus or a plane, much less a hotel, and so we want to make sure that there does not result extreme disparities or any disparities based on who can receive care based on how much money they’ve got.”