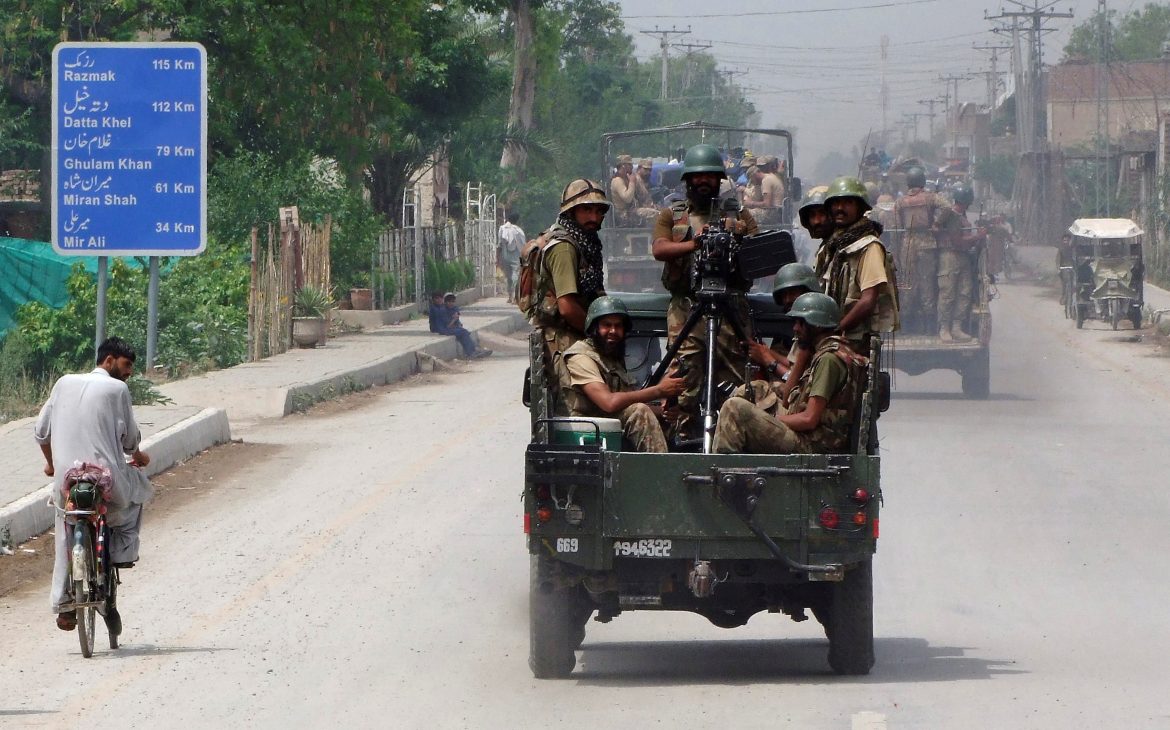 Pakistani authorities on Monday opened talks to try to resolve a stand-off with Islamist militants who were holding several security personnel hostage after seizing control of a counter-terrorism facility in the country’s northwest a day earlier.

Security forces have surrounded the highly-fortified military cantonment that houses the interrogation center in the town of Bannu, where around 20 fighters from Tehreek-e-Taliban Pakistan (TTP) – an umbrella group of Islamist and sectarian groups – are holed up.

According to a provincial government spokesman, the militants were demanding safe passage to Afghanistan.

“We are in negotiations with the central leaders of the Pakistani Taliban in Afghanistan,” said Mohammad Ali Saif, a spokesman for Khyber Pakhtunkhwa provincial government.

He said the authorities were yet to receive a response from the Pakistani Taliban, adding that relatives of the militants and local tribal elders had also been involved in starting talks with the Islamists inside the facility.

At least one counter-terrorism official was killed by the militants, who according to authorities had snatched weapons off their guards while under interrogation.

He did not say how many security personnel were being held hostage. An intelligence officer told Reuters, however, that there were six hostages – four from the military and two from counter-terrorism.

The TTP, which has stepped up attacks since it announced the end of an Afghan Taliban-brokered ceasefire with the government last month, has long used violence in a bid to take over the country and enforce its own harsh brand of Islam.

The hostage situation comes a day after the TTP claimed the killings of four policemen in a nearby district.

The militants in control of the interrogation facility had demanded a safe passage to Afghanistan, a TTP statement sent to a Reuters reporter said. It added the TTP had also conveyed the demand to Pakistani authorities but had not heard any “positive” response.

Bannu district sits just outside North Waziristan, a lawless tribal region bordering Afghanistan that has long been a safe haven for militants.

In Waziristan, a suicide bombing killed an army soldier and two civilians on Monday in the Miran Shah area, a military statement said.

Security officials told Reuters that the bomber, who was riding a three-wheeler, rammed into a military vehicle.

No one has claimed responsibility for the attack.

Pakistan’s military has conducted several offensives in the tribal areas since 2009, at a time when it was fully controlled by local and foreign Islamist militants.

The operations forced the militants and their leadership to flee to neighboring Afghan districts. Islamabad says there they set up training centers to plan and launch attacks inside Pakistan, a charge Kabul denies.