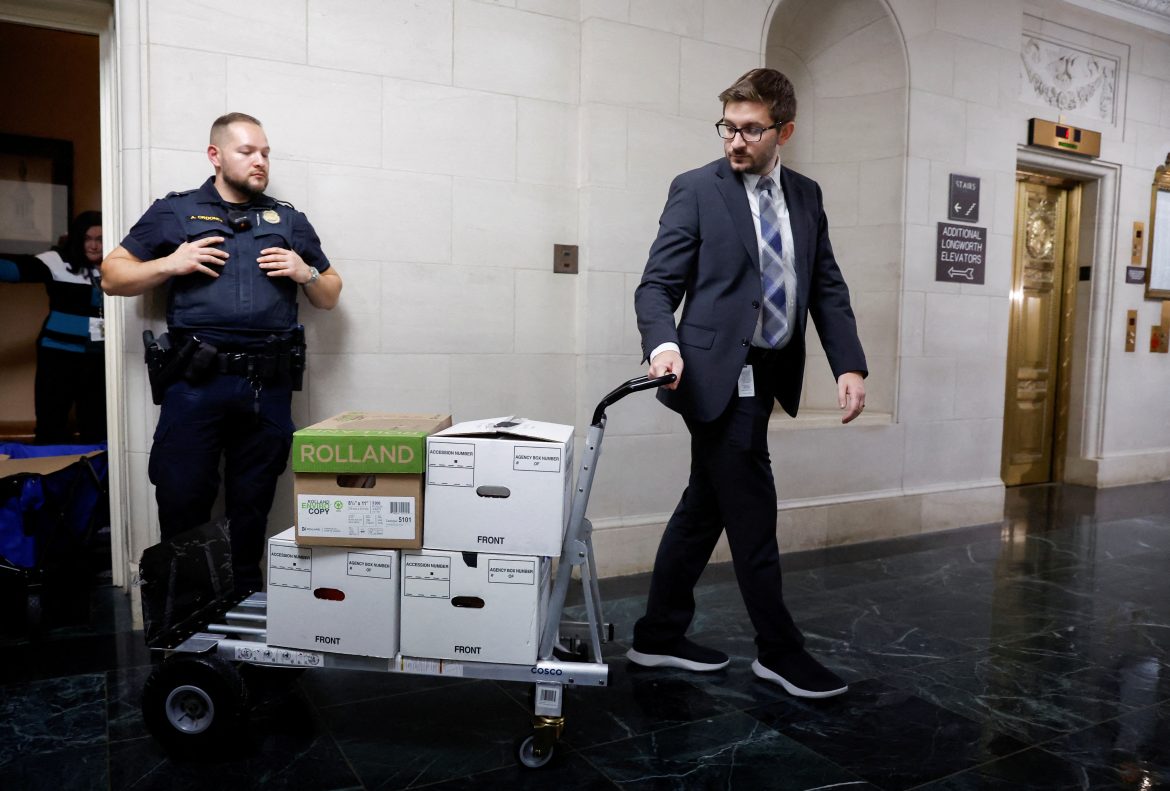 The House Ways and Means Committee has made former President Donald Trump’s tax returns public, following years of speculation regarding his filings with the Internal Revenue Service (IRS).

The Democrat majority panel voted along party lines Tuesday to make the information available Wednesday, which is the same day that Congress’s Jan. 6 committee is scheduled to issue its final report on the riot on Capitol Hill early last year.

According to MSN, the Ways and Means Committee issued a 29-page report that gave an overview of their investigation into the Internal Revenue Service (IRS) policy that requires an audit of the returns filed by presidents and vice presidents.

The panel discovered that the IRS had mainly ignored its own internal directive and had only started to look at Trump’s returns after being questioned about the procedure. According to the article, only one year of Trump’s returns from while in office was chosen for the required review, and the audit was not finished by the time he departed the White House.

In another 39-page report released by the Joint Committee on Taxation (JCT), there was a summary of Trump’s personal tax forms and business entities released, which included forms from 2019, which was the last year that the committee obtained records.

According to some reviews of the JCT report, Trump’s documents seemed to indicate that he owed no taxes. The former president claimed on the forms he had a negative adjusted gross income of $4 million as a result of his $15 million in claimed company losses. According to the allegation, Trump then requested a $5 million return. Trump paid $750 in federal income taxes in 2016 and 2017, despite having declared millions in negative income in both years. The report states that he didn’t pay any taxes in 2020.

Trump’s returns, despite the fact that all presidents are supposed to be subject to automatic audits, received little IRS scrutiny, according to Ways and Means Committee Chairman Richard Neal (D-Mass.)

“For all practical purposes, the research that was done as it relates to the mandatory audit program was nonexistent. The tax forms were really never audited, and only my sending a letter at one point, prompted sort of a rearview response,” Neal said during a news conference after the vote.

“The Ways & Means Committee’s report makes clear the legislative steps that must now be taken to guard the public trust, and we will move swiftly to advance Chairman Richard Neal’s legislation requiring the Internal Revenue Service to conduct an annual audit of the president’s finances,” Pelosi said.

Rep. Kevin Brady (R-Texas), the committee’s ranking GOP member, blasted the Democrats’ action and claimed that when they voted, committee members were unaware of “exactly what we are releasing.”

FISM previously reported that in November, the committee and the Justice Department asked the Supreme Court to deny Trump’s Oct. 31 emergency application to block a lower court’s ruling that upheld the request for the records as a justified part of the panel’s legislative work while his lawyers prepare an appeal.

The committee argued that the IRS policy “does not address what to do regarding a president who, like former President Trump, owned hundreds of business entities, had inordinately complex returns, used aggressive tax avoidance strategies, and allegedly had ongoing audits.”

Trump’s attorneys pushed back saying the committee’s explanations were “pretextual,” saying its real aim is to publicly expose his tax returns and unearth politically damaging information about Trump, who is considering another run for the presidency in 2024.