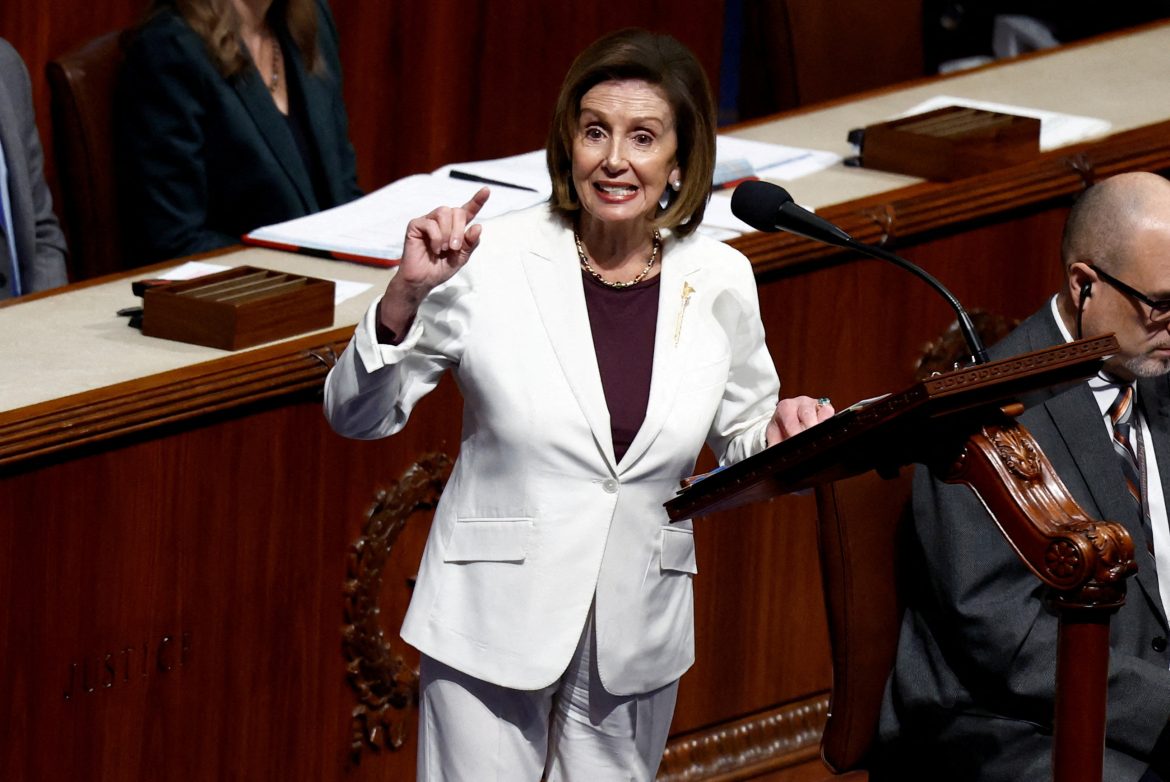 The Democratic-controlled U.S. House of Representatives on Friday passed a $1.66 trillion government funding bill that provides record military funding, $45 billion to Ukraine, and tens of millions of dollars to leftist LGBTQ and climate programs.

The spending bill for the fiscal year ending Sept. 30 was approved on a largely party-line vote of 225-201, following Senate passage that included 18 Republicans who crossed party lines to approve the package the previous day.

The legislation now goes to President Joe Biden for signing into law.

Without action by Congress, federal agencies throughout the government would have had to begin furloughing workers and shuttering non-essential services beginning at midnight Friday.

The vote marked the close, for all practical purposes, of the 117th Congress, which delivered major victories to Biden over the past two years. These included a massive COVID-19 aid stimulus bill, the first major infrastructure investment measure in years, and a bill investing billions of dollars to battle climate change.

Conservative House Republicans went on the attack at the start of House debate, criticizing the overall cost of the bill which they said was riddled with wasteful spending that has stoked inflation in the United States.

The bill, of over 4,000 pages, was passed on Thursday in the Senate on a bipartisan vote of 68-29, with the support of 18 Senate Republicans including Senate Minority Leader Mitch McConnell.

House Republican Leader Kevin McCarthy called the appropriations bill a “monstrosity” and “one of the most shameful acts” he has seen in Congress.

McCarthy, who is seeking to become the next speaker of the House, has been struggling to shore up support from his most conservative Republican members, who contend that he has not yet nailed down enough support to win that election on the first ballot on Jan. 3.

National security concerns prompted legislators to include a provision to ban the use of the Chinese-owned social media app TikTok on federal government devices.

While many House Republicans said they preferred to simply legislate another temporary funding bill extending into early next year, the massive full-year measure takes a heavy load off of Republican leaders who will take control of the chamber on Jan. 3 as a result of November’s midterm elections.

That will allow House Republican Leader Kevin McCarthy to avoid a fierce fight at the start of the new year and focus on his run for the powerful position of House speaker.

While the majority of his caucus supports him, a vocal minority of conservative Republicans have voiced opposition to his candidacy, a concern since he needs a majority of the 435-member House to support him.

Democrats are likely to support their newly selected leader, Representative Hakeem Jeffries, to be speaker in a mostly symbolic effort.