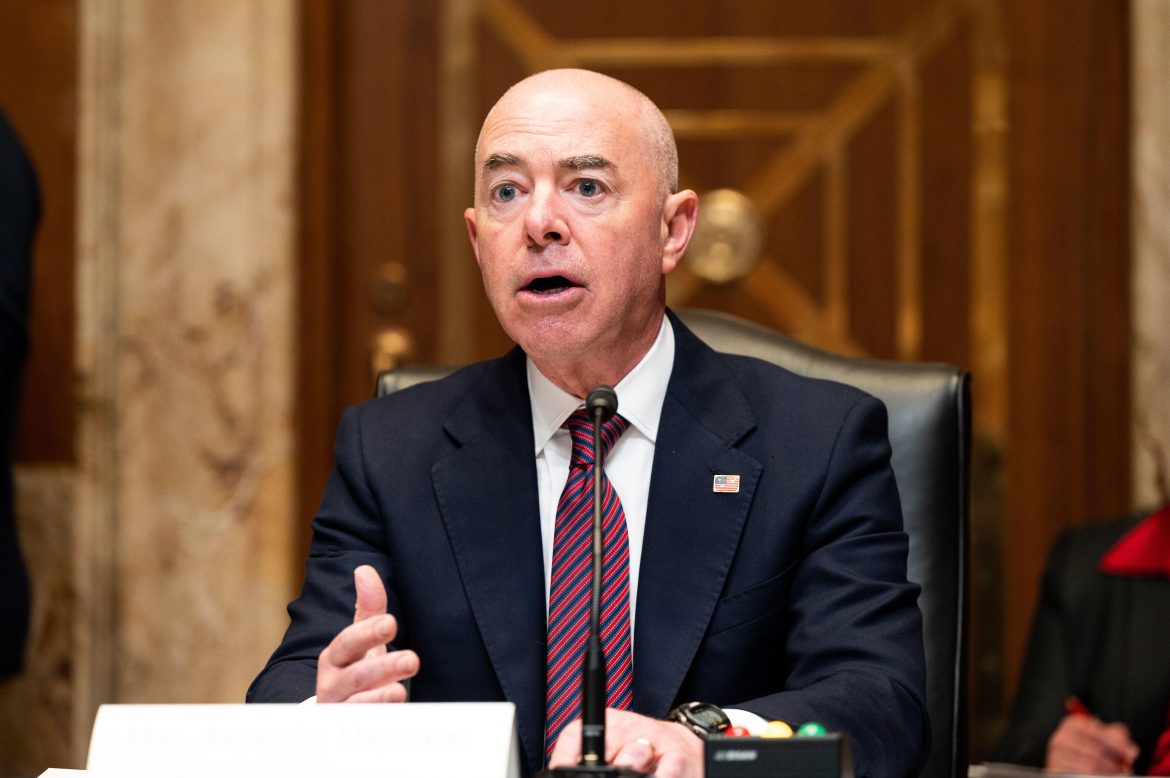 While the full text of the filing was not available as of this writing, the title of Fallon’s resolution includes the phrase “for high crimes and misdemeanors,” which clarifies on what grounds Fallon is seeking impeachment.

Republicans in the House and Senate have spent several years accusing Mayorkas of not performing the duties of his office, citing the crisis at the U.S.-Mexico border.

“It is unfortunate that we have gotten to this point, but it is necessary,” Fallon said in a statement. “Secretary Mayorkas’s potential impeachment is not an accident. He has willfully abdicated his duties as Secretary of Homeland Security and actively misled Congress and the American people. To make any progress at our southern border, he must go.”

Barring some incredible change of opinion from numerous Senate Democrats, there is little chance Mayorkas is voted out of his position but, assuming House Republicans vote as one, he will face a lengthy battle which could potentially lead to further public pressure to resign.

During an appearance on ABC News Sunday, Mayorkas said he had no intention to resign and would “continue to do my work throughout” any hearings.

NBC News reported Tuesday that the Department of Homeland Security, through spokesperson Marsha Espinosa, responded to the filing of articles by stating Congress “can do better than point the finger at someone else; they should come to the table and work on solutions for our broken system and outdated laws, which they have not updated in over 40 years.”

As of now, Fallon’s resolution has been referred to the House Judiciary Committee, which is chaired by Rep. Jim Jordan (R-Ohio) and will be responsible for deciding to bring the matter before the full Congress.

Jordan had not, as of this writing, issued any statement on the potential impeachment of Mayorkas.

Speaker of the House Kevin McCarthy (R-Calif.) indicated that this was but one of many steps the Republican-led House would take to hold the Biden administration accountable.

“After more than 40 years as a politician, why do you think President Biden finally visited our Southern border for the first time?” McCarthy tweeted Tuesday night. “He knows what’s coming. The newly sworn-in Republican House is going to use every power we have to make sure we protect this country.”

After more than 40 years as a politician, why do you think President Biden finally visited our Southern border for the first time?

He knows what's coming. The newly sworn-in Republican House is going to use every power we have to make sure we protect this country. pic.twitter.com/xNMKypzGFS

Although the full text of Fallon’s resolution will not be available for another day or two due to a lengthy federal publishing process, it is not hard to predict on what grounds Republicans are likely to attack Mayorkas.

The secretary has been criticized for failing to uphold — while also fighting to end — the Trump-era Title 42 and “remain in Mexico” policies while record numbers of undocumented migrants have flooded the southern border.

Mayorkas, who visited the border with President Joe Biden Sunday, is in Mexico for joint meetings among the U.S., Mexico, and Canada. He recently accused Texas Republican Gov. Greg Abbott of not coordinating with the federal government to solve the border crisis.