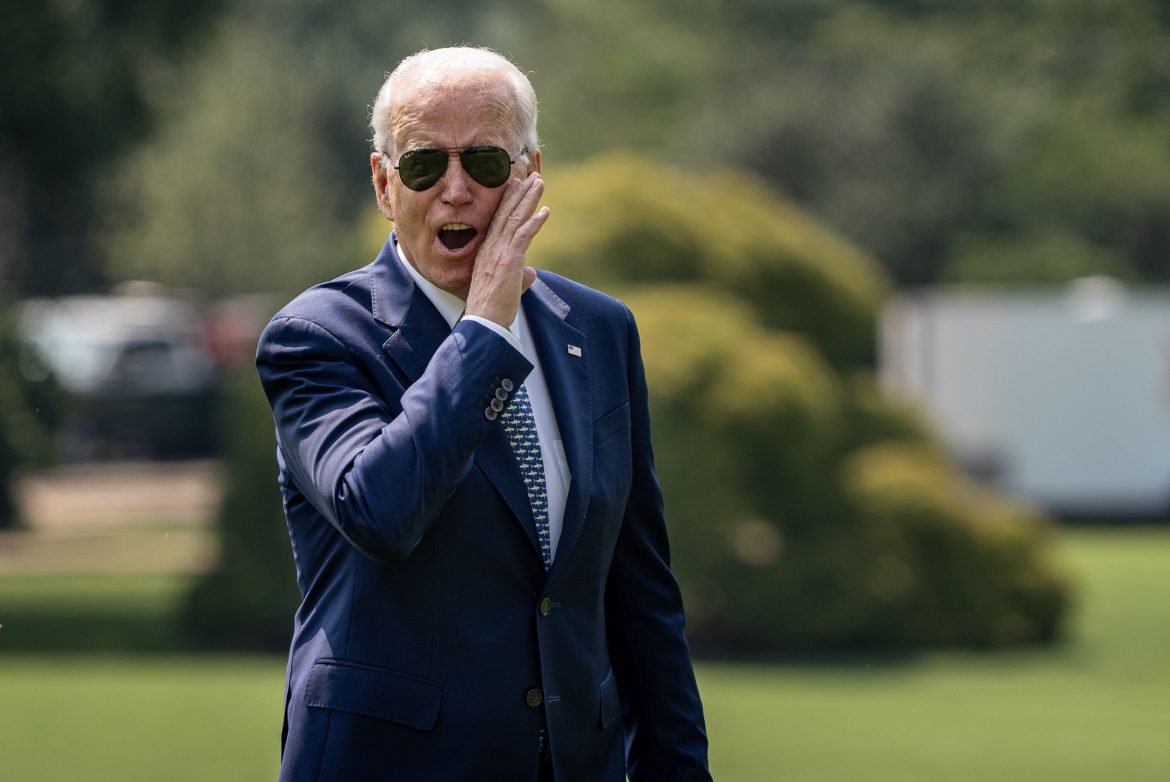 Congressional Republicans are demanding answers from the Biden administration over the Secret Service’s claim that there are no visitor logs of who has visited the president at his Delaware residences, where he is alleged to have had meetings with his son, Hunter’s, business associates in the past.

“We already know Hunter Biden and his illegal ties and relationships with outside entities have threatened U.S. national security, and House Republicans are leading the effort for accountability,” Stefanik said. “Now, we must know why this administration continues to obstruct the truth on whether anyone else is influencing this administration.”

Stefanik pointed out that Biden has spent roughly one-quarter of his presidency out of public view at his Wilmington and Rehoboth Beach properties.

“Every American deserves transparency on who is meeting with this president — especially as he has continued to hide from them in his basement in Delaware,” she continued, adding that “House Republicans are committed to a government that is accountable, and we will conduct critical oversight into the entire Biden Crime Family.”

The Post said it had filed a Freedom of Information Act (FOIA) appeal last month to obtain copies of visitor logs, which had been denied.

The president’s involvement in his son’s overseas ventures is one of several probes in the works by Congressional Republicans hoping to reclaim the House next month.

“This administration’s stonewalling and gaslighting must stop,” Rep. Guy Reschenthaler (R-Pa.) asserted. “Next year, House Republicans will conduct a fair and transparent investigation into the Biden family’s influence peddling and deliver the American people the answers they deserve.”

The Post pointed out that former White House Press Secretary Jen Psaki told reporters last August that the White House would not make visitor logs available to the public on the grounds that it would violate the Biden family’s privacy. However, the news service pointed out that Citizens for Responsibility and Ethics in Washington successfully sued for a list of the names of members of a Japanese delegation that visited then-president Trump at his Mar-a-Lago resort in 2017.

“The claim that there are no visitor logs for President Biden’s Delaware residence is a bunch of malarkey,” Rep. James Comer (R-Ky.) said.  The Kentucky lawmaker has been pegged to head up House Oversight Committee next year if Republicans retake the House.

GOP lawmakers have said that information about the Biden families’ lucrative business dealings with a Ukrainian energy company and businesses linked to the Chinese Communist Party have national security implications. +

Several Republicans have called out the president over his refusal to acknowledge China’s role in a global pandemic that has claimed the lives of millions of Americans. They also note that Biden once bragged that he actually withheld aid from Kyiv as a means of getting a prosecutor fired who was investigating Burisma Energy company as part of a major corruption probe. Hunter Biden sat on Burisma’s board at the time, though he had no previous experience in the energy sector. His father was serving as Vice President at the time.

These revelations hold further significance now that he continues to send Ukraine massive amounts of weapons and billions worth of aid.

“Americans deserve to know who President Biden is meeting with, especially since we know that he routinely met with [first son] Hunter’s business associates during his time as vice president,” Comey said.