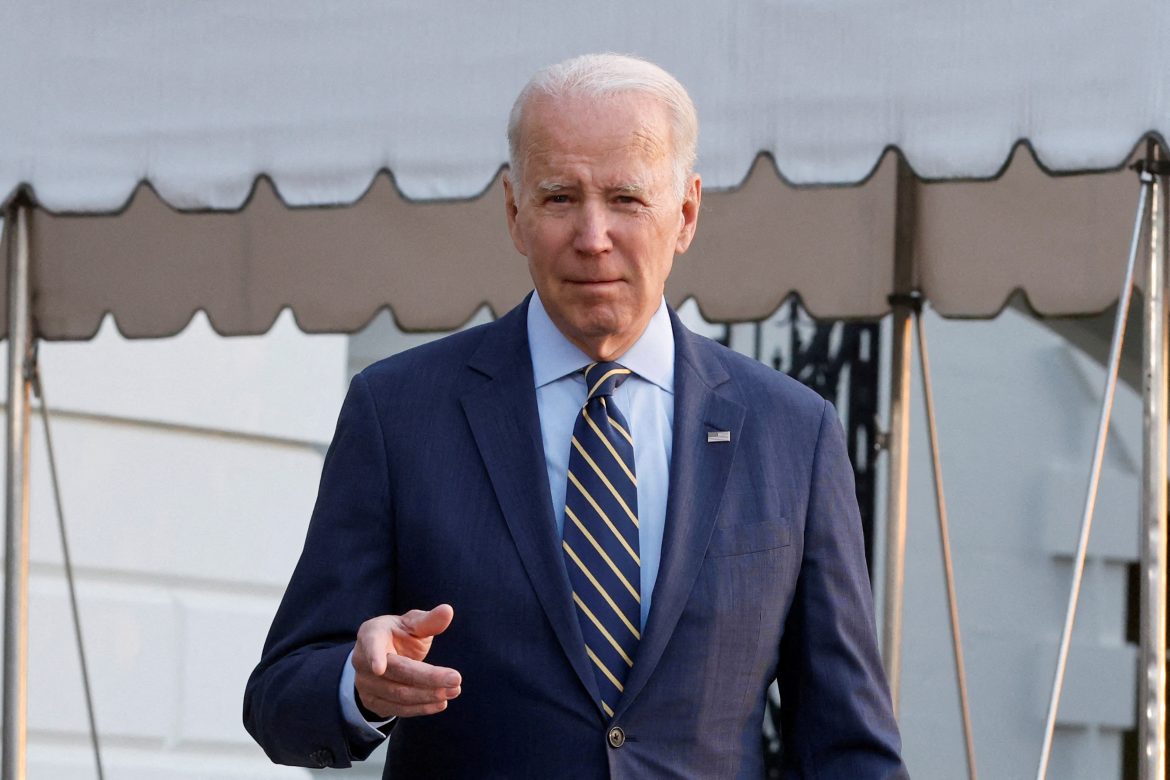 Democrats and Republicans alike agree that the discovery of classified documents at various properties belonging to President Joe Biden is a problem, and now Republicans are preparing to use the full might of their House advantage to both hold Biden to account and keep the matter ever in the forefront of the American voter’s mind.

This week, Rep. James Comer (R-Ky.), chair of the House Committee on Oversight and Accountability, wrote letters to both White House counsel Stuart Delery and the National Archives and Records Administration demanding answers on the discovery of classified documents – all connected to Biden’s time as Vice President – at the Penn Biden Center in Washington or the president’s Wilmington, Delaware, residence.

Comer also referred to Biden as having “three strikes” against him in terms of transparency, a reference to the fact that there has been a trio of announcements that documents have been found.

The White House has stated that Biden is cooperating fully with the investigation and, with the help of top Democrats (particularly those who appear on cable news shows) has been trying to undercut comparisons between the classified documents found in Biden’s possession and those found with former President Donald Trump.

Herrig, whose organization is connected to the Democratic Party, has also floated numerous talking points that Democrats can use to offset Republican accusations of hypocrisy.

Beyond being resolute in fighting the suggestion that Biden and Trump’s document cases are comparable, Democrats are struggling to find ground from which to defend Biden.

It’s hard to bay about Trump’s handling of classified material and then shrug away an issue that is, even if read as charitably as Democrats want, certainly similar.

Rep. Matt Cartwright (D-Penn.), a moderate who represents Biden’s hometown of Scranton, told Fox News it was time “to review how departing presidents and vice presidents are going about organizing the archiving of their documents both classified and unclassified because this can’t go on.”

Most Democrats are keeping their concerns quiet or are speaking to media outlets only on condition of anonymity. Both The Hill and CBS News have reported concerns are mounting that the president has harmed his reelection prospects and given Republicans valuable ammunition.

“This is going to be a pretty big problem for the president,” The Hill quoted a Democratic strategist as saying. “Republicans have always been good at drumming up scandal, and even though the situation here with Biden is completely different than the situation involving Trump, they’re going to act like this is a huge deal.”

Republicans have focused their rhetorical attack on three areas: a worry that Hunter Biden could have accessed his father’s classified documents, the timing of the announcement, and the fact that Biden’s properties have not been raided by the FBI.

In his letter to Delery, Comer expressed concern that Biden was storing classified documents, Comer and Republicans argue in an unsecured way, on the same property where Hunter Biden lived and conducted business with numerous international entities.

“Documents on file with the Committee reveal the same address appeared on Hunter Biden’s driver’s license as recently as 2018,” Comer’s letter reads. “The Committee is concerned President Biden stored classified documents at the same location his son resided while engaging in international business deals with adversaries of the United States.”

We have docs revealing this address appeared on Hunter's driver's license as recently as 2018, the same time he was cutting deals with foreign adversaries.

Rep. Marjorie Taylor Greene (R-Ga.) took the accusations a step further, arguing that the announcement of the Biden documents was a means of preventing Republicans from launching investigations into the dealings of both the president and his son.

Greene based her assertion around the likelihood that, with a special counsel having been appointed by Attorney General Merrick Garland, Biden administration officials will avoid answering questions in hearings on the grounds that such questions will be related to an ongoing investigation.

Greene’s remarks do not seem to be shared by many House Republicans and are not truly supported by the facts of the case currently available in the public domain.

First, there has been no evidence presented that the Biden administration conspired to thwart Republican investigations by self-reporting the document discovery at a convenient time.

Second, there are objectively more effective ways to stymie a House investigation that do not expose the president to legal threat or risk turning public opinion against him as he prepares to launch his reelection bid.

The president and his surrogates could fight against House subpoenas or appear before hearings and take the tried and true political approach of giving circular or vague answers.

Most conservatives who have expressed anger about the timing of the announcement have alleged that the administration kept the public and Congress from learning about the documents’ discovery until safely beyond the midterms.

In his capacity as chair of the Judiciary Committee, Jordan joined with Louisiana Republican Rep. Mike Johnson to demand an accounting of what the Justice Department knew about Biden’s documents and when they learned it.

“The American people deserve transparency and accountability from our most-senior executive branch law enforcement officials,” the pair wrote in a letter to Garland.

However, Greene is correct that the White House will now be tight-lipped about the investigation, a reality that worries Democrats.

While they do not share Greene’s read on the situation, people in the upper echelons of Biden’s party have lamented the fact that an ongoing investigation will limit what the White House can or will say about the document discovery.

CBS News reports that Democrats view this reality as a real threat to Biden’s ability to call himself a champion of transparency.

Iranian oil exports end 2022 at a high, despite no nuclear deal