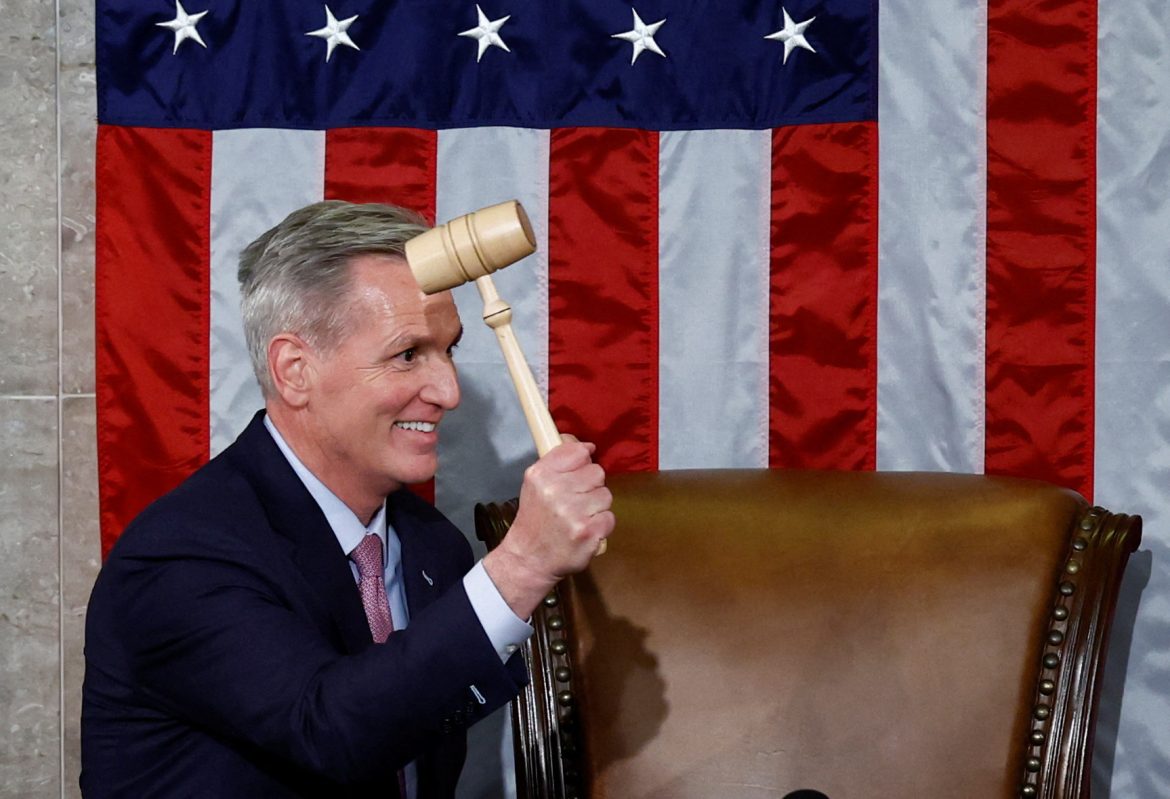 Republican representatives rescinded over $70 billion in funding for the Internal Revenue Service (IRS), passed by Democrats last year, with their first bill passed as the House Majority. While Republican House members celebrated their first official act, it is highly unlikely that the new legislation will move past the Senate where Democrats hold the majority.

This was our very first act of the new Congress, because government should work for you, not against you.

The IRA contained nearly $80 billion for the IRS in addition to corporate tax increases and climate spending.

The GOP immediately launched a campaign against the 87,000 additional IRS agents the bill would allow for, warning that lower-and-middle income families would bear the brunt of new taxes and be at risk for increased audits.

In a joint press release, Steel called the IRS funding “absurd from the start, especially as families and small business owners struggle under skyrocketing prices.”

“The Inflation Act funding for IRS would lead to the hiring of 87,000 new IRS employees tasked with raising enough revenue to pay for Democrats’ Green New Deal priorities. This is unacceptable, which is why Rep. Steel and I are leading the House of Representatives in a bill to rescind this spending,” Smith said.

While repealing the additional IRS agents the co-sponsors said they intend to leave IRS funding in place for customer service and IT modernization if it were to pass through the Senate.

The IRA originally granted the IRS over $3.1 billion for taxpayer services and taxpayer education, $45.6 billion for the enforcement and collection of taxes and litigation support, $25.3 billion for general operations, and a little over $4.75 billion for business systems operations and upgrades. These funds were to be used over a decade.

The IRS never published a report detailing how they intended to use the funding.

Democrats heralded the IRA as a plan to increase tax revenue while decreasing the U.S. deficit. Lead proponents of the bill said the act would not negatively impact anybody making under $400,000, while President Joe Biden promised that the IRA would not raise taxes on the middle class.

Additionally, Sen. Joe Manchin (D-W.V.) said the day after the IRA was signed into law that he would “make sure the IRS doesn’t harass anybody.”

Unfortunately, liberal math is drastically different from conservative math. For example, the Heritage Foundation calculated that households making under $75,000 would carry 26.5% of the burden of new tax revenue under the IRA.

This means that low-income families were targeted for audits five times as often as all other tax brackets. They were also targeted nearly three times as often as high-wage earners that Democrats have claimed they will focus on to increase tax revenue.