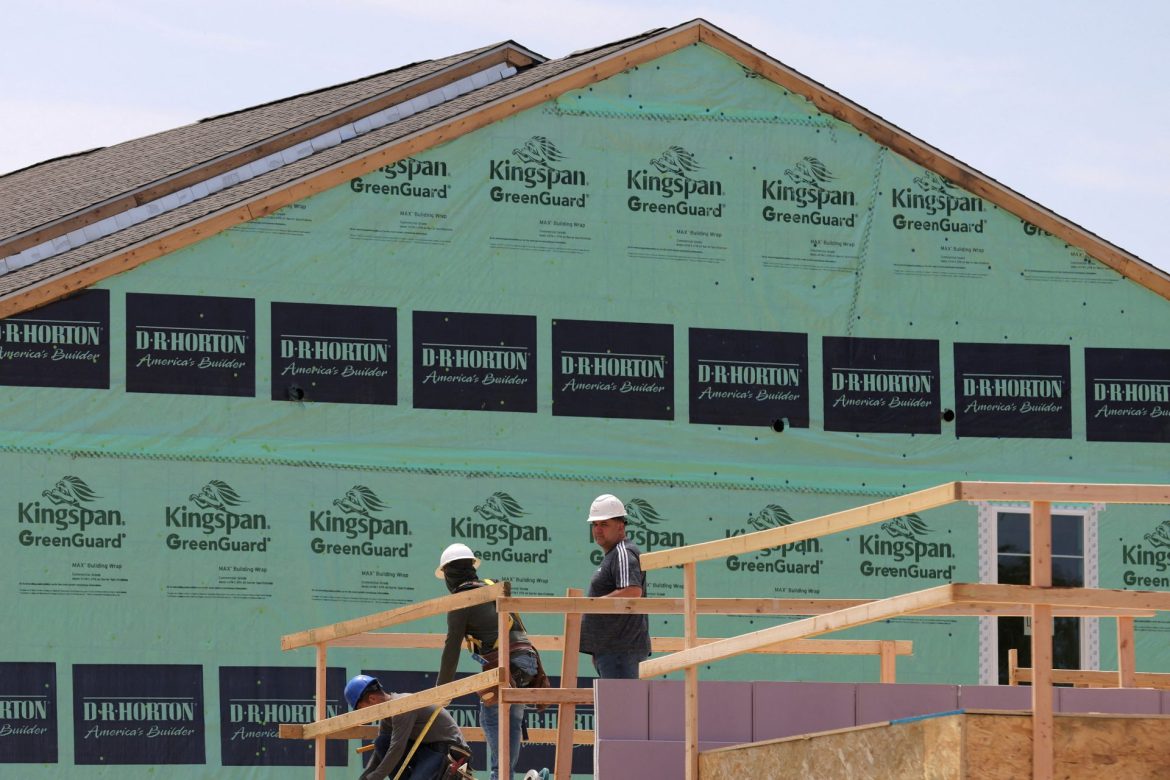 U.S. home building fell to a 13-month low in May and permits tumbled, suggesting the housing market was cooling as surging mortgage rates reduce affordability for many first-time home buyers.

Housing starts plunged 14.4% to a seasonally adjusted annual rate of 1.549 million units last month, the lowest level since April 2021, the Commerce Department said on Thursday. Data for April was revised higher to a rate of 1.810 million units from the previously reported 1.724 million units.

The housing market is very sensitive to interest rates. Sales have been trending lower over the last few months, with home building mostly moving sideways.

A survey on Wednesday showed the National Association of Home Builders/Wells Fargo Housing Market sentiment index hit a two-year low in June, with a gauge of prospective buyer traffic falling below the break-even level of 50 for the first time since June 2020.

The 30-year fixed-rate mortgage jumped 25 basis points last week to an average of 5.65%, the highest level since November 2008, according to data from the Mortgage Bankers Association.

Home loans are set to get even more expensive. The Federal Reserve on Wednesday raised its policy interest rate by three-quarters of a percentage point, the biggest hike since 1994, to combat soaring inflation.

The number of houses approved for construction that are yet to be started increased 0.7% to 283,000 units. The single-family housing backlog was unchanged at 152,000. These will eventually become starts and help to underpin residential construction.