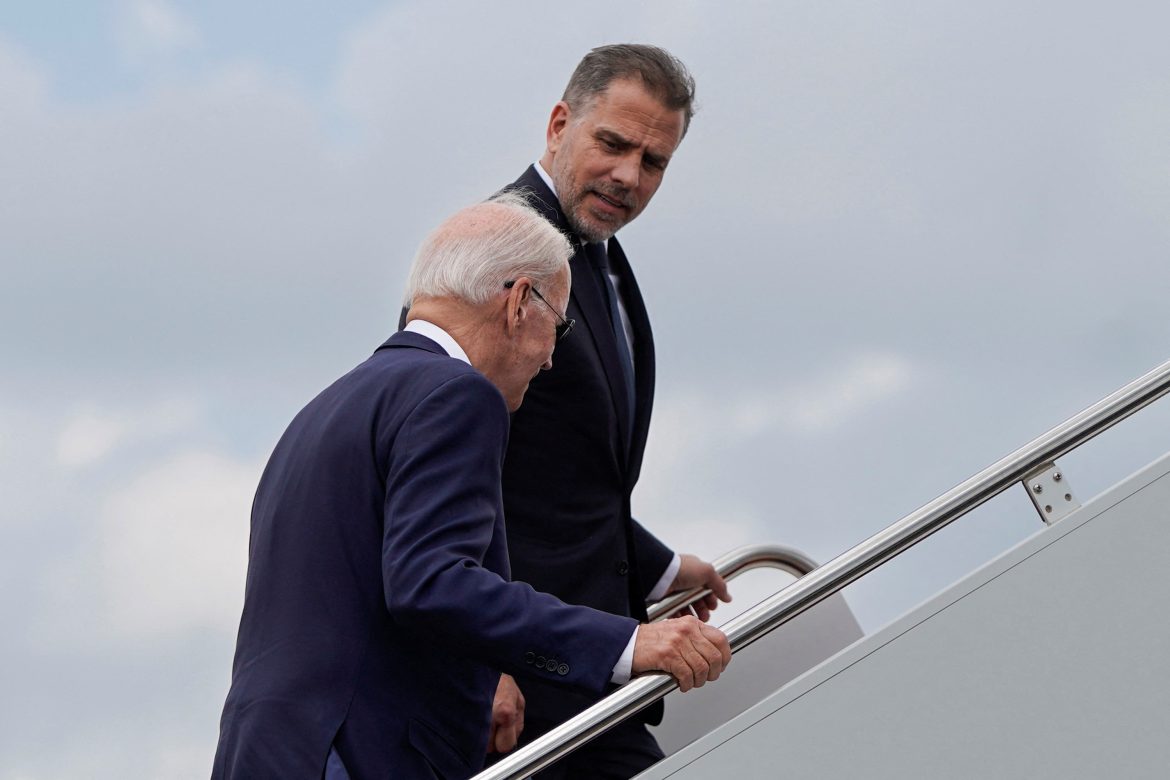 The reports come as House Republicans — led by Rep. James Comer (R-Ky.), chairman of the House Oversight and Accountability Committee — continue to probe the actions of President Joe Biden’s son and if the president engaged in criminal efforts to profit from his position and protect his son.

According to a report by The New York Times, David Weiss, the United States Attorney for the District of Delaware and a 2017 nominee of then-President Donald Trump, is nearing a decision on whether to prosecute Hunter on charges relating to his late filing of tax returns in 2016 and 2017 and possible false claiming of at least $30,000 in business expenses.

The report digs into the improper behavior and allegations of illegality surrounding the president’s son, as well as how top conservatives are attempting to link the president to his son’s alleged unlawful actions. However, while investigations have revealed contact between Joe Biden and his son regarding the latter’s business activities — such as when the president learned about his son’s board seat at Burisma and called to say, “I hope you know what you are doing — the full scope of investigations has yet to provide Republicans with the smoking gun they seek, according to The New York Times.

Weiss, for example, is allegedly considering charging Hunter with lying on a U.S. government form he filled out in 2018 to purchase a firearm. His claim that he was not using drugs could be called into question based on potential witnesses, but such a charge is rarely prosecuted unless it is part of a bigger inquiry.

According to The New York Times, Hunter’s attorneys have provided the Justice Department with proof that the United States Attorney’s Office in Delaware has never brought a stand-alone firearms prosecution for lying about drug use.

Hunter was reportedly reminded by his accountant, Bill Morgan, that he needed to file his 2017 personal and corporate tax forms, for which he owed more than $800,000, on Oct. 12, 2018, which was reportedly the same day Hunter purchased the firearm.

Morgan attempted to catch Hunter’s attention after being ignored, pointing out that he also needed to complete his 2016 tax returns. Morgan informed Hunter that the IRS had directed the State Department not to renew Morgan’s passport due to outstanding tax liens. However, according to the newspaper, Weiss’ ability to punish Hunter for not paying his taxes was hampered when Hunter borrowed the required $2 million and paid the IRS the full amount owed.

While many allegations may be difficult to prosecute, the new information provides Republicans with extra ammunition in their efforts to accuse and impeach the president. Hunter’s ties to Ukraine and China are well documented, with his position on the board of Ukrainian energy giant Burisma and a former involvement in a Chinese government-linked company being two instances. However, such contacts with the president himself had proven more difficult to substantiate.

Hunter Biden has consistently denied any wrongdoing and has said none of his business dealings were illegal. He has also said that he did not use his father’s position to gain access to foreign business opportunities.