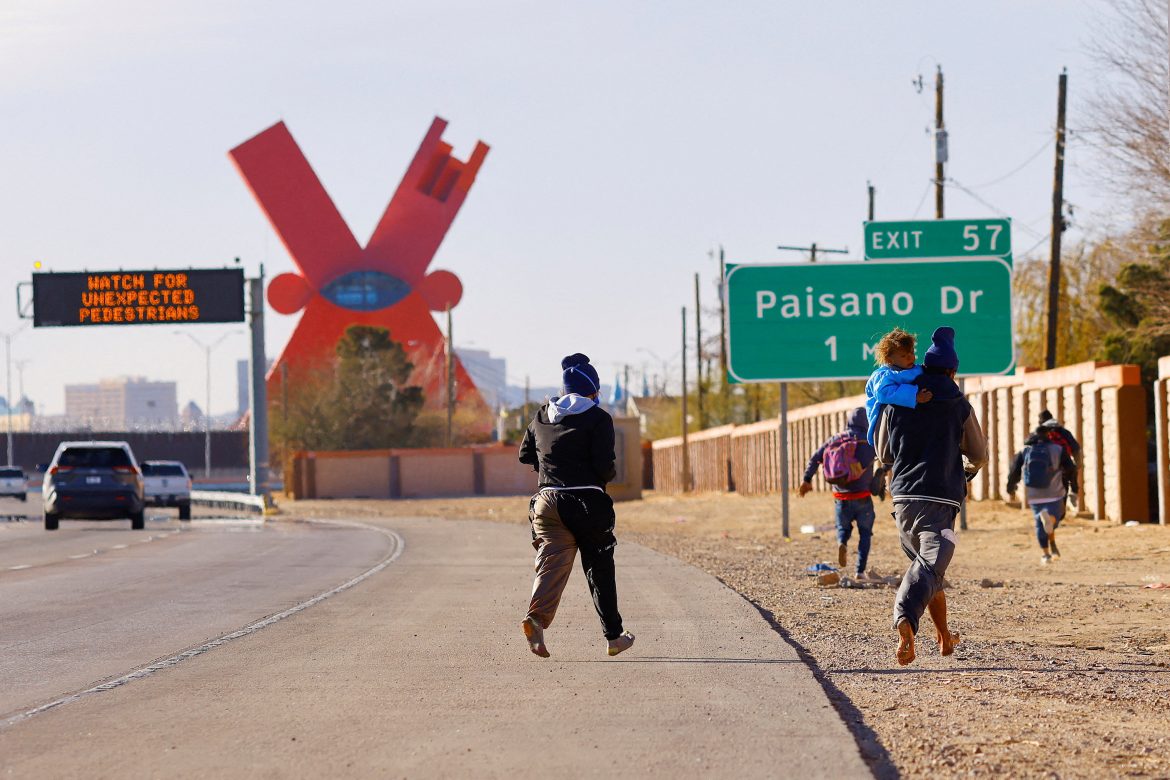 U.S. Immigration and Customs Enforcement (ICE) revealed in a letter on December 22 that it found “no records” of  377,980 illegal immigrants released into the United States, despite its usage of tracking devices.

Transactional Records Access Clearinghouse (TRAC), a data gathering organization at New York’s Syracuse University, submitted a Freedom of Information Act (FOIA) request to ICE in September inquiring about the number of individuals enrolled in ICE’s “Alternatives to Detention (ATD)” program. The ATD program enrolls and releases “adults 18 years of age or older … from DHS custody … who are generally in removal proceedings or subject to a final order of removal” from the United States until their hearing date. Individuals are monitored using GPS, telephone call-ins with voiceprint, as well as through other technologies.

On its website, ICE stated that, as of July 2022, over 350,000 individuals were registered in the monitoring program, yet when asked for specific data from TRAC, ICE responded that they “conducted a search of the ICE Enforcement and Removal Operations (ERO) for records responsive to [the] request and no records … were found.”

“ICE’s response that they could no longer find records on immigrants in ‘Alternatives to Detention (ATD)’ that they had previously released came as a shock,” Kocher told the Daily Caller. “The agency really needs to come clean. The American public deserves to have accurate data about the ATD program.”

ICE’s declaration comes just weeks after the agency admitted to releasing inaccurate ATD data to the public “on several occasions between August 2022 and December 2022, as well as data previously released for FY 2022.”

The Biden administration’s lack of transparency regarding immigration has been ongoing.

In March of 2021, Customs and Border Protection officials reported that the “administration [was] restricting the information Border Patrol agents and sector chiefs [could] share with the media,” according to NBC News.

Again in December of 2022, Breitbart reported that border patrol agents were restricted from releasing information on migrant statistics without prior approval from the Department of Homeland Security.