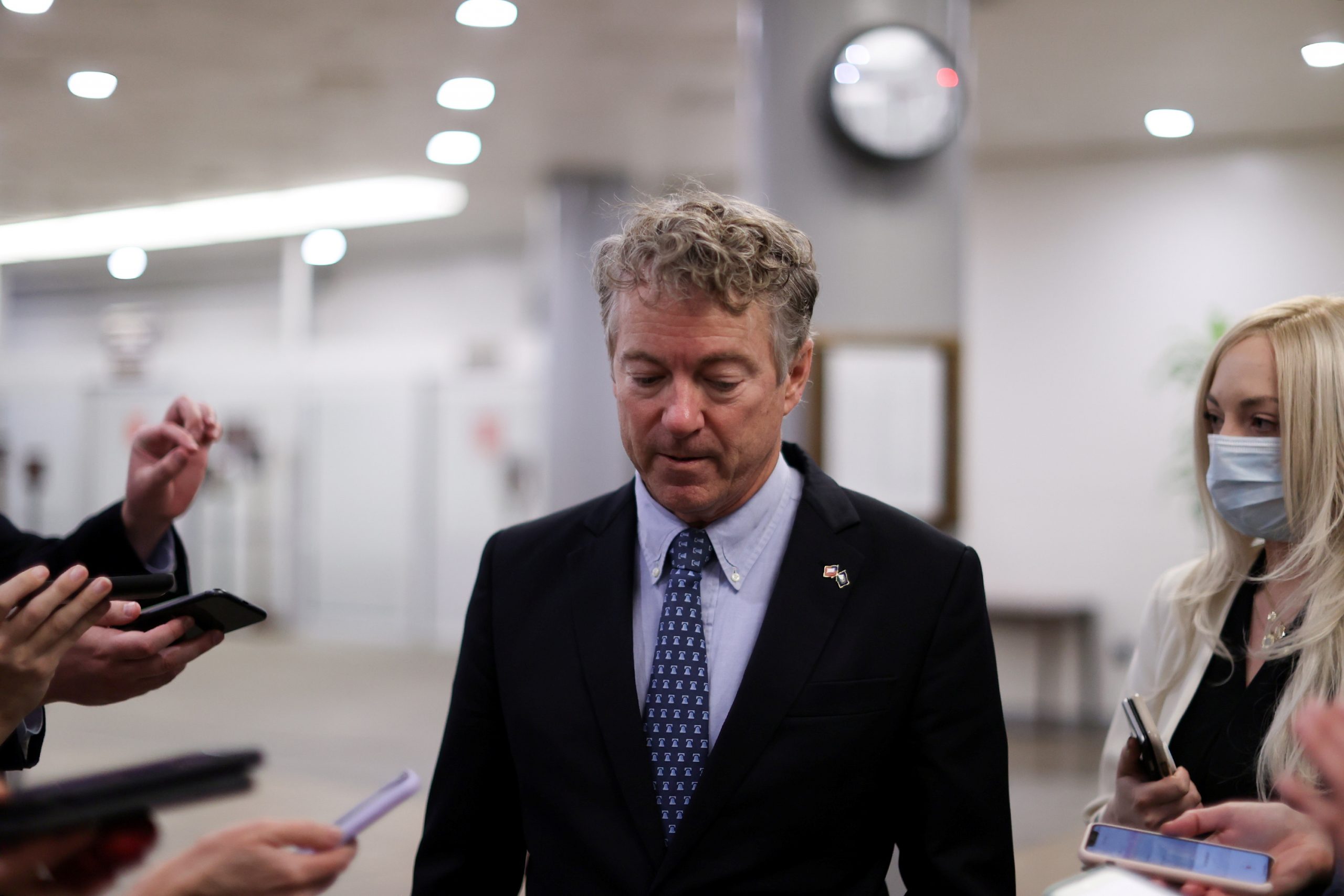 On Tuesday, Senator Rand Paul of Kentucky, along with his fellow Republicans, attempted to block the impeachment trial of Donald Trump on grounds that convicting a former president is unconstitutional. The motion failed 55-54, with five Republicans – Senators Collins, Murkowski, Romney, Sasse, and Toomey voting against Paul.

The Senate just voted on my constitutional point of order.

45 Senators agreed that this sham of a “trial” is unconstitutional.

That is more than will be needed to acquit and to eventually end this partisan impeachment process.

This “trial” is dead on arrival in the Senate.

Paul gave a fiery speech, blasting Democrats for mouthing platitudes about “unity” when their actions have been purely partisan. Paul said that “Democrats claim to want to unify the country, but impeaching a former president, a private citizen, is the antithesis of unity.”

Sen. @RandPaul: "This impeachment is nothing more than a partisan exercise designed to further divide the country. Democrats claim to want to unify the country, but impeaching a former president, a private citizen, is the antithesis of unity." pic.twitter.com/W8SHXO2URn

Paul noted Chief Justice John Roberts will not be presiding over the trial, because Trump is not the sitting President. The Senator used the Chief Justice’s absence as a basis of his measure saying: “Therefore I make a point of order, that this proceeding, which would try a private citizen and not a president, a vice president, or civil officer violates the Constitution, and is not in order.”  Democratic Senator Patrick Leahy of Vermont will be presiding instead of Roberts.

Though Paul’s motion was voted down, he didn’t consider it a complete loss. “It’s one of the few times in Washington where a loss is actually a victory,” Paul remarked, “45 votes means the impeachment trial is dead on arrival.” 67 votes would be needed to convict former president Trump.

A Moment In History: Kobe Bryant