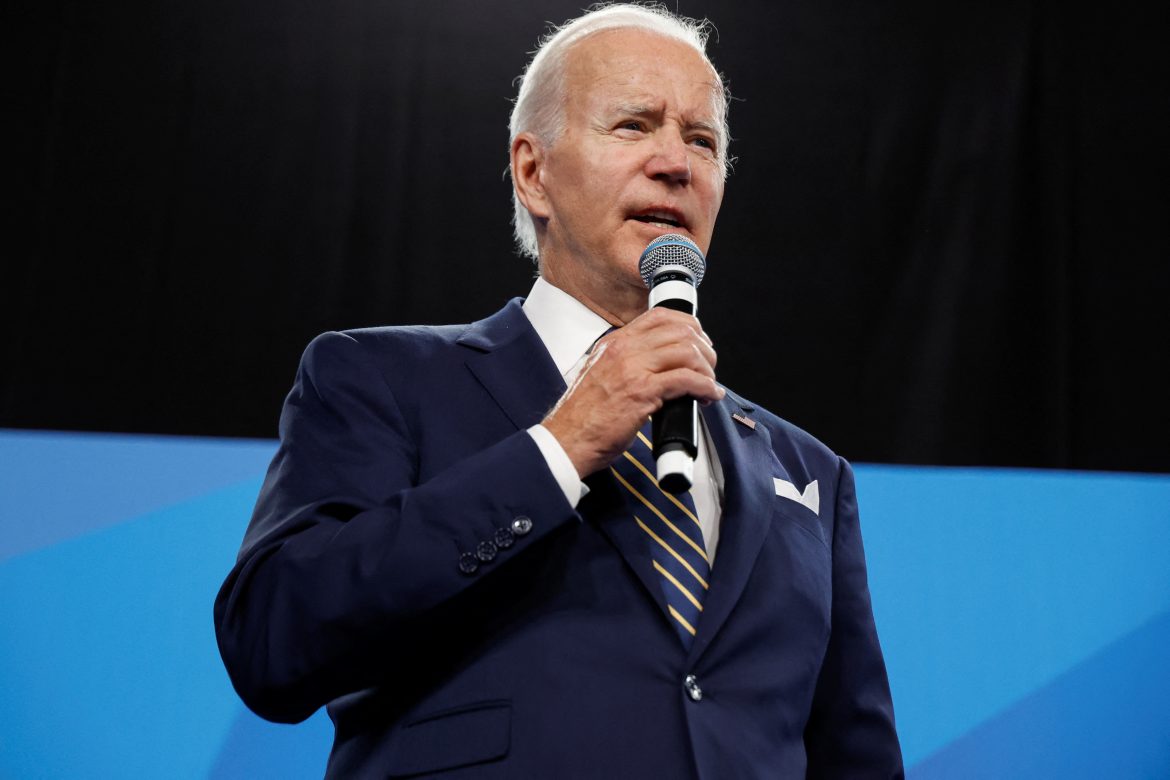 President Joe Biden on Thursday threw his support behind calls for the U.S. Senate to push aside the legislative filibuster to protect abortion rights, as progressives have ramped up pressure on his administration following the Supreme Court’s ruling overturning Roe v. Wade.

Biden said at a news conference on the sidelines of a NATO conference in Madrid that “we have to” pass laws making abortion a right in all 50 U.S. states.

“If the filibuster gets in the way, it’s like voting rights, it should … require an exception to the filibuster for this action,” said Biden, a Democrat.

There is no immediate evidence Democrats have gathered enough votes in Congress to suspend the filibuster, making Biden’s statement more of a symbolic gesture than a policy plan. White House officials did not immediately offer any more details on what the president’s strategy would be.

The new stance and Biden’s announcement of a Friday meeting with state governors on abortion rights came after sharp criticism from his own party over the White House’s response to the Supreme Court’s Dobbs ruling last week.

“There has been pressure building up to act and show that we are doing more,” said an administration source, who spoke on condition of anonymity. “The president has always believed something must be done.”

The hot-button issue is seen as a potent political force ahead of the Nov. 8 midterm elections, where Democrats are seeking to retain control of the House of Representatives and Senate. Protecting abortion rights is a top issue for Democratic women, Reuters polling shows.

In recent days, both White House aides and congressional leaders have said they lacked the 60 votes needed to end a filibuster to pass most legislation, including a broad abortion rights bill.

Proposals to eliminate the filibuster for certain bills have run into opposition from key senators, including Democrats Kyrsten Sinema and Joe Manchin, both of whom have rejected the idea. A spokesman for both senators said on Thursday that their position has not changed.

As recently as May, all 50 Republicans and Manchin voted against advancing legislation making abortion legal throughout the United States.

In January, a voting rights bill failed in the Senate eight days after Biden tried to propel it to passage by supporting a filibuster carve-out.

Biden had previously endorsed bypassing the filibuster in only limited cases, such as voting rights and avoiding a debt default, but not for abortion rights.

On Thursday, he said the filibuster carve-out should apply not just to abortion but to other rights based on privacy, a likely reference to contraception and gay rights.

Biden has grown more open to bypassing the filibuster in recent months to protect fundamental rights, according to people familiar with the matter, but debated the merits of making any statement on the issue until after the midterms, when Democrats could theoretically gain seats in the Senate.

The White House plans a range of executive actions in the coming days and has also promised to protect women who cross state lines for abortions and support for medical abortion.

The White House felt increasing pressure to make a grand gesture after media reports, including from Reuters, that it was unlikely to take up Democrats’ bolder suggestions angered some in the president’s own party.

Biden and administration officials have been concerned that more radical moves would be politically polarizing, undermine public trust in institutions like the Supreme Court or lack strong legal footing, sources inside and outside the White House said.