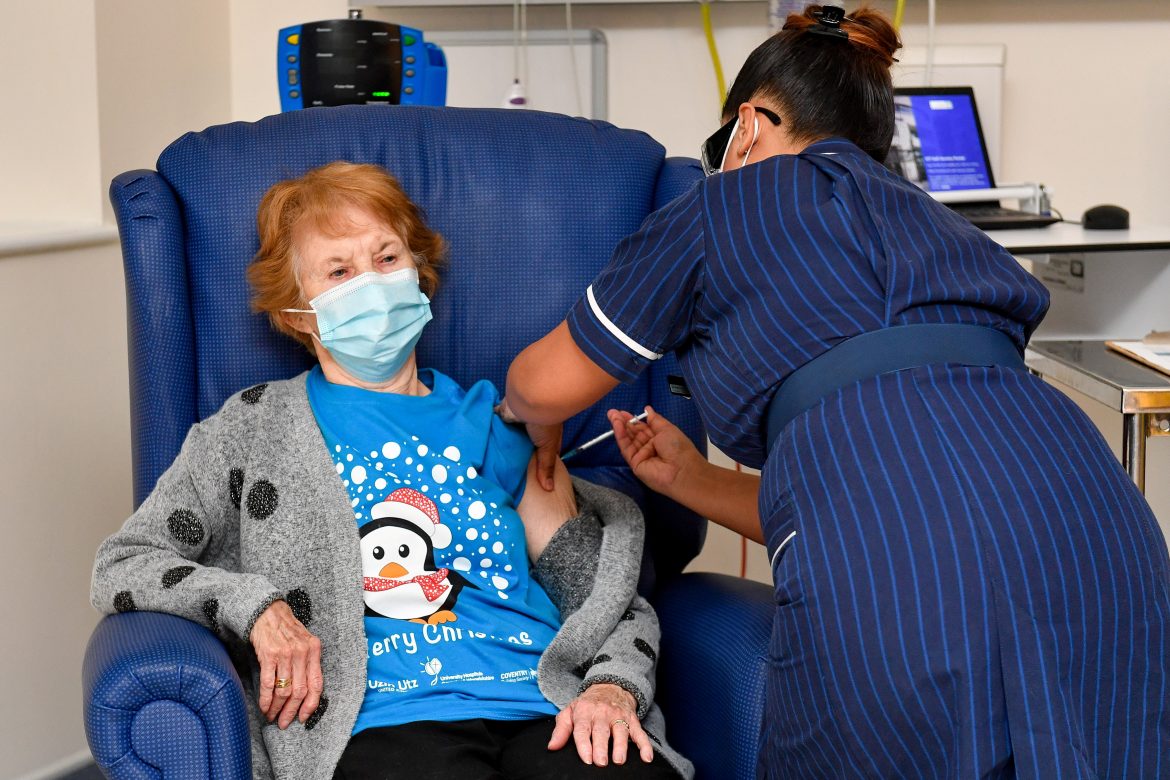 Tuesday Britain began mass-vaccinating its people in a global drive that poses one of the biggest logistical challenges in peacetime history.

Health workers started inoculating the most vulnerable with the vaccine developed by Pfizer and BioNTech, with the country a test case for the world as it contends with distributing a compound that must be stored at -94F.

The launch of the vaccine, one of three shots that have reported successful results from large trials, will fuel hope that the world may be turning a corner in the fight against a pandemic that has killed more than 1.5 million people.

But despite the relief of people receiving the first dose of the two-dose regimen, they will have to wait three weeks for their second shot, and there is no evidence immunization will reduce transmission of the virus.

“It will gradually make a huge, huge difference. But I stress gradually, because we’re not there yet. We haven’t defeated this virus yet,” Prime Minister Boris Johnson said.

Health Secretary Matt Hancock said he expected millions to be vaccinated by the end of the year, and described the start of the drive as “V-Day”. But he cautioned people should respect social-distancing rules until spring at least, when he hoped the most vulnerable people would be vaccinated.

The country has ordered enough supplies of the Pfizer/BioNTech shot to vaccinate 20 million people. The developers said it was 95% effective in preventing illness in final-stage trials.

Russia and China have both already started giving domestically produced vaccine candidates to their populations, though before final safety and efficacy trials have been completed.