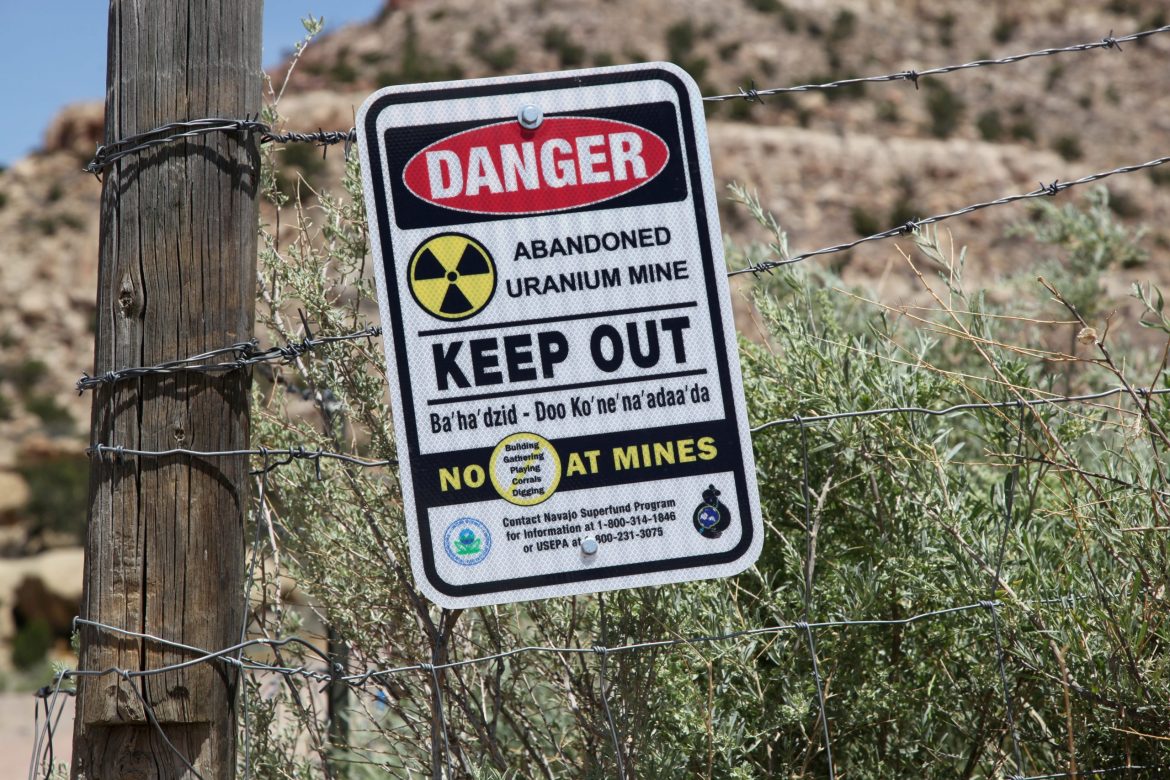 In southeast Utah, nerves are frayed over a pile of radioactive material parked 5,000 miles (8,000 km) away in Estonia.

Regulators are weighing whether a local uranium company can import the material for processing at a mill near the border of a Native American reservation.

Utah officials have no deadline for making their decision on the license approval, and will do so after “thoroughly reviewing” the high volume of public comments, said Jared Mendenhall, spokesman for the state’s Department of Environmental Quality.

For Energy Fuels Inc, the shipment represents an economic lifeline, after the company posted an operating loss of $7.8 million for the first quarter. Its president in March described the U.S. uranium industry as being “on the cusp of complete collapse.”

But for the Ute Mountain Ute Tribe living near the facility – the only operational uranium mill in the United States – the proposal has stoked fears that tribal land will become a dumping ground for global radioactive waste.

Both the White Mesa mill and the tribal reservation are in San Juan County, Utah’s poorest.

The tribe along with environmentalists argues that processing the radioactive byproduct would mark a dangerous extension of the mill’s operations. The mill, built-in 1979, was only meant to process conventional uranium ores from the Colorado Plateau for up to 20 years, the tribe says. The Navajo Utah Commission and Navajo Nation have also that the company’s application is rejected.

“The state of Utah must recognize and acknowledge the reality that the mill is far past its design life and no longer a conventional uranium mill, but, instead, a radioactive waste dump seeking to operate for decades, if not a millennium,” the Ute Mountain Ute Tribe said in a document submitted to the state on Friday, the deadline for public comments.

The 660 tons of powdered material in question, now sitting in 2,000 drums at a plant on the Estonian coast near the Russian border, would be Energy Fuels’ first-ever radioactive import from outside North America. The powder is a byproduct from tantalum and niobium mining by Estonian company Silmet, which contains uranium. But it cannot stay within Estonia, where there is no licensed facility for reprocessing radioactive material.

Energy Fuels says there is enough uranium in that byproduct that it is worth processing. Opponents say Energy Fuels is simply taking in waste, which would be stored on-site.

“These feeds are important to the continued economic viability of the mill, particularly given the current state of the uranium market,” Paul Goranson, chief operating officer of Energy Fuels, said in an email. He said business from the shipment would help the company keep its 70 workers employed.

Energy Fuels anticipates demand for domestic uranium could rise, after the Trump administration in April proposed a $1.5 billion federal uranium reserve that would purchase uranium from domestic producers. Such a reserve, however, would need Congressional approval – a major hurdle.

The reserve was one of the main proposals to come from a federal Nuclear Fuel Working Group aimed at reviving the U.S. uranium and nuclear industry. The United States currently imports over 90% of its uranium from abroad for its reactors.

The company has also asked to expand its capacity from 5,000 to 10,000 cubic yards per site per year, so it can accept more “alternate feed” that is of “significant value” beyond the Estonian shipment.

In the meantime, the San Juan County Commission has joined in resisting the license approval. In comments to regulators this month, it said it “respects” Energy Fuels as a local employer, but is concerned about the long-term impact of future imports of radioactive waste without new regulation or oversight – especially as residents are still dealing with the legacy of other unfinished mine cleanups and water contamination from existing operations. “It’s time the state of Utah treat areas near Native American communities … with equal consideration as you would a metropolitan area, and deny the amendments and modifications to the permit proposal,” said San Juan County Commission Chairman Kenneth Maryboy, a member of the Navajo Nation.

“The residents of San Juan County deserve nothing less, and certainly do not need to continue to be the world’s dumping ground for hazardous materials.”