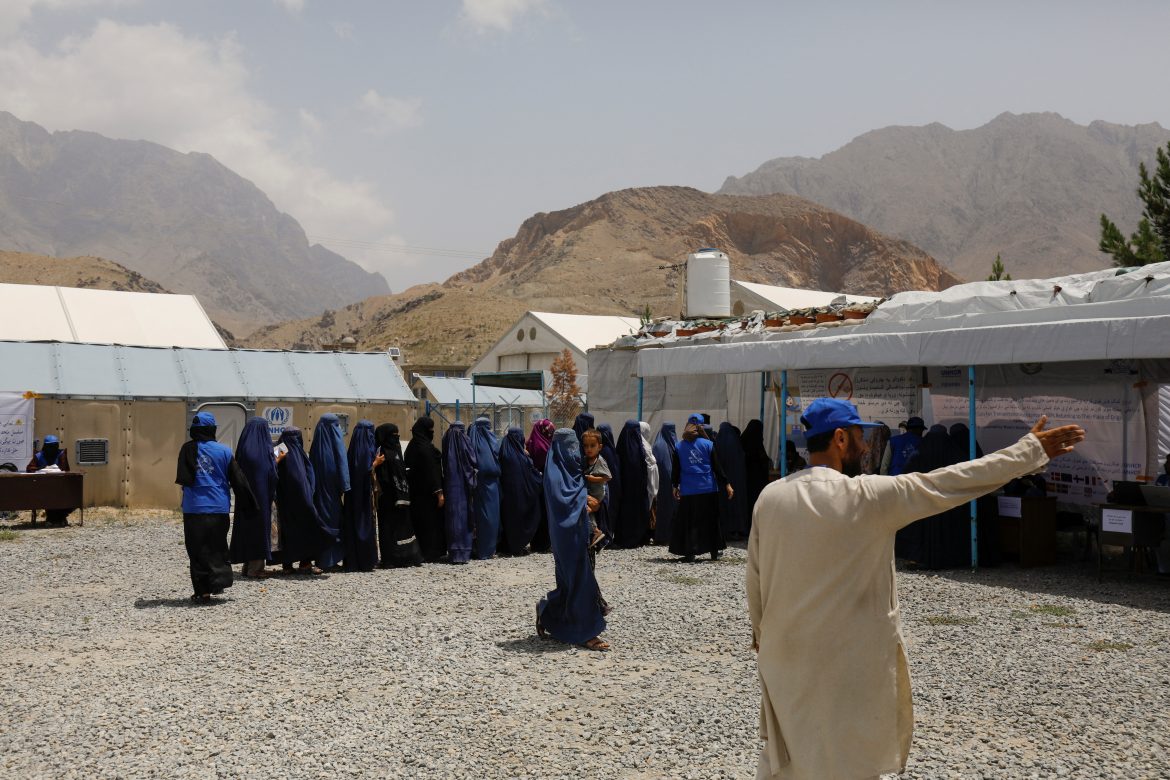 Wednesday, a collection of nations, the European Union, and the U.N. took significant steps to pressure the Taliban into honoring its pledge to protect women’s rights in Afghanistan.

The Taliban recently announced the banishment of women foreign aid workers in Afghanistan, the latest in a multi-year series of decisions that have relegated women and girls to second-class status in the nation.

As previously reported by FISM, the Taliban has, among many other things, restricted women’s access to education and limited their ability to even enjoy certain forms of recreation.

Now, a group of 12 nations as well as representatives of the E.U. released a joint statement demanding that the Taliban relent and allow women to provide humanitarian aid in the country.

“Women are absolutely central to humanitarian and basic needs operations,” the statement reads.

The statement was cosigned by the United States, United Kingdom, Canada, Australia, Denmark, France, Germany, Italy, Japan, Norway, Switzerland, the Netherlands, and the High Representative of the European Union.

While still merely words, the Wednesday statement marks a rhetorical turn for the developed world, the leaders of which began to use far less diplomatic language in their description of the Taliban’s treatment of women.

“The Taliban continue to demonstrate their contempt for the rights, freedoms, and welfare of the Afghan people, particularly women and girls, and their disinterest in normal relations with the international community,” the statement reads. “We support the Afghan people’s calls for girls and women to return to work, school, and university, and for women to continue to play essential roles in humanitarian and basic needs assistance delivery, and we urge the Taliban to respect the political, economic, social, and cultural rights of women and girls in Afghanistan.”

But the nations also signaled a willingness to add teeth to their rhetoric.

This statement coincided with a United Nations announcement that some programs within Afghanistan had been halted and many more could be paused or shuttered if the Taliban refuses to yield on at least the matter of women foreign aid workers.

“Banning women from humanitarian work has immediate life-threatening consequences for all Afghans. Already, some time-critical programs have had to stop temporarily due to lack of female staff,” the statement read.

We cannot ignore the operational constraints now facing us as a humanitarian community. We will endeavor to continue lifesaving, time-critical activities … But we foresee that many activities will need to be paused as we cannot deliver principled humanitarian assistance without female aid workers.”

The U.N. described women’s participation in aid work as “non-negotiable.”

Wednesday’s announcement came just two days after four international aid groups, among them Save the Children, announced they were suspending humanitarian programs in Afghanistan pending a reversal of stance from the Taliban.