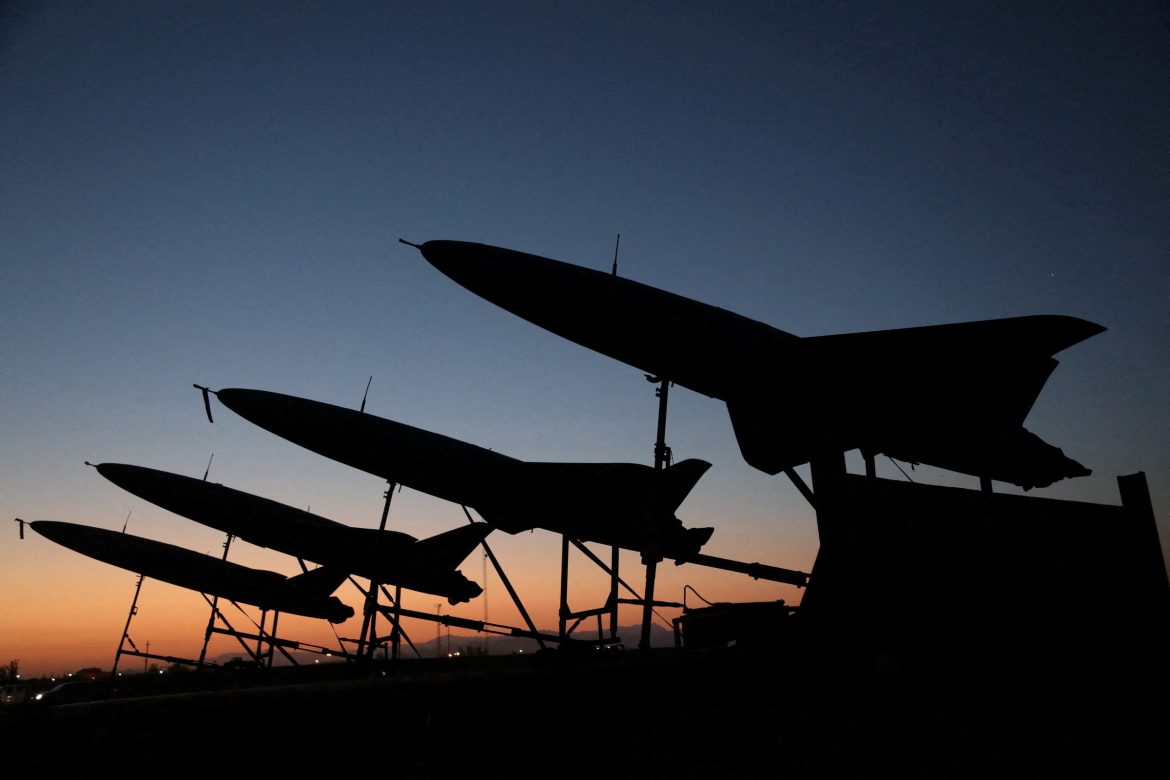 While Ukrainian troops brace for a vicious battle and potential trap at Kherson, Iran has acknowledged supplying the suicide drones that Russia has used in the war.

Tehran’s foreign minister Hossein Amirabdollahian admitted on Saturday that the nation had supplied a “small number” of drones to Russia before Feb. 24. He denied that Iran continued to supply their Shahed-136 drones after the invasion began on that date.

“This fuss made by some Western countries that Iran has provided missiles and drones to Russia to help the war in Ukraine – the missile part is completely wrong,” Amirabdollahian said according to an IRNA news agency report.

The foreign minister then added, “The drone part is true, and we provided Russia a small number of drones months before the Ukraine war.”

The suicide drones deliver their explosive packages through GPS guidance to a designated target. They aren’t operated directly by a controller. The Iranian-made drones noted in the war have been used to target Ukraine’s power grid and other civilian infrastructure.

The Pentagon recently described these attacks as having a “widespread” impact on civilian welfare, particularly impacting water supply systems and water treatment facilities which then hinder civilian access to clean potable water.

Russia has previously denied the usage of Shahed-136 drones in the war.

Tehran claims they will “not remain indifferent” if Ukraine proves Russia has used its drones against Ukraine but has accused Kyiv of pulling out of a planned meeting to discuss the allegations at the last minute.

Iran faces several sanctions from Western nations over drone shipments to Russia. This includes the European Union and Britain.

Ukraine prepares to fight for Kherson

On Friday, Russian President Vladimir Putin publicly endorsed the civilian evacuation from parts of the Kherson region ahead of what is anticipated to be a vicious battle in Ukraine’s bid to take back their sovereign territory.

“Now, of course, those who live in Kherson should be removed from the zone of the most dangerous actions, because the civilian population should not suffer,” Putin said as part of a Russian Day of National Unity speech to pro-Kremlin activists.

It’s the first time Putin has commented on Russian activities in the Kherson region in recent days. Moscow has already been ferrying people from one part in Kherson, claiming they are taking civilians to safety ahead of the Ukrainian counter-offense.

Kherson has been under Russian control for the majority of the war’s duration. It is one of four regions Russia has illegally annexed.

In addition to the evacuation zone, there have been signs that Moscow’s forces are prepared to abandon one military foothold on the western bank of the Dnipro River, including the city of Kherson. If true, this will be one of the most extensive retreats in the war.

Recent pictures taken of Kherson city’s main administrative building show the Russian flag is no longer flying there. Some have pointed to this as another potential sign of retreat preparations.

However, Kyiv has cautioned that it could be bait to lure forces into a trap.

Ukrainian commanders are anticipating a fight for the city even if Russian troops plan on withdrawing.

“They have large amounts of tanks and people, but I don’t think they have a realistic plan to stay more than one or two weeks,” a deputy commander Reuters identified simply as Vitalyi said.

“They will keep fighting. They will defend their positions as long as they have the ability to do so. It will be hard fight,” said Oleh, another commander of a mechanized infantry unit entrenched west of Kherson.

Oleh believes that winter weather, a threat of encirclement, and resupply difficulties will contribute to Russia’s loss of Kherson by mid-winter.

The loss of Kherson would be another political humiliation for Putin.

It would also prepare Ukrainian troops for further counter-offensives, including setting up for a potential advance on the Crimean peninsula.