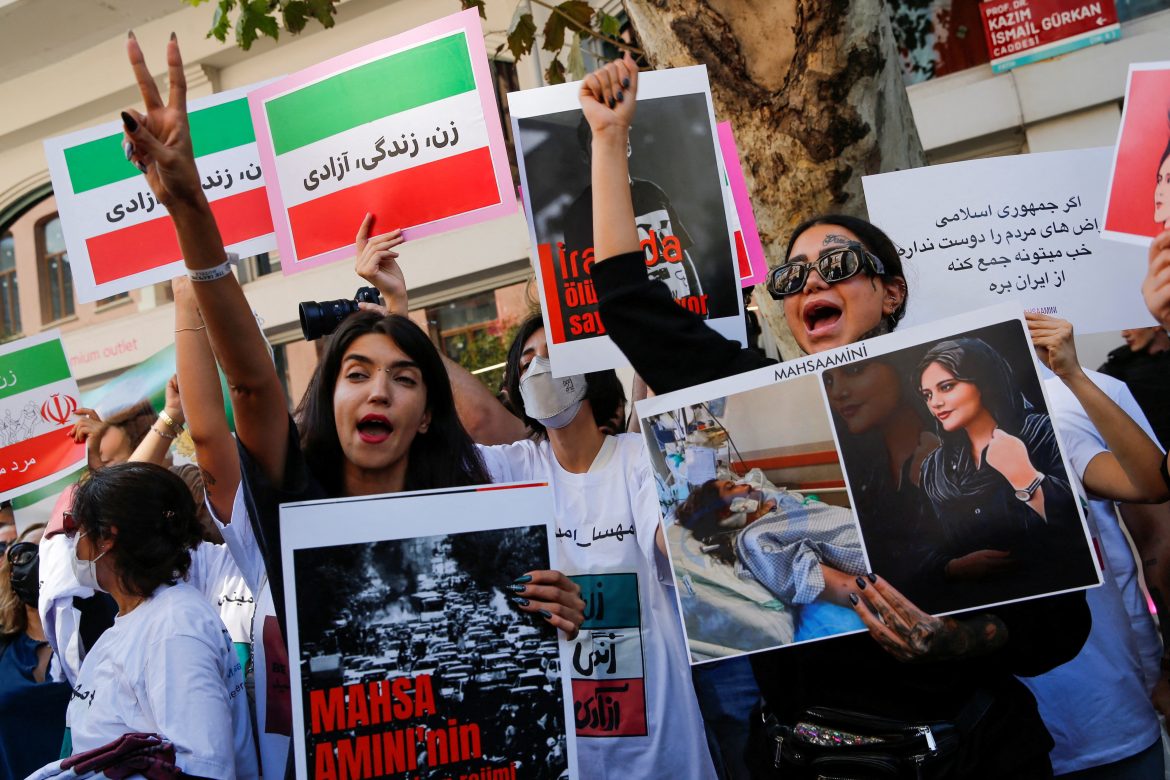 Clashes between protesters and security forces persisted across Iran on Tuesday, with social media videos showing tanks being transported to Kurdish areas, which have been a focal point of the crackdown on protests over Mahsa Amini’s death in custody.

Protests calling for the fall of the clerical establishment have swept Iran since Amini, a 22-year-old Iranian Kurdish woman, died on Sept. 16 while being detained by the morality police in Tehran for “inappropriate attire”.

While observers do not believe the unrest, now in its fourth week, is close to toppling the government, the protests mark one of the boldest challenges to the Islamic Republic since the 1979 revolution, with reports of strikes spreading to the vital energy sector.

The authorities are waging a deadly crackdown. Videos on social media showed trucks moving dark green tanks to Kurdish areas, raising the stakes in the revolt. Reuters could not verify the video footage.

Tensions have been especially high in Kurdish regions, given Amini’s ethnic background. Human rights groups say Iran‘s Kurdish minority of more than 10 million has long been oppressed – a charge the Islamic Republic denies.

In video footage shared on the widely followed Twitter account group Tavsir1500 from Sanandaj, shooting could be heard and women screaming. Reuters could not independently verify the footage from Hengaw or Tasvir1500.

Iranian authorities have said they will investigate civilian deaths.

They have blamed the violence on an array of enemies, including armed Iranian Kurdish dissidents, with the Revolutionary Guards attacking their bases in neighboring Iraq a number of times during the latest unrest.

Energy installations in southwest Iran were hit by strikes for a second day on Tuesday, with workers protesting at the Abadan oil refinery, Kangan, and the Bushehr petrochemical plant, according to the Tavsir1500 Twitter account.

A regional official said the workers at the Assaluye plant were angered by a dispute over wages and were not protesting over Amini’s death.

It was a combination of mass protests and strikes by oil workers and bazaar merchants that helped to propel the Shi’ite clergy to power in the Iranian revolution four decades ago.

Dozens of universities are also currently on strike, with students playing a pivotal role in the protests.

In several neighborhoods of Tehran, such as Shahrak’e Gharb and Narmak, witnesses said people chanted “Death to Khamenei” from rooftops after nightfall. Videos on social media showed demonstrations in the cities of Isfahan and Qom with protesters cursing and throwing stones at security forces.

The authorities crackdown on protesters has prompted some Western states to draw up more sanctions on Iran, stoking diplomatic tensions at a time when talks to revive Tehran’s 2015 nuclear deal with world powers are at a standstill.

France’s foreign minister said on Tuesday five of its nationals were being held in Iran and the European Union had agreed the technical aspects to impose sanctions on Tehran, which would come into force next week.

France lashed out at Iran on Oct. 6, accusing it of “dictatorial practices” and taking its citizens hostage after a video was aired in which a French couple appeared to confess to spying.

Ukraine update: Russia walks back remark that Putin is open to talks with Biden