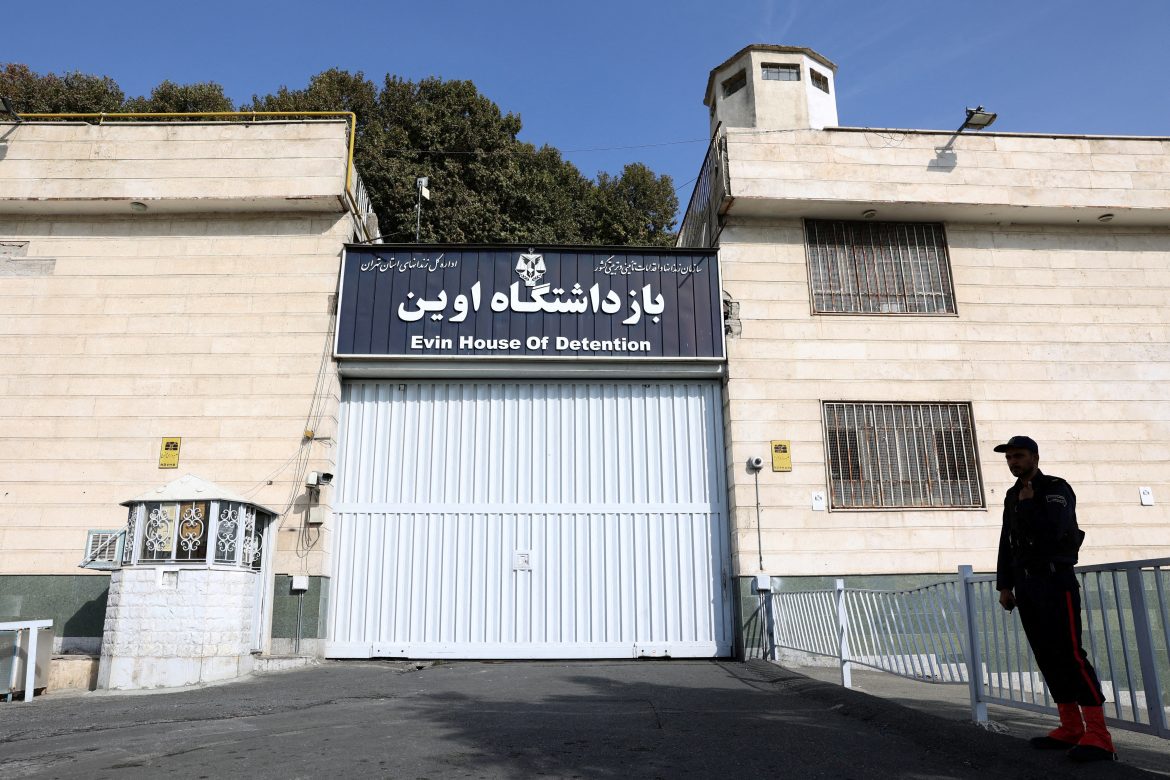 In an unexpected twist, two church leaders imprisoned in Iran were released in mid-October just days after a fire broke out in Tehran’s Evin Prison where they were jailed.

On Oct. 15, the fire occurred. At the time, Pastor Naser Navard Goltapeh had been in solitary confinement for two months. Yet he was pardoned by Supreme Leader Ali Khamanei on Oct. 17, human rights advocates reported.

Similarly, Fariba Dalir received a pardon on Oct. 18, which was authorized by an unknown official. She had spent 38 days in solitary confinement at the time.

The pardons have mystified religious freedom advocates, who told Morning Star News that pardons for both Goltapeh and Dalir had previously been denied.

“We know that various bodies, the U.K. government and the U.N., were advocating for [Pastor Goltapeh’s] release, and we know that Evin Prison is hosting protestors and running out of space, but we don’t know what made Khamanei do this out of the blue,” a spokesperson for Middle East Concern (MEC), a religious freedom advocacy group, said.

Goltapeh was originally arrested in June 2016 while attending an engagement party near Tehran, the spokesperson who spoke to the Morning Star on the condition of anonymity said. He, along with three other Christian men, was charged with “missionary activities” and “actions against national security.”

While the other men were allowed to leave Iran, Goltapeh had to face trial as a natural citizen. He was convicted in May 2017 for “acting against national security” by establishing an illegal house church. He was sentenced to 10 years which began at Evin Prison in January 2018.

Dalir was arrested in July 2021 along with five other Christians for forming an illegal house church. She was sentenced the following November to five years for acting against national security by “establishing and leading an evangelical Christian church.”

Her sentence was later reduced to two years due to an administrative mistake in her case.

In Iran, prisoners who have served one-third of their sentences are eligible to petition for early release.

Yet the MEC spokesperson said that Goltapeh had been denied multiple early releases while Dalir’s first request, made in August, was also denied.

The pardons came on the heels of an Oct. 15 riot and fire that killed eight prisoners and injured 60 others. A Reuters exclusive revealed that agitation between riot police patrols, sent for some unknown reason to the jail days in advance, erupted into a riot. In the midst of this riot, a fire broke out.

Officially, Iran says the prisoners died from smoke inhalation. However, Amnesty International warned that prisoners were the subject of unlawful killings, torture, and other mistreatment on that day.

It’s been suggested by some anti-government Iranian activists that the prison crackdown was orchestrated by the government as a warning to government protestors.

The country has experienced deep unrest and protests that have resulted in over 14,000 arrests.

Iran is ranked ninth on Open Doors’ 2022 World Watch List of countries that are most difficult to be a Christian.

How long will it take to know who won in U.S. midterm elections?