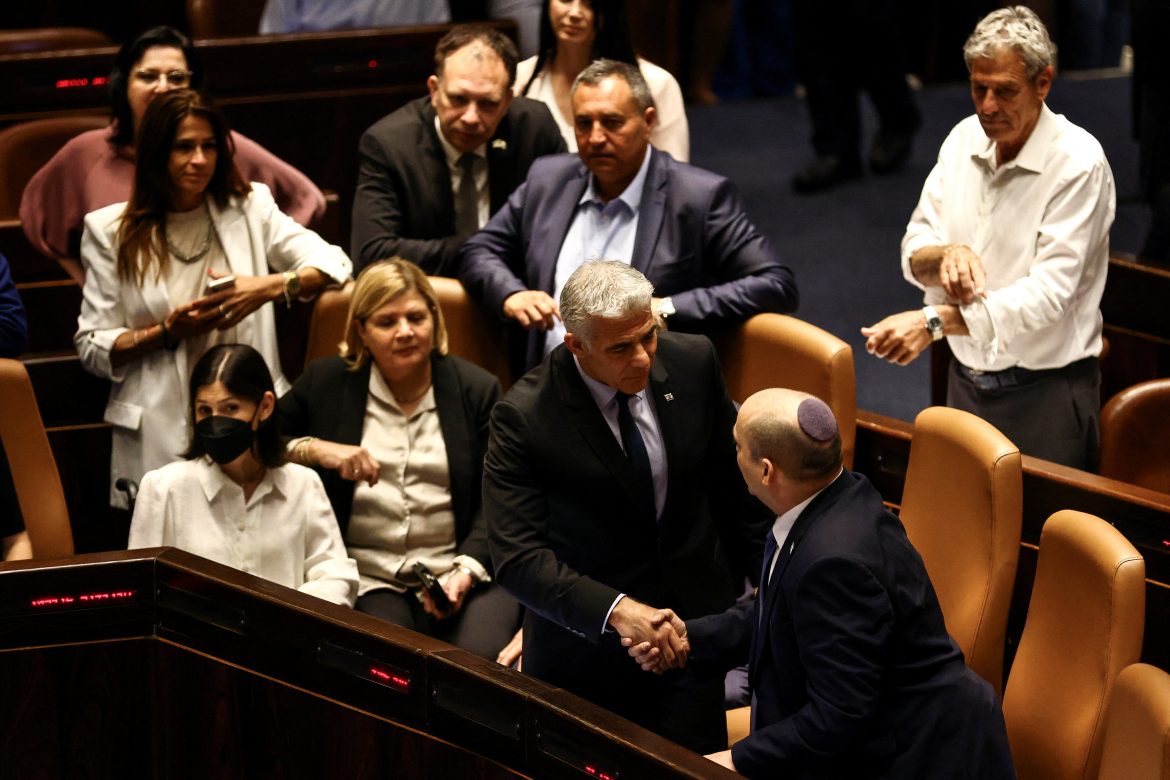 Israeli lawmakers voted on Thursday to dissolve parliament following the collapse of Prime Minister Naftali Bennett’s ruling coalition, opening the way for a Nov. 1 election that will be Israel‘s fifth in less than four years.

Bennett will stand down at midnight to be replaced by his coalition partner, Foreign Minister Yair Lapid, who will lead the government during what is expected to be a bitter election battle with opposition leader and ex-premier Benjamin Netanyahu.

Bennett, a former army commando and tech millionaire, will not run in the election. In a statement late on Wednesday, he said his government had left a “thriving, strong and secure country” and had shown that parties from different ends of the political spectrum could work together.

Netanyahu, ousted just over a year ago by Bennett’s unlikely coalition of parties from both the right and left as well as from Israel‘s Arab minority, has vowed a return to power at the head of the right-wing Likud party.

“They promised change, they spoke of healing, they carried out an experiment – and the experiment failed,” he told parliament ahead of the vote. “That’s what happens when you take a fake-right along with a radical left and mix it up with the Muslim Brotherhood and (Arab-led party) Joint List.”

While opinion polls currently show Likud to be the strongest political party, they show no clear winner from the election, leaving Israel facing months of political uncertainty as economic and regional security problems mount.