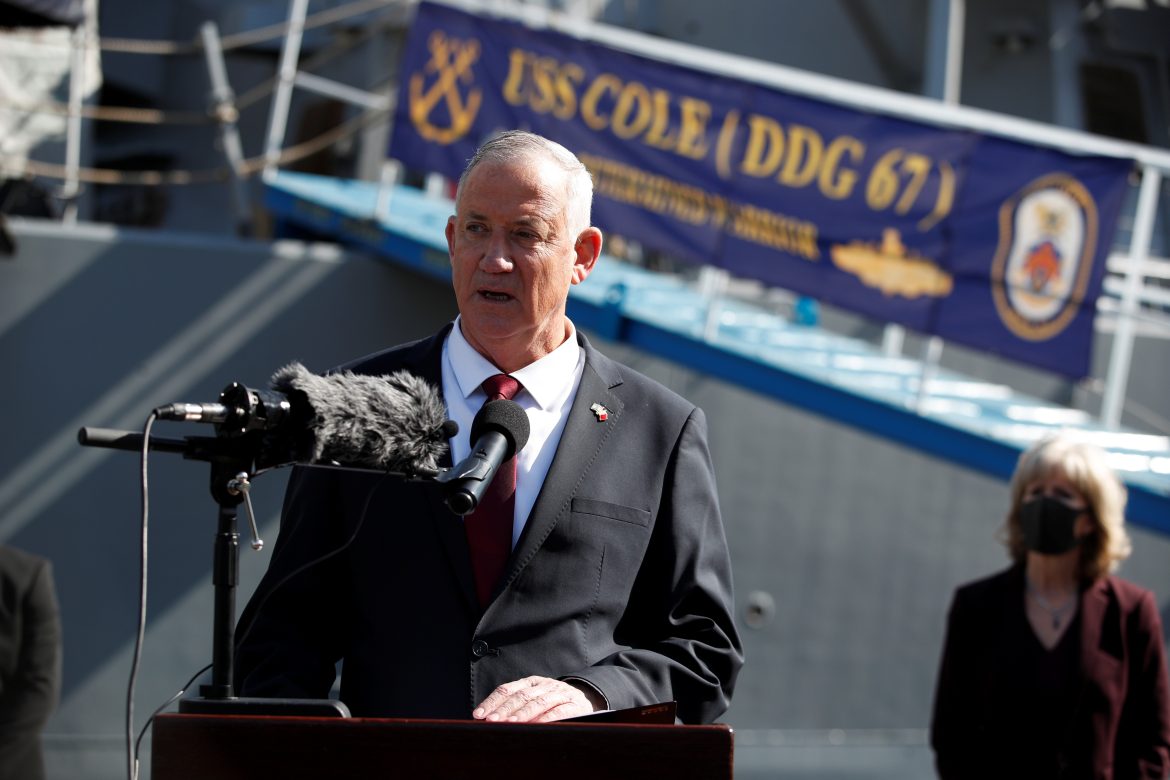 Israel is building a U.S.-sponsored regional air defense alliance, the Israeli defense minister said on Monday, adding that the apparatus has already foiled attempted Iranian attacks and could be boosted by President Joe Biden’s visit next month.

Drawing closer in recent years to U.S.-aligned Arab states which share its Iran concerns, Israel has offered them defense cooperation. They have been publicly reticent on the idea.

Washington hopes more cooperation, especially on security, would help further integrate Israel in the region and isolate Iran. It may also preface more normalization deals with Israel, including by heavyweight Saudi Arabia, following the forging of relations with the United Arab Emirates and Bahrain in 2020.

Unveiling what he dubbed the “Middle East Air Defense Alliance” in a briefing to Israeli lawmakers, Defense Minister Benny Gantz said such cooperation is already under way.

“Over the past year I have been leading an extensive program, together with my partners at the Pentagon and in the U.S. administration, that will strengthen the cooperation between Israel and countries in the region,” he said, according to an official transcript.

“This program is already operative and has already enabled the successful interception of Iranian attempts to attack Israel and other countries.”

The U.S. Embassy in Jerusalem did not immediately respond to a request for comment.

Speaking to Reuters on condition of anonymity, an Israeli official said partner countries were synchronizing their respective air defence systems through remote electronic communication, rather than using the same physical facilities.

Iran said joint military activities of Israel and some Arab countries in the Gulf are done “out of desperation”.

Saudi Arabia, Bahrain and the UAE governments did not immediately respond to requests for comments on the alliance mentioned by Gantz.

A Western diplomat in the region told Reuters last week that Washington was still working to convince Gulf Cooperation Council states as a bloc to agree on joining a U.S.-Israeli integrated air defense system. The GCC groups Saudi Arabia, the UAE, Bahrain, Qatar, Kuwait and Oman.

“(The proposal) would help to fill the gap left by the withdrawal of U.S. hardware over the last two years from the region … and would draw Israel and Saudi Arabia closer to reaching a normalization deal,” the diplomat said.

Riyadh, which was supportive of Israel’s rapprochement with its Gulf neighbors, has said normalizing its own relations with Israel would need the creation of a sovereign Palestinian state with Jerusalem as its capital.

“I hope that we will take another step forward in this aspect (of regional cooperation) during President Biden’s important visit,” Gantz said.

Biden is visiting the region July 13-16 with stops in Israel and Saudi Arabia, where he will meet Arab leaders.

As tensions have mounted over Tehran’s nuclear program, Israel, Saudi Arabia, the UAE and parts of Iraq have come under UAV or missile strikes that were claimed by or blamed on Iranian-backed militias.

Gulf states had been frustrated over perceived reduced U.S. commitment to regional security and for not addressing their concerns over Iran’s missile program and regional proxies.