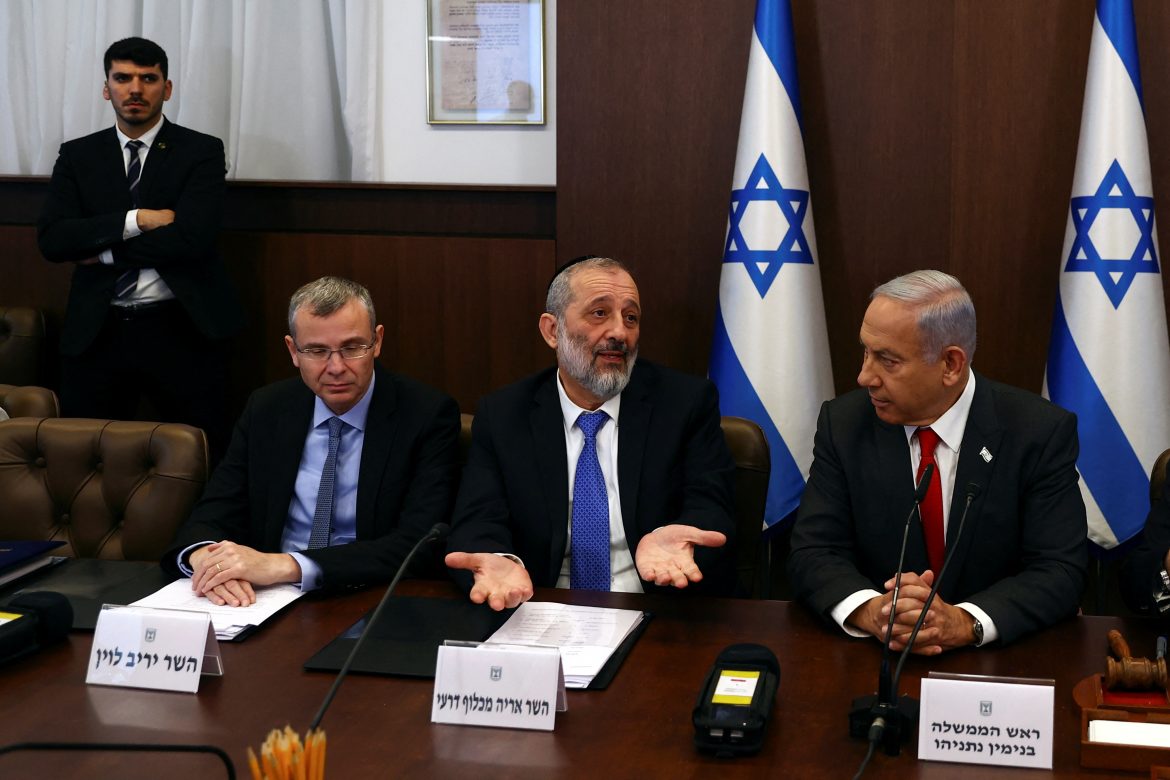 Israel‘s Supreme Court ordered Prime Minister Benjamin Netanyahu on Wednesday to remove a senior minister over a past tax fraud conviction, in a setback for the new right-wing coalition government.

The 10-to-one ruling on Shas party leader Aryeh Deri looks likely to further stoke tensions between the Cabinet and Israel‘s Supreme Court over government reform plans which aim to rein in the top court.

“Most of the judges have determined that this appointment is extremely unreasonable and thus the prime minister must remove Deri from office,” said a court summary of the ruling.

Deri, who holds the interior and health portfolios and is due to become finance minister under a rotation deal, confessed to tax fraud last year in a plea deal that spared him jail time.

Some of the judges in their ruling also cited Deri having previously told the magistrate’s court dealing with his tax case, that he would be retiring from politics.

There was no immediate response to Wednesday’s ruling from Netanyahu, who returned to office in December as the head of a hard-right government. But Justice Minister and fellow Likud party member Yariv Levin said the bench had chosen not to respect the people’s choice.

“I will do whatever is necessary to fully repair this glaring injustice done to rabbi Aryeh Deri, the Shas movement, and Israeli democracy,” Levin said in a statement.

Levin’s reform would increase the government’s sway over judicial appointments while limiting the Supreme Court’s power to strike down legislation or rule against executive actions and removing “reasonability” as a court standard of review.

The plan, which the government says is needed to rein in judicial overreach by biased elitist judges, has drawn fury among opponents, who say it would undermine judicial independence and weaken democratic checks and balances that underpin the rule of law.

Coalition partners, including the ultra-nationalist police minister Itamar Ben-Gvir and Finance Minister Bezalel Smotrich, echoed Levin’s remarks calling for the plan, yet to be written into law, to be advanced. It is also backed by Netanyahu, who is on trial on corruption charges he denies.

Shas, which draws much of its support from religious Jews of Middle Eastern descent, won 11 of the Knesset’s 120 seats in a Nov. 1 election. It said the ruling was political. “The court decided today that elections are meaningless.”

Political watchdogs had appealed to the Supreme Court to order Netanyahu to strike down Deri’s appointment given his recent conviction and past offenses. In 1999, he was sentenced to three years in jail for taking bribes.