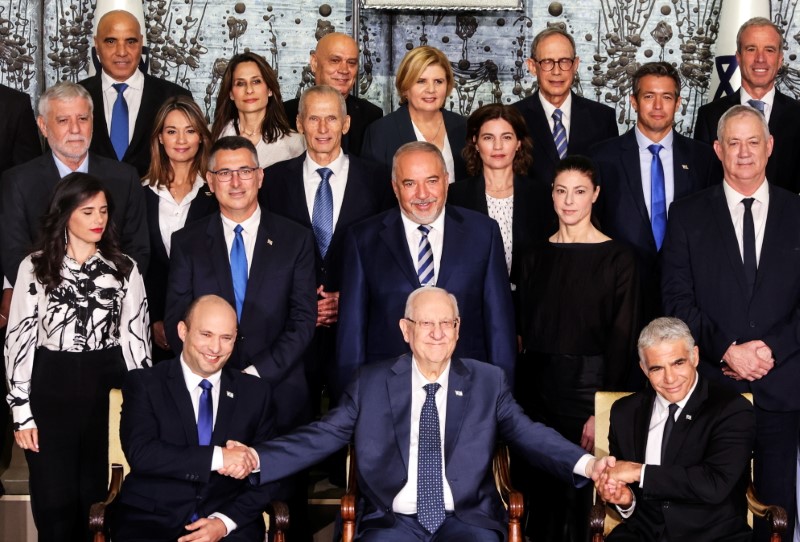 After four elections and multiple attempts to form coalition governments, Israel finally has a governing body. However, it will not include long-running politician Benjamin Netanyahu in the Prime Minister position.

After the thinnest majority approval vote of 60-59 in the Israeli Knesset, the coalition government formed by Naftali Bennett of the conservative Yamina Party and Yair Lapid of the centrist Yesh Atid party took their positions as the leaders on Monday. Netanyahu handed the prime ministership to Bennett, while Lapid serves as foreign minister. Lapid will later be handed the Prime Minister position from Bennett in 2023 as part of their agreement.

During a speech after the approval, Bennett commented that “the beginning of new days” lie ahead.

We will act together in partnership and responsibility to heal the rift amid the people and immediately bring the country back to functionality. Regular functioning after a long period of paralysis and strife, we are looking ahead.

The government is comprised of parties from practically all ends of the political spectrum. Although smaller, the left-leaning and Arab parties only have marginal similar goals with the larger right-leaning and centrist parties. Ousting Netanyahu happened to be one of them, but beyond that their priorities differ.

On his way out, Netanyahu vowed that he would be back.

If it is destined for us to be in the opposition, we will do it with our backs straight until we topple this dangerous government and return to lead the country in our way.

Due to the diverse nature of the new government, focusing on divisive issues, such as a uniform response to Palestinian people, carries potential to tear it apart from the inside. Because of this, the coalition government will begin focusing on domestic reform and the economy.