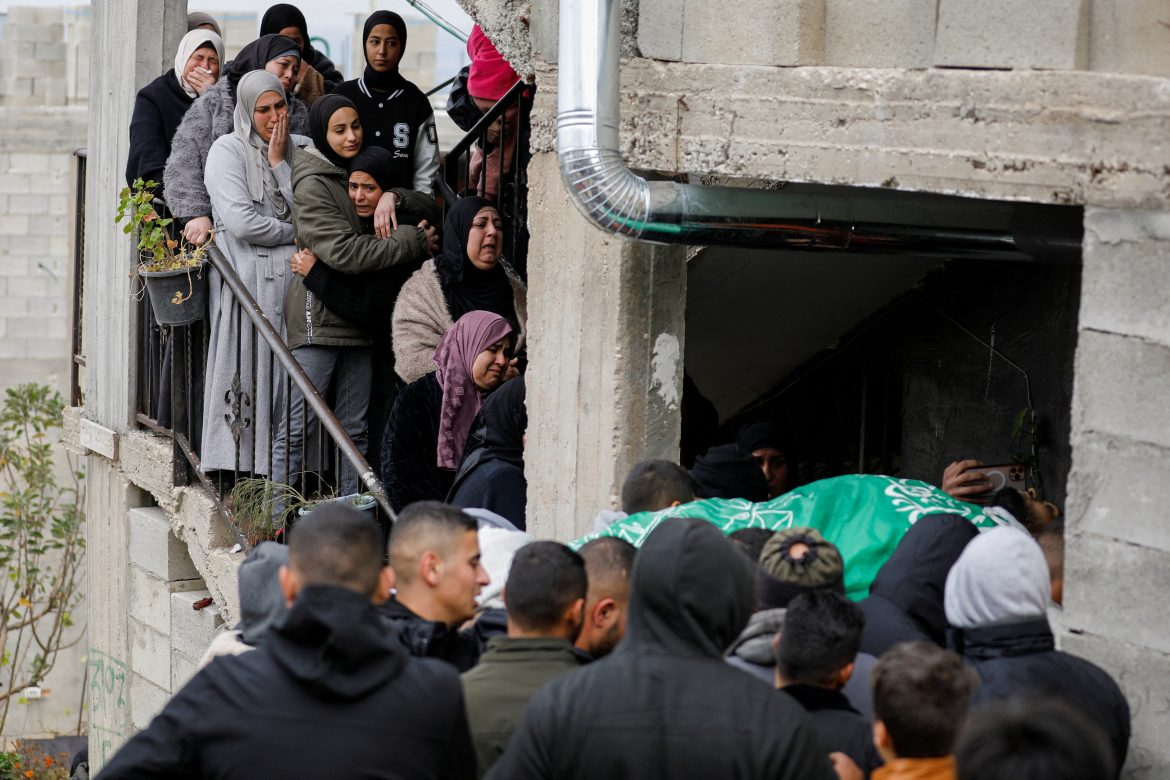 Israeli forces killed two Palestinian militants during clashes near the occupied West Bank city of Jenin on Monday that were set off when the army came to demolish the homes of two slain gunmen, Palestinian sources said.

The fatalities in Kafr-Dan village were the first for Palestinians since Israeli Prime Minister Benjamin Netanyahu retook office last week at the head of a hard-right coalition.

The Israeli army confirmed carrying out the raid to raze the homes of two Palestinians who killed one of its commanders in the West Bank last year before they were shot dead.

Troops shot at Palestinians in Kafr-Dan who attacked them with gunfire, rocks, and firebombs, the army said in a statement. There were no Israeli casualties in the incident.

Hamas, an Islamist group that runs the Gaza Strip, and a rival organization in the West Bank each claimed one of the two dead Palestinians as a member.

In a statement, Hamas, which rejects coexistence with Israel, vowed to “pursue resistance and confront the terrorism and fascism of the new Occupation government”.

In Kafr-Dan, Hani Abed, the father of one of the gunmen killed in the Sept. 14 clash, described the Israeli demolitions as “collective punishment”.

“This will not break our determination,” he told Reuters as he stood by the rubble of his house.

Last year saw the worst levels of violence in the West Bank in more than a decade, much of it concentrated around Nablus and the nearby city of Jenin, with at least 150 Palestinians and more than 20 Israelis killed.

In Ramallah, Palestinian Prime Minister Mohammad Shtayyeh, held Israel responsible for any escalation that could result from “acts of killings and daily incursions”.