Israeli Knesset votes to dissolve in step towards snap election 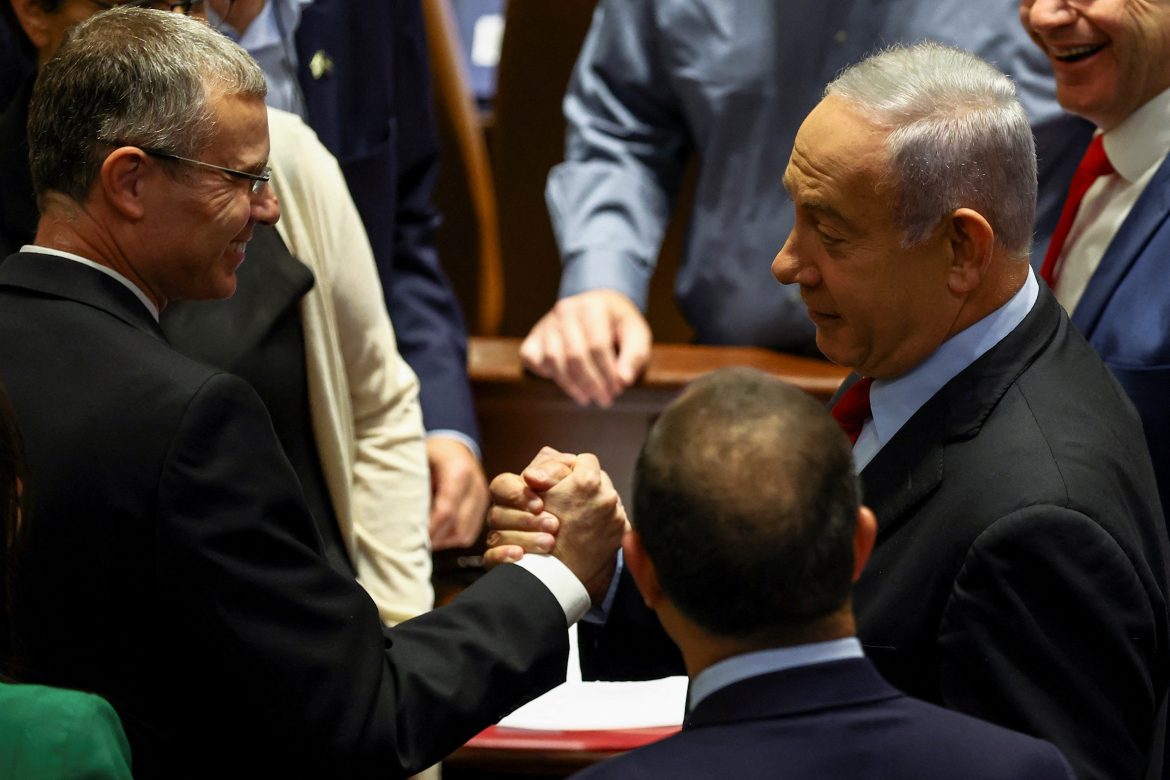 Israel moved closer on Wednesday to its fifth election in less than four years after lawmakers gave an initial nod to dissolve parliament, with a possible comeback by former Prime Minister Benjamin Netanyahu already dominating the campaign.

The Knesset voted unanimously for a snap election in a preliminary reading of a bill expected to be finalized next week, after which the centrist Foreign Minister Yair Lapid, 58, will take over from Prime Minister Naftali Bennett at the head of a caretaker government.

Lapid and Bennett ended Netanyahu’s record reign a year ago by forming a rare alliance of rightists, liberals, and Arab parties, which faltered in past months amid infighting. The designated interim premier has cast the upcoming election as a battle between moderates and Netanyahu-embraced extremists.

Netanyahu, now opposition leader, has been delighted by the disbanding of what he has called the worst government in Israel’s history. He hopes to win a sixth term in office.

Four surveys published on Tuesday found Netanyahu’s conservative Likud party and its likely allied nationalist and ultra-religious parties as leading the polls, but still short of a governing majority in Israel’s 120-seat Knesset.

Their rivals across the political spectrum have vowed to prevent a return to power by Netanyahu, who is on trial on corruption charges that he denies.

Coalition lawmakers are already pushing legislation that will bar a person under criminal indictment from heading a government, though it is unclear whether they have enough votes.

“Netanyahu knows if Israel remains a liberal democracy that he will not be able to cancel his trial,” Lapid said at an economic conference in Jerusalem.

“Our mission is to ensure these people don’t take power and not to let them crush Israel’s democracy.”

But Bennett said he would vote against such a bill, and leave it to voters to decide if Netanyahu is fit for the top office.

“I’m confident they will make the right choice,” he tweeted.

Netanyahu, 72, who has cast his trial as a leftist witch-hunt, has said his rivals will lean on Muslim Arab lawmakers who he has described as “supporters of terrorism.”

“Only a strong national government headed by Netanyahu will put Israel back on a right-wing course,” Likud said in response to Lapid’s remarks.

The election’s exact election date, likely between late September to early November, will be decided next week.

Lawmakers in Netanyahu’s camp have called for a new government to be formed under his leadership before the final election law is passed, though that scenario appears remote.

Californians fleeing to Mexico in search of more ‘affordable living’