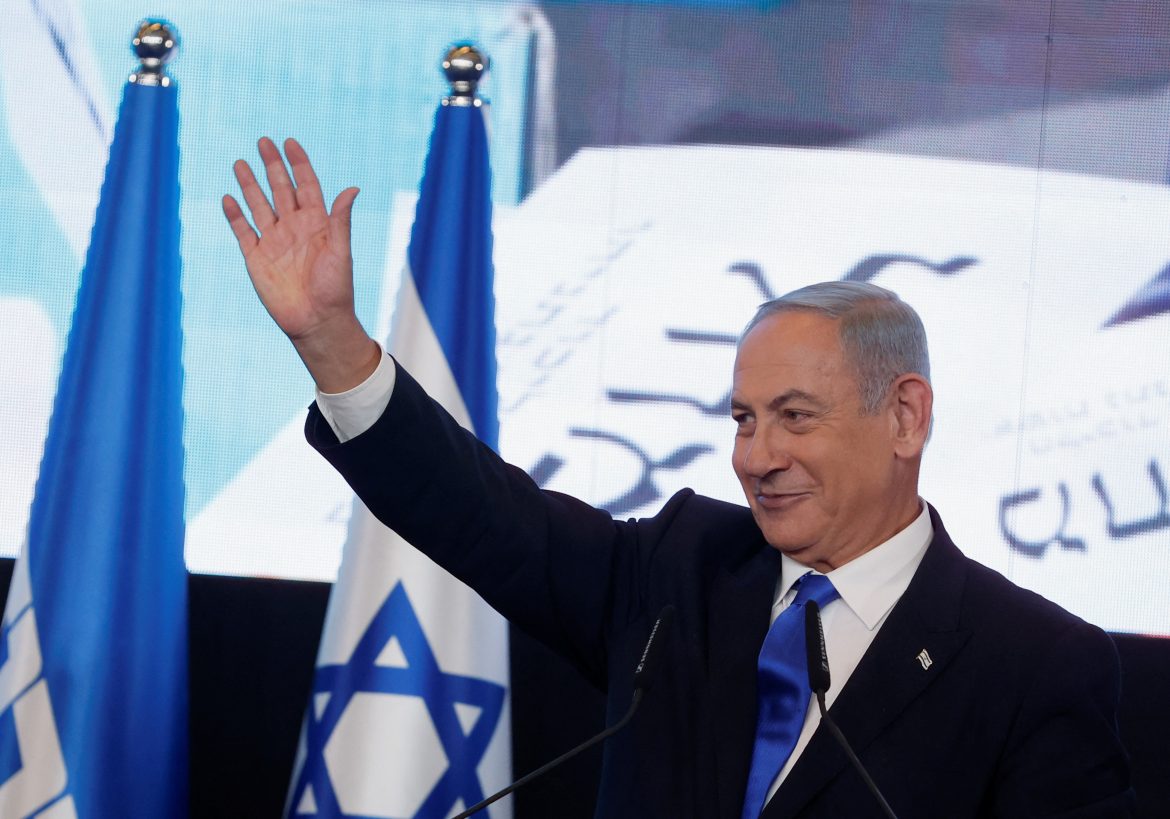 Netanyahu’s victory is set to end an unprecedented stalemate in Israel after five elections in less than four years.

This time Netanyahu, the dominant Israeli politician of his generation, won a clear parliamentary majority, boosted by ultranationalist and religious parties.

Tuesday’s ballot saw out the centrist Lapid, and his rare alliance of conservatives, liberals and Arab politicians which, over 18 months in power, made diplomatic inroads with Turkey and Lebanon and kept the economy humming.

With the conflict with the Palestinians surging anew and touching off Jewish-Arab tensions within Israel, Netanyahu’s Likud and kindred parties took 64 of the Knesset’s 120 seats.

Netanyahu still has to be officially tasked by the president with forming a government, a process that could take weeks.

He was responding to a stabbing reported by Jerusalem police. In the West Bank, troops killed an Islamic Jihad militant and a 45-year-old man in a separate incident, medics said. Queried on the latter death, the army said it opened fire when Palestinians attacked them with rocks and petrol bombs.

Later in the day, air attack sirens went off in southern Israel after Gaza militants fired a rocket that was intercepted by missile defenses, the military said. It responded with strikes against militant targets in Gaza. No injuries were reported.

Israeli media, citing political sources, said the new government may be clinched by mid-month. Previous coalitions in recent years have had narrower parliamentary majorities that made them vulnerable to no-confidence motions.

With coalition-building talks yet to officially begin, it was still unclear what position Ben-Gvir might hold in a future government. Since the election, both he and Netanyahu have pledged to serve all citizens.

But Ben-Gvir’s ascendancy has stirred alarm among the 21% Arab minority and center-left Jews – and especially among Palestinians whose U.S.-sponsored statehood talks with Israel broke down in 2014.

“We hope that all Israeli government officials will continue to share the values of an open, democratic society, including tolerance and respect for all in civil society, particularly for minority groups,” the spokesperson said.

U.S. Ambassador to Israel Thomas Nides said he spoke with Netanyahu and told him he looked forward to “working together to maintain the unbreakable bond.”