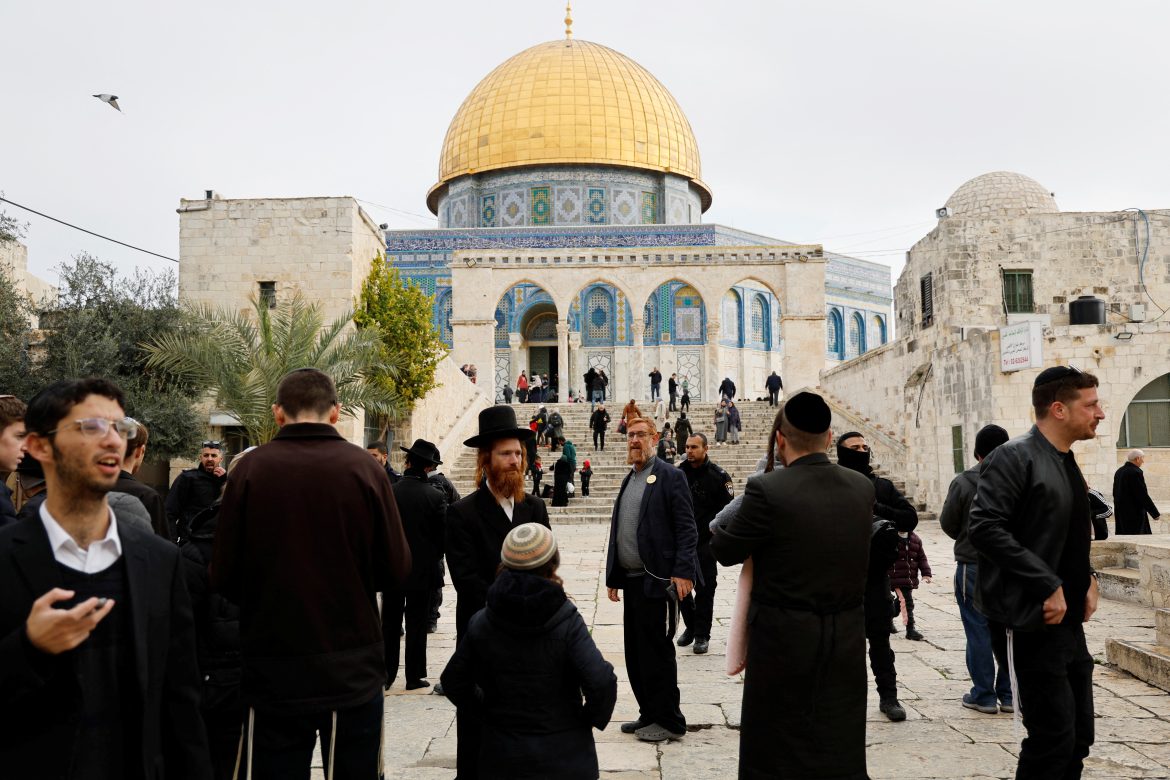 Itamar Ben-Gvir, the newly minted head of Israel’s national security department, drew heavy criticism and seems to have prompted a special meeting at the United Nations after paying a brief Tuesday visit to Temple Mount, a holy site venerated by the Christian, Jewish, and Islamic faiths.

“The Temple Mount is open to all,” Ben-Gvir said on Twitter.

Ben-Gvir was photographed walking outside the temple with a sizable security detail and a man who, like Ben-Gvir, is a practitioner of Orthodox Judaism.

The entire event lasted about 15 minutes, but everything about the visit — from the occurrence itself through Ben-Gvir’s use of the term “Temple Mount” instead of “al-Aqsa mosque” — drew heavy criticism from Palestinians, critics of the coalition government of recently returned Prime Minister Benjamin Netanyahu, and the international community.

Most criticism on the international stage centered on fears that Ben-Gvir had threatened the status quo, a fragile peace centered on Temple Mount remaining open only to Muslim worship.

“The story on Temple Mount is the racism,” the Times of Israel quoted Ben-Gvir as saying. “That Jews can’t go up. That Jews are treated as though they’re impure. That Jews are not allowed to drink from the water tap.”

Fears abound in Israel that Ben-Gvir’s visit will touch off intense violence from Palestinians, who do not believe Jewish people have a right to worship at Temple Mount, which is now a mosque.

“[The] quiet with which the visit was received on the Palestinian street promises nothing regarding the future,” Nir Hasson of the Times of Israel wrote in a column. “In the past hundred years, the Palestinians have proved on numerous occasions that al-Aqsa is a bright red line.”

United Nations Secretary-General Antonio Guterres, through a spokesperson, called for calm and begged people in Jerusalem “to refrain from steps that could escalate tensions in and around the holy sites.”

At the request of China and the United Arab Emirates, who acted on behalf of Palestinians, the UN Security Council announced a special meeting to address the matter.

“[The] United States stands firmly, and we’ve been very clear, for preservation of the status quo with respect to the holy sites in Jerusalem,” White House Press Secretary Karine Jean-Pierre said during her Tuesday briefing. “Any unilateral action that jeopardizes the status quo is unacceptable, and we will continue to be steadfast on that and be very clear on that.”

Netanyahu assured the international community that he was committed to maintaining the Muslim-only worship policy and, through a spokesperson, indicated “claims of a change in the status quo are groundless.”

It’s important to note that the fears expressed by the international community are well-founded. Palestinian Prime Minister Mohammad Shtayyeh referred to the visit as a raid and suggested Ben-Gvir wanted to convert Temple Mount back into a Jewish place of worship.

Shtayyeh, along with the leaders of Hezbollah and Hamas, all indicated violence would follow should such visits continue.

The question, though, will be if Ben-Gvir, who even his critics agree is nonplussed by the threats of Palestinian and Islamic forces, is as committed to the status quo as his prime minister or the international community want him to be.

Ben-Gvir, whose far-right party was foundational in allowing Netanyahu to form a coalition government, is not exactly beholden to his nation’s leader.

As of this writing, Ben-Gvir has not indicated if he plans another trip to Temple Mount or if he has any intention to press for access to Jewish or non-Muslim worship on the site.