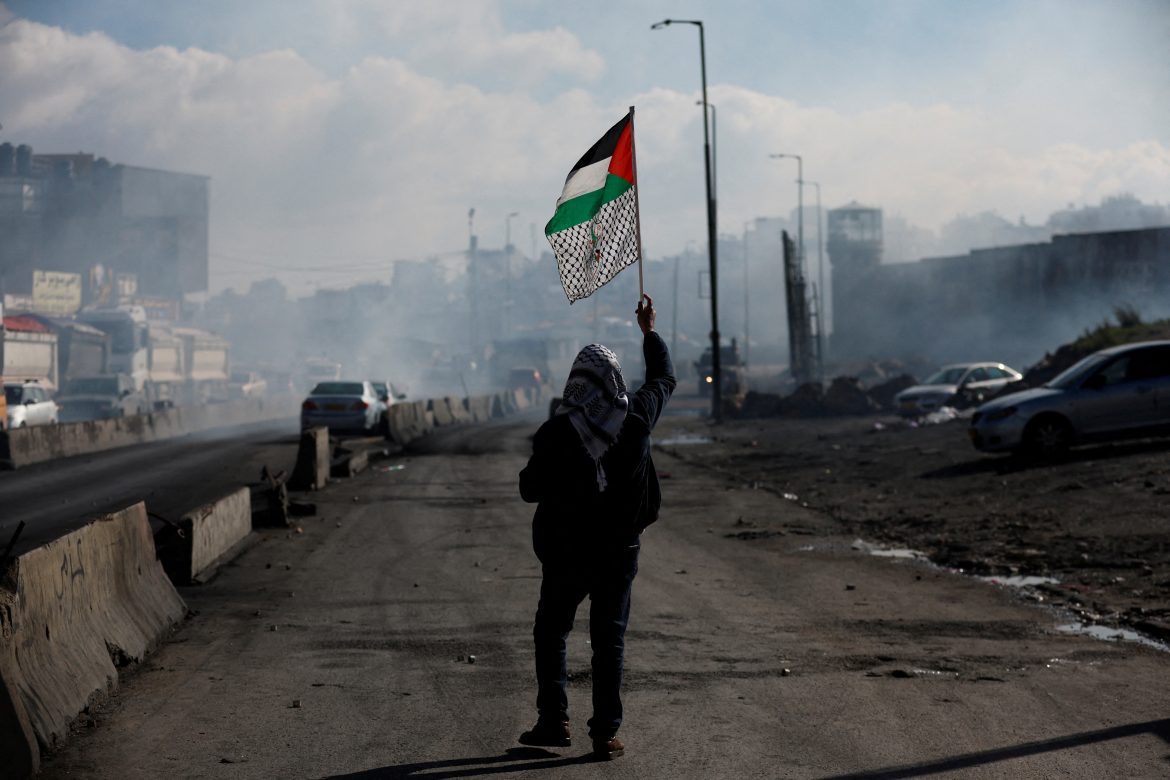 Israeli law does not outlaw Palestinian flags but police and soldiers have the right to remove them in cases where they deem there is a threat to public order.

The directive from Ben-Gvir, who heads an ultranationalist party in Benjamin Netanyahu’s new government and as minister oversees the police, seems to take a hard line in requiring their removal.

It follows the release last week of a long-serving Palestinian prisoner, convicted of kidnapping and killing an Israeli soldier in 1983, who waved a Palestinian flag while receiving a hero’s welcome in his village in northern Israel.

It also came amidst anti-government protests in Tel-Aviv over the weekend with protesters flying the Palestinian flag alongside Israeli flags and at least one flag that read “Free Palestine from the Zionist colonial rule.”

“It cannot be that lawbreakers wave terrorist flags, incite and encourage terrorism, so I ordered the removal of flags supporting terrorism from the public space and to stop the incitement against Israel,” Ben-Gvir said in a statement.

“Freedom of expression does not extend to identifying with a terrorist and those who want to harm IDF soldiers,” he continued.

Earlier in the day Israeli Prime Minister Benjamin Netanyahu also demanded an end to the protests and criticized the media for its coverage.

“This is wild incitement that went without condemnation by the opposition or the mainstream media,” Netanyahu stated.

Arabs in Israel account for around a fifth of the population and most are descendants of Palestinians who remained within the newly founded state after its 1948 war of independence.

They have long debated their place in Israel‘s politics, with many identifying as or with the Palestinians.