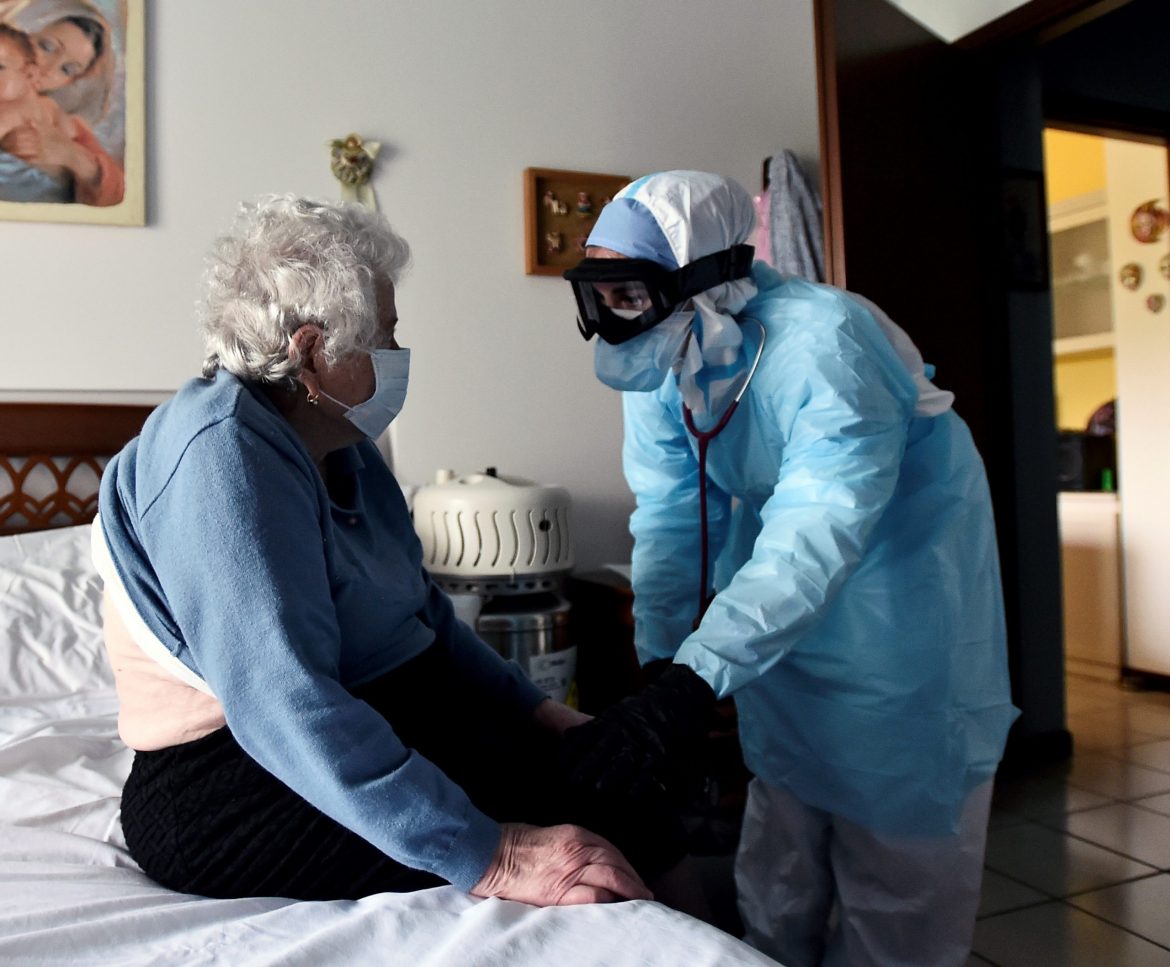 For doctors in northern Italy, fighting what is still Europe’s worst outbreak of COVID-19, the frontlines have moved beyond hospitals as special teams try to keep patients alive at home, away from the saturated wards where thousands have died.

For staff on the so-called USCA (Special Continuity Assistance Units) teams, it has been a draining struggle, initially hampered by a shortage of vital protective gear, that mixes emergency medicine with the shock of losing unprecedented numbers of patients.

“It was and still is a tough experience that will leave its mark on everybody,” said Giulia Villa, a 33-year-old doctor in the northern town of Bergamo, where hundreds have died since the coronavirus outbreak emerged in a nearby town on Feb. 21.

“We gave everything we had and we are still trying to help people. We especially want to relieve the strain from hospitals by being able to treat patients at home,” Villa said.

Accounting for half of the more than 22,000 people who have died from the coronavirus in Italy, Bergamo’s home region of Lombardy on the border with Switzerland remains one of the worst affected zones in the world and its doctors have been under strain for weeks.

“We saw so many people who needed to be hospitalized very quickly but the problem was, the ambulance service just couldn’t keep up,” she said, struggling to control her emotions.

“There was a huge number of phone calls, unfortunately, to announce deaths which we just never had before. So we found ourselves more than treating patients, confirming many deaths at home.”

Lombardy is Italy’s economic powerhouse with a hospital system to match any in Europe, but it came close to buckling as ambulances ferried in thousands of patients a day.

In a bid to relieve the pressure, authorities set up the USCA units last month, aiming to offer more specialized treatment than family doctors were able to provide while keeping patients out of crowded hospitals.

Since March 19, when they went into operation, the units have carried out more than 1,000 home visits after initial problems getting enough masks and protective equipment for the medical staff and vital oxygen bottles for patients with severe respiratory problems.

“At the beginning, we had very (little) protective equipment, now we have enough. We have masks, we have glasses, we have everything now,” said Roberto Moretti, the doctor in charge of primary health care in Bergamo.

For frontline medical staff like Villa, getting ready to make a home visit takes at least 15 minutes as she dresses in a full-body suit with plastic covers for her hair and feet as well as gloves, a facemask, and protective goggles.

But the personal toll has been enormous as the teams deal with sick and frightened people struggling for life or preparing to watch a family member die.

“No one is prepared for this but we took action immediately and certainly we had really low moments, moments of fear and discomfort,” Villa said.

“But the wish to help and survive this awful situation was the strength that pushed us on every day to help people.”