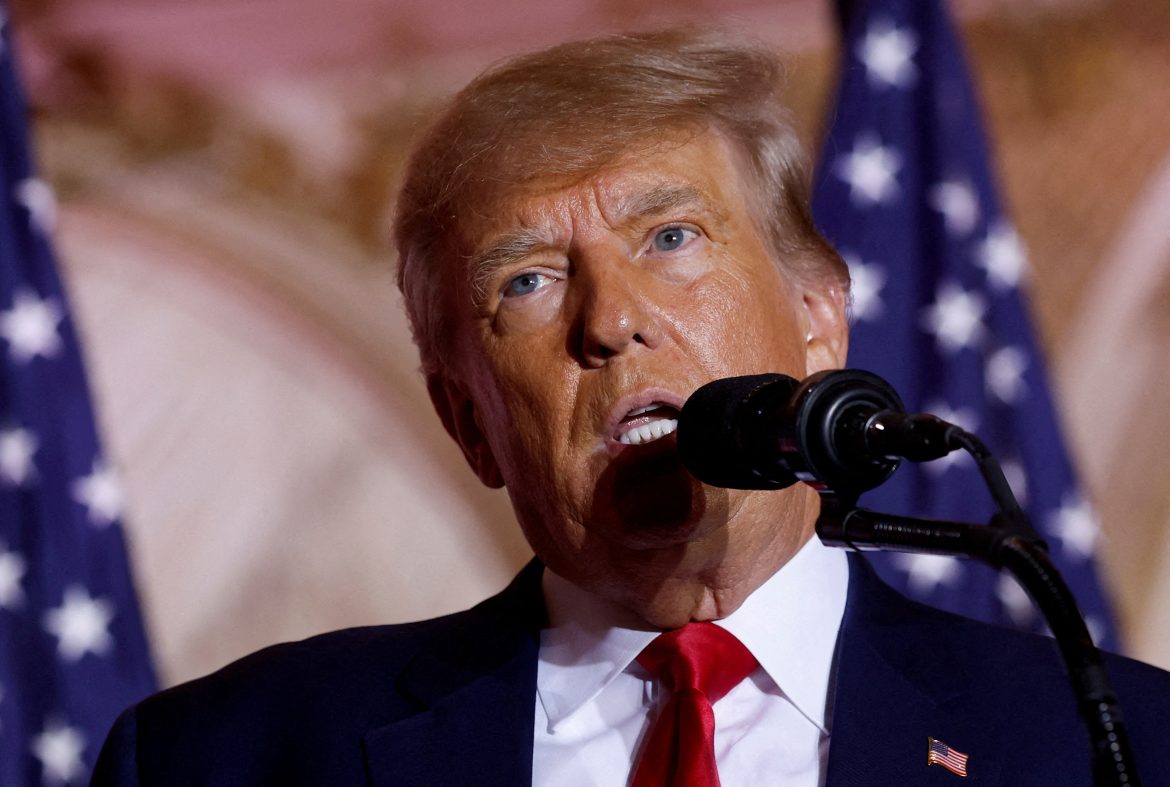 A U.S. House of Representatives panel on Monday announced that they will ask federal prosecutors to charge Donald Trump with obstruction and insurrection for his role in the Jan. 6 riots.

The Democratic-led select committee asked the Justice Department to bring charges against the Republican former president, including obstruction of an official proceeding of Congress, conspiracy to defraud the United States, and insurrection. The committee voted unanimously to recommend charges.

The requests are largely symbolic as they hold no legal weight but may increase pressure on prosecutors, who are carrying out multiple investigations of Trump, to act.

Monday’s meeting is likely the last final public gathering of a panel that spent 18 months probing the Jan. 6 riots, as several of the members of the committee will no longer hold office in the 118th Congress.

The committee has been decried by many Republicans as being a political witch hunt, as Nancy Pelosi denied House Minority Leader Kevin McCarthy’s nominees.  The only two Republicans to sit on the 9-member panel were Liz Cheney and Adam Kinzinger who both had previously voted to impeach Trump. Neither will return to Congress in the new year. Kinzinger did not run for reelection and Cheney was overwhelmingly defeated in the Wyoming Republican primary in what many saw as a referendum on her outspoken criticism of Trump.

“If we are to survive as a nation of laws and democracy, this can never happen again,” said Representative Bennie Thompson, the select committee’s chairperson, as the meeting began.

Saying Trump was responsible for summoning a mob to the Capitol nearly two years ago, Thompson also criticized the former president for undermining faith in the democratic system.

“If the faith is broken, so is our democracy. Donald Trump broke that faith,” Thompson said.

Trump has already launched a campaign to seek the Republican presidential nomination again in 2024.

Criminal referrals were also made for several of Trump’s allies, including lawyers Jeffrey Clark and John Eastman.

According to the Washington Examiner, the committee also made criminal referrals for multiple Trump allies and referred four GOP lawmakers to the Ethics Committee for refusing to cooperate with subpoenas from the committee.

A jury has already found members of the right-wing Oath Keepers militia guilty of sedition for their role in the attack and a special counsel, Jack Smith, is leading probes into Trump’s efforts to overturn his loss and his removal of classified documents from the White House.

Trump has faced a series of legal problems since leaving office. Trump has claimed that many of these proceedings are politically motivated and not based on fact.

“The highly partisan Unselect Committee is illegally leaking confidential info to anyone that will listen,” the former president wrote on his Truth Social platform before the meeting. “How much longer are Republicans, and American Patriots in general, going to allow this to happen.”

Philadelphia schools will mask up when students return from winter break