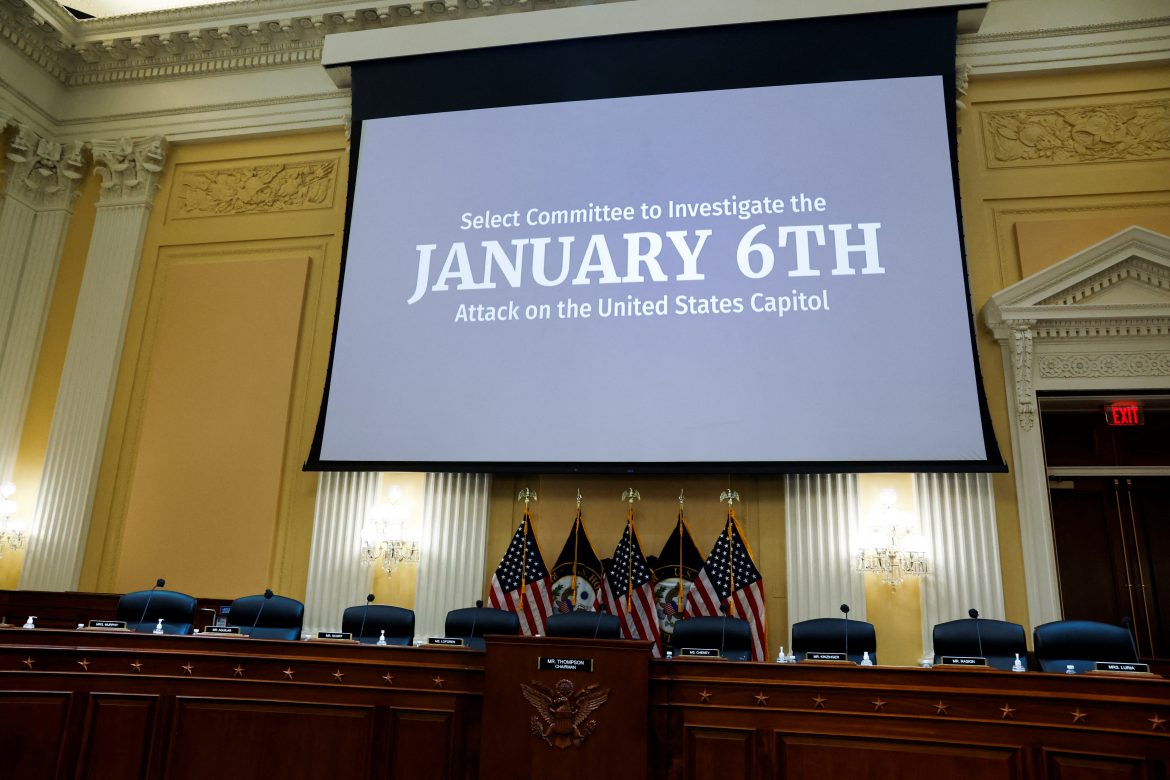 The work of the Jan. 6 select committee officially entered a new phase Thursday, as the predominantly Democrat entity moved its work into primetime, both in the metaphorical and literal sense.

Not only did Thursday mark the group’s first public hearing, but the committee also did its work at an hour when the largest number of Americans would be likely to watch as the committee sets out to, at minimum, permanently label former President Donald Trump as the leader of a failed coup.

Whether they are doing so cynically or for noble reasons, committee members are engaged in an attempt to turn the hearings into a pop culture topic du jour. As first reported by Axios, the committee hired an accomplished television producer to advise them on how to create a hearing that will behave like a blockbuster event worthy of appointment viewing.

In that sense, Thursday night’s hearing amounted to a pilot episode meant to establish themes and entice viewers, with one tweet from the committee’s official page Thursday night saying, “This is only the beginning.” Indeed, speakers promised “never-before-seen footage” and used language that seemed more indicative of a television teaser than a governmental hearing.

Witness testimony from U.S. Capitol Police officer Caroline Edwards, who was injured during the riot, was almost an afterthought as committee members laid out what was to come in a series of hearings that will run the month of June.

Rep. Liz Cheney (R-Wyo.) gave viewers a preview of what they’d see in each hearing, promising a final hearing that would feature a “moment-by-moment account of the hours-long attack from more than a half dozen White House staff, both live in the hearing room and via videotaped testimony. There is no doubt that President Trump was well aware of the violence as it developed.” In her opening remarks, Cheyney aadded, “President Trump, summoned the mob, assembled the mob, and lit the flame of this attack.”

The hearing also featured tropes common to courtroom dramas as committee members spent the evening laying out their case against Trump, who they say knowingly lied to the American people when he said the 2020 presidential election was stolen.

This included video clips showing the likes of former Attorney General Anthony Barr and Ivanka Trump, the former president’s daughter, accepting that the 2020 presidential election was not stolen, with Barr also saying he advised the president not to pursue that narrative.

“Donald Trump was at the center of that conspiracy,” Thompson said. “And ultimately, Donald Trump, the president of the United States, spurred a mob of domestic enemies of the Constitution to march down to the Capitol and subvert American democracy.”

However, Cheney, one of just two Republicans serving on the committee, proved the central figure of the first night. As a legacy Republican, Democrats hope Cheney will sway conservatives while maintaining the premise that the proceedings are bipartisan.

Cheney spoke at length about the evidence the committee has amassed and repeatedly scolded former President Trump while also calling for a united and patient America.

“As Americans, we all have a duty to ensure what happened on January 6th never happens again, to set aside partisan battles to stand together to perpetuate and preserve our great Republic,” Cheney said.

The moment that received the loudest audible reaction from those present was when Cheyney said that witnesses have testified that the night of Jan. 6 when President Trump was told of “the rioters’ chants to hang Mike Pence, the president responded with this quote ‘maybe our supporters have the right idea. Mike Pence ‘deserves it.'”

Republicans have largely dismissed the hearings as a politics-driven witch hunt.

“All [Democrats] are doing is trying to paint a new political narrative…because the Democrat agenda has failed,” Rep. Byron Donalds (R-Fla.) said on Fox News.

"All (Democrats) are doing is trying to paint a new political narrative…because the Democrat agenda has failed." –@ByronDonalds pic.twitter.com/wrzRVtd0FE

Cheney, though, accused Republicans of seeking to protect Trump.

“Tonight, I say this to my Republican colleagues who are defending the indefensible: There will come a day when Donald Trump is gone, but your dishonor will remain,” Cheney said during the hearing.

The next hearing is slated for Monday, again in prime time.