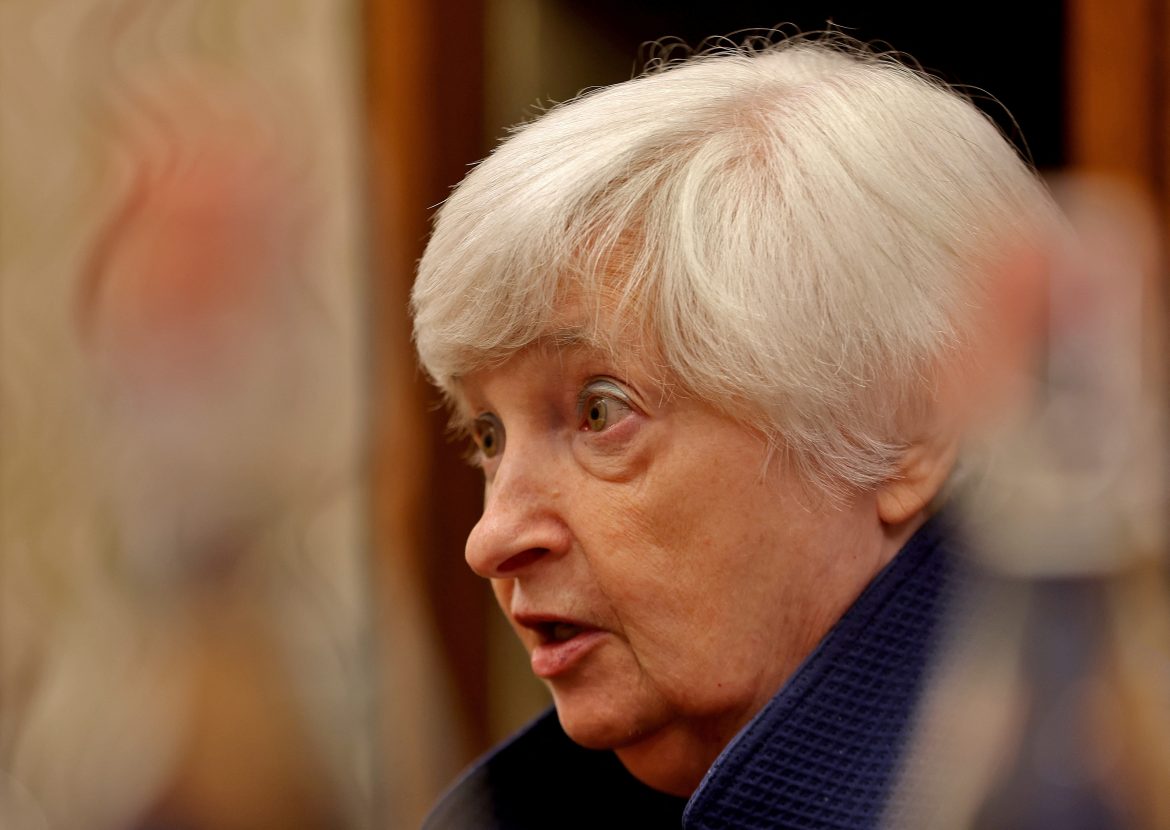 U.S. Treasury Secretary Janet Yellen said that more data was needed to determine if the U.S. had turned the corner on unprecedented inflation.

Despite the positive report, U.S. Treasury Secretary Janet Yellen was hesitant to declare that the fight against inflation had reached a turning point in an exclusive interview with Reuters on Friday.

The Labor Department report was lower than economists forecast.

“It was certainly nice to see an inflation report that came in on the low side of expectations rather than the high side and, you know, we’ve seen early indications along the pipeline that inflation might be diminishing,” Yellen said.

In particular, the core inflation came in a “lot lower” than the Treasury department had anticipated. The core inflation, calculated without the inclusion of food and energy prices, showed a 0.3% raise during the month of October. This is a slowdown after recent months. For example, core inflation gained by 0.6% in September.

The core inflation is notable because it still factors in strong gains in rent costs and increasing mortgage rates.

According to the Zillow Observed Rent Index, rental prices peaked in February. Despite this price stabilization, Yellen said that rent prices would continue to weigh in on the core inflation during the coming months as older rental contracts were renewed under higher rental prices.

In addition, improvements in the U.S. supply chain appear to be easing core inflation.

Still, the treasury secretary said she would not “read too much into one month.”

Despite Yellen’s reservations, the economy responded positively to the report.

Notably matching the historic mortgage rate decline seen near the beginning of the COVID-19 pandemic in early 2020, Mortgage News Daily shared that the average rate for a 30-year fixed rate mortgage dropped 60 basis points on Friday, from 7.22% to 6.62%.

Although this mortgage decline will be welcome news for potential homebuyers, the rate is still more than double January’s average. In January, the average 30-year fixed mortgage rate was 2.22% according to Freddie Mac’s Primary Mortgage Market Survey.

Stocks also rallied on Friday for the largest single-day gains since 2020.

The Federal Reserve voted to increase interest rates by three-quarters of a percentage point on Nov. 2 for the fourth consecutive quarter in an effort to force inflation to slow down. Economists still anticipate more hikes in the future.