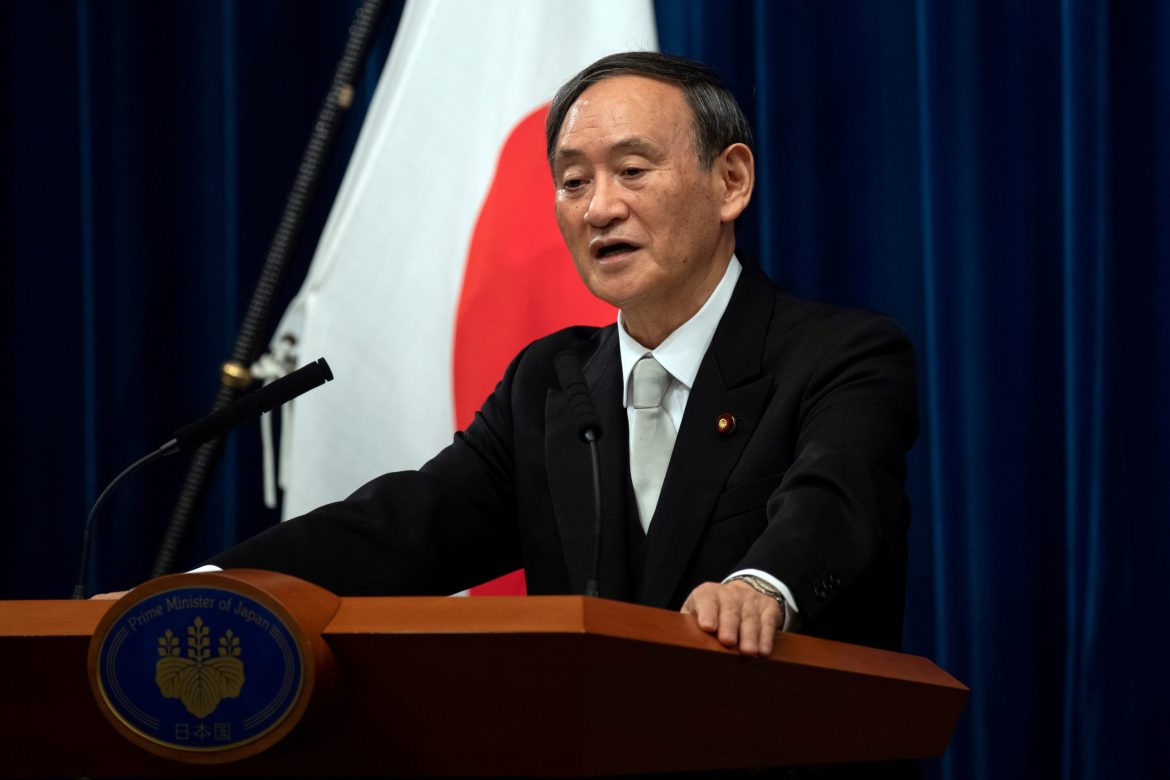 Suga has pledged to contain COVID-19 and push reforms after retaining about half of Abe’s lineup in his cabinet. He said he would stick with the “Abenomics” growth policies while pushing reforms including deregulation, digitalization, and smashing of bureaucratic barriers.

Suga must also cope with an intensifying U.S.-China confrontation, build ties with the winner of the Nov. 3 U.S. election and try to keep Japan’s own relations with Beijing on track. At his news conference, Suga said he would implement policies to beef up Tokyo’s alliance with the United States, while hoping to establish stable relationships with China and Russia. U.S. Secretary of State Mike Pompeo issued a statement saying Washington looked forward to working with Suga and calling the U.S.-Japan Alliance “the cornerstone of peace, security, and prosperity in a free and open Indo-Pacific.” Since his election and conference, Suga has spoken on separate calls with U.S. President Donald Trump and Chinese President Xi Jingping to discuss relations.