Jean-Pierre snaps at reporter during briefing with Dr. Fauci 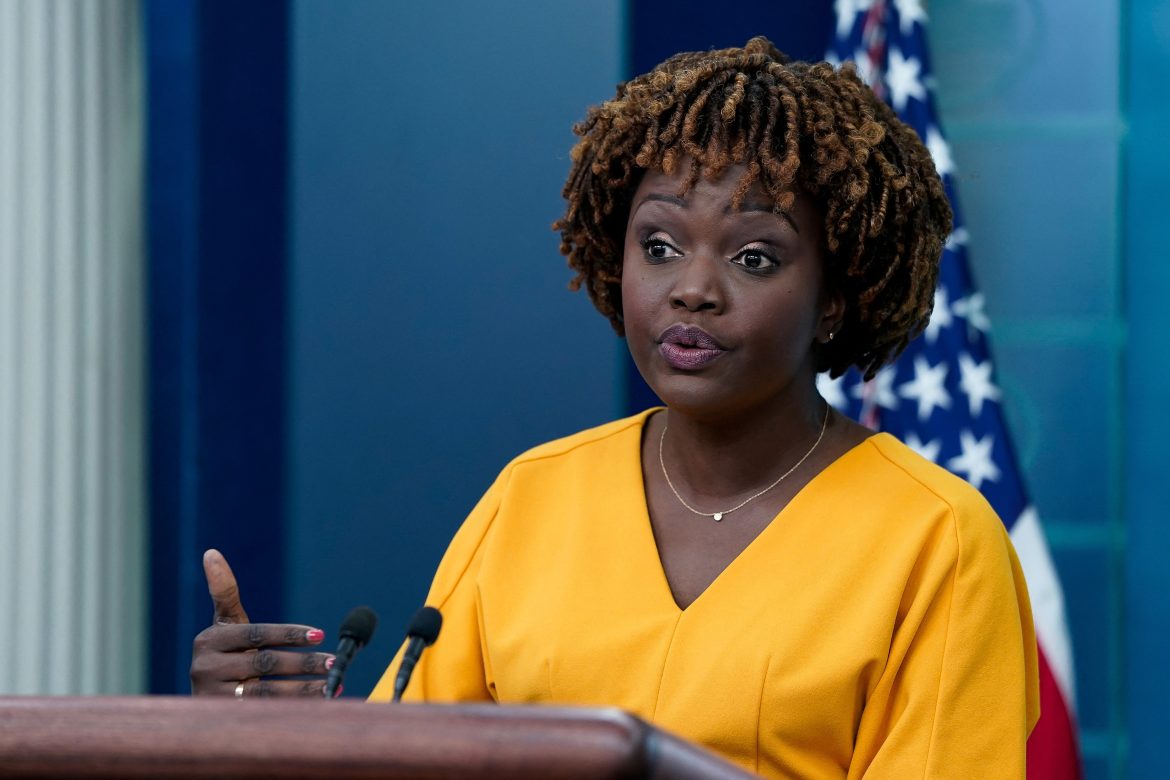 White House Press Secretary Karine Jean-Pierre lost her cool against a conservative reporter after she challenged Dr. Anthony Fauci regarding his approach to COVID.

The director of the National Institute of Allergy and Infectious Disease once again used the platform to urge the public to get the COVID vaccine during what he said may be his final remarks at the White House briefing room Tuesday. When the floor was opened to questions, Daily Caller’s White House Correspondent, Diana Glebova began to ask Fauci about the investigations into the origin of COVID, a topic that Fauci has repeatedly avoided.

Jean-Pierre immediately returned to the podium and began to speak over Glebova, who accused her of calling “on the same people all the time.”

Daily Caller's @DianaGlebova tries to ask Dr. Fauci about what he did to investigate the origins of covid and Jean-Pierre shuts her down.

Another reporter yells at her for not letting Diana ask the question. pic.twitter.com/RieiEBwl2p

Upon her correction, the briefing room erupted into comments from other reporters criticizing Pierre for not allowing Glebova to ask a “valid” question. New York Post reporter Steven Nelson and Africa News Today reporter Simon Ateba both fired back at Jean-Pierre for her bias in the briefing room.

“You should allow her to ask the question,” Ateba said.

“I hear the question,” a further irritated Jean-Pierre replied.. “but we’re not doing this the way you want it. This is disrespectful. I’m done with you, Simon.”

Glebova took to Twitter to thank the other reporters for backing her in the briefing room, saying she tried to ask the question several times.

“There’s finally some pushback to the administration’s narrative,” she wrote, also stating that the reason she was shut down by Pierre was because she “always comes with honest answers that Americans want to know.”

Fauci, who has worked for the federal government for five decades, has faced criticism for the alleged use of gain-of-function research at the Wuhan Institute of Virology. The immunologist has been involved in heated confrontations regarding this allegation with Senator Rand Paul (R-KY) in front of the Senate Health Committee, to which Fauci repeatedly told Paul “you don’t know what you’re talking about.”

The Daily Wire reports that Fauci, the highest-paid government employee, has added “roughly $5 million to his household net worth between 2019 and 2021.” These numbers raise questions about the legitimacy of his approach to handling the coronavirus.

Fauci has a history of flip-flopping his narrative which has brought additional skepticism to his motivation in how he handled the pandemic.

Despite previously saying that masks are not effective, Fauci has been vocal about his support of mask mandates and lockdowns and has been an integral part of the campaign to pressure the public to get multiple vaccines and to avoid gathering with loved ones for holidays.