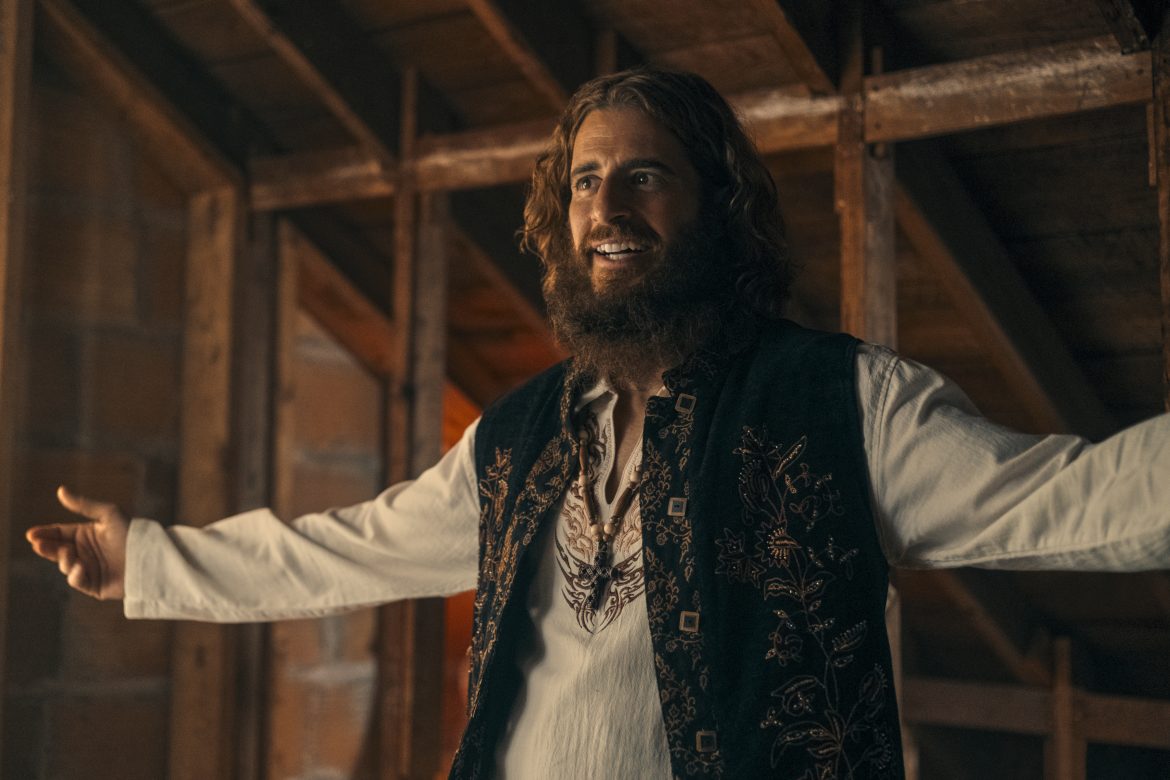 A new film is bringing to the big screen the story of the sweeping evangelical revival — dubbed the “Jesus Movement” by Time Magazine — that emerged amid the countercultural revolution of the tumultuous ‘60s and early ‘70s, a period in American history distinguished by protests, hippies, flower children, and widespread psychedelic drug use.

“Jesus Revolution” — a new film from the creators of “I Can Only Imagine” — tells how in their pursuit of life’s meaning and “free love,” many young boomers were increasingly drawn to the message of unconditional love found in the Bible and personified in Jesus.

The film traces the Jesus Movement to its roots, when real-life charismatic “hippie street preacher” Lonnie Frisbee (Jonathan Roumie) met Chuck Smith (Kelsey Grammer), pastor of a newly-formed Calvary Chapel in Mesa, California. It was there that Riverside, California Harvest Chapel Pastor Greg Laurie (Joel Courtney) was given the opportunity to lead 30 people in a Bible study at the age of 19. Together, the three men would play a major role in the “Jesus Revolution” which changed the landscape of Christianity and transformed churches across the country.

The film is directed by Jon Erwin and Brent McCorkle. In addition to Grammer, Courtney, and Roumie (perhaps best known for his role as Jesus in “The Chosen”), the film also stars Anna Grace Barlow and Kimberly Williams Paisley. The film is set for release on Feb. 24 in theaters everywhere, according to the “Jesus Revolution” website.

While each of the three men depicted in the film played a critical role in the Jesus Revolution, Frisbee is perhaps the most intriguing.

Rev. Laurie said that people were drawn to Frisbee’s “down-to-earth” preaching style, “gentle spirit, and good humor” in a blog posted on the Harvest Church website. Frisbee also spoke the same “hippie patter” of his followers, according to Laurie, using contemporary nomenclature like “tripping” and “far out” in his sermons.

Beloved by his followers, Frisbee was seen as a controversial figure among traditional Christian leaders, who openly questioned his focus on the Holy Spirit and emphasis on spiritual gifts and prophecies. However, Laurie argued that Frisbee “was the right person at the right time” to spark a Christian revival, “totally authentic, original, and on fire for the Lord.

“He might not have fit the strong, virile image traditional churchgoers expected of a great leader — he was small in stature and seemed fragile. And yet, his guru-like hippy shirts, long, brown hair parted in the middle, full beard, and leather sandals made him look like the quintessential portrait of Jesus.”

As for Laurie, he went from leading that Bible study of 30 at the Calvary Chapel all those years ago to a congregation of 15,000 at Harvest, which ranks among the most influential churches in the country.

Check your local listings for theater dates and times.