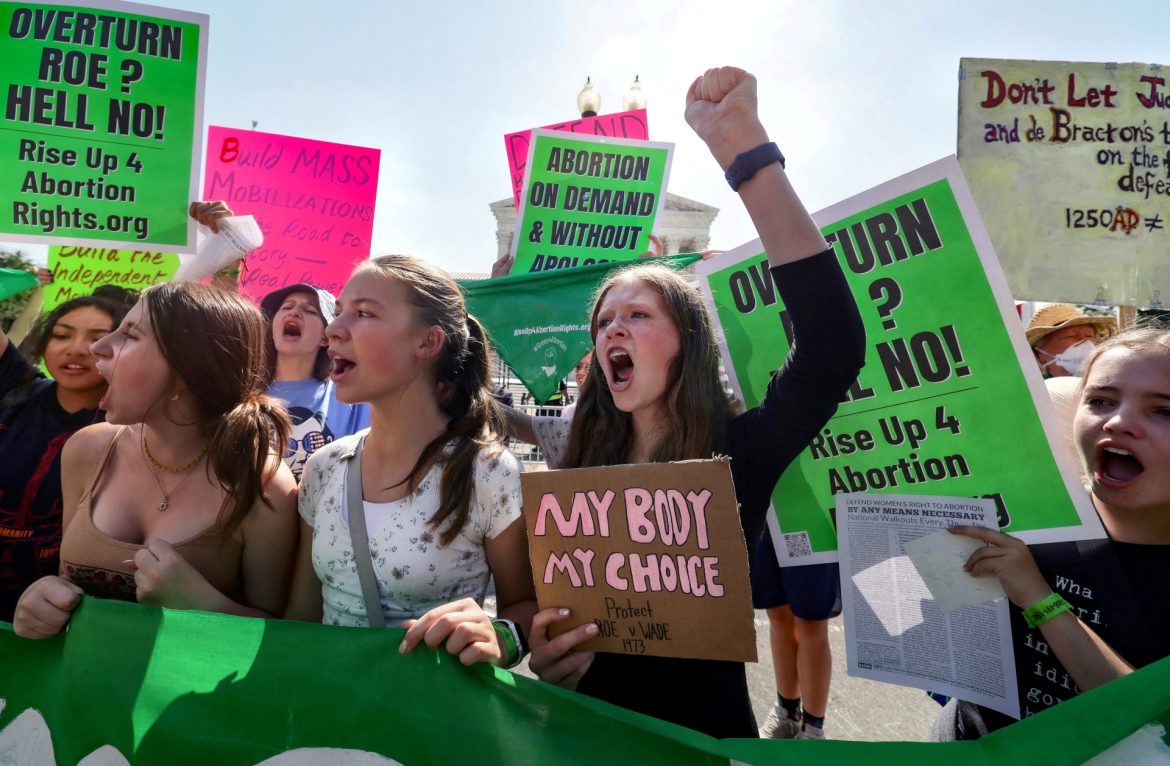 In April, Florida Gov. Ron DeSantis signed HB 5, a bill banning most abortions after 15 weeks. The new law will go into effect on July 1, but it is already facing legal challenges by a Jewish synagogue and Planned Parenthood.

The L’Dor Va-Dor Synagogue in Boynton Beach, Florida, cites a violation of religious freedom in its lawsuit, the filing for which states that abortion is required in Jewish law if necessary “to protect the health, mental or physical well-being of the woman, or for many other reasons not permitted under the act.” As a result, the plaintiff argues that the law, “prohibits Jewish women from practicing their faith free of government intrusion and thus violates their privacy rights and religious freedom.”

The Jewish congregation is the second group to challenge HB 5 in court joining a group that includes Planned Parenthood, which is suing to block the law from taking effect. The lawsuit by Planned Parenthood is challenging the law based on what they call a “violation of state privacy rights.” The challenge rests on the Florida State Constitution privacy clause that states, “Every natural person has the right to be let alone and free from governmental intrusion into the person’s private life except as otherwise provided herein.”

According to NPR, “The two lawsuits are likely to be consolidated into a single case. A hearing on a proposed injunction to block the Florida abortion law is likely in the next two weeks.”

Current Florida law allows abortion up to 24 weeks of pregnancy, so HB 5 would be a significant shift in the state’s abortion law.

The new law that will go into effect on July 1 is modeled after the 15-week abortion ban in Mississippi that is currently being reviewed by the Supreme Court. The Mississippi law made the national spotlight when a draft decision of the case was leaked in February, months before the final ruling was to come out. That draft decision showed that the court was in favor of upholding the abortion ban in Mississippi, a ruling that would essentially overturn Roe v. Wade on the federal level, and make abortion a state-level issue.

“House Bill 5 protects babies in the womb who have beating hearts, who can move, who can taste, who can see, and who can feel pain,” DeSantis said when originally signing the bill.

The bill was created as way to protect the rights unborn children, and by cutting the time frame of legal abortion by more than two months, the bill does just that.

When asked for a response to the lawsuit, Desantis’ office stated, “Governor DeSantis is and always has been pro-life. Our office is confident that this law will ultimately withstand all legal challenges.”

The two sides of this debate find themselves in polarized positions.

Stephanie Fraim, President and CEO of Planned Parenthood said in a statement, “Taking away a person’s freedom to make this decision themselves endangers everyone. This law is devastating and cruel. It is not what Floridians want nor what patients and their families need.”

Gov. DeSantis has often reiterated that HB 5 protects the life of babies, which he views as the paramount issue.

“This is a time where these babies have beating hearts,” DeSantis said. “They can move. They can taste. They can see. They can feel pain. They can suck their thumbs. And they have brainwaves. This will represent the most significant protections for life that have been enacted in this state in a generation.”