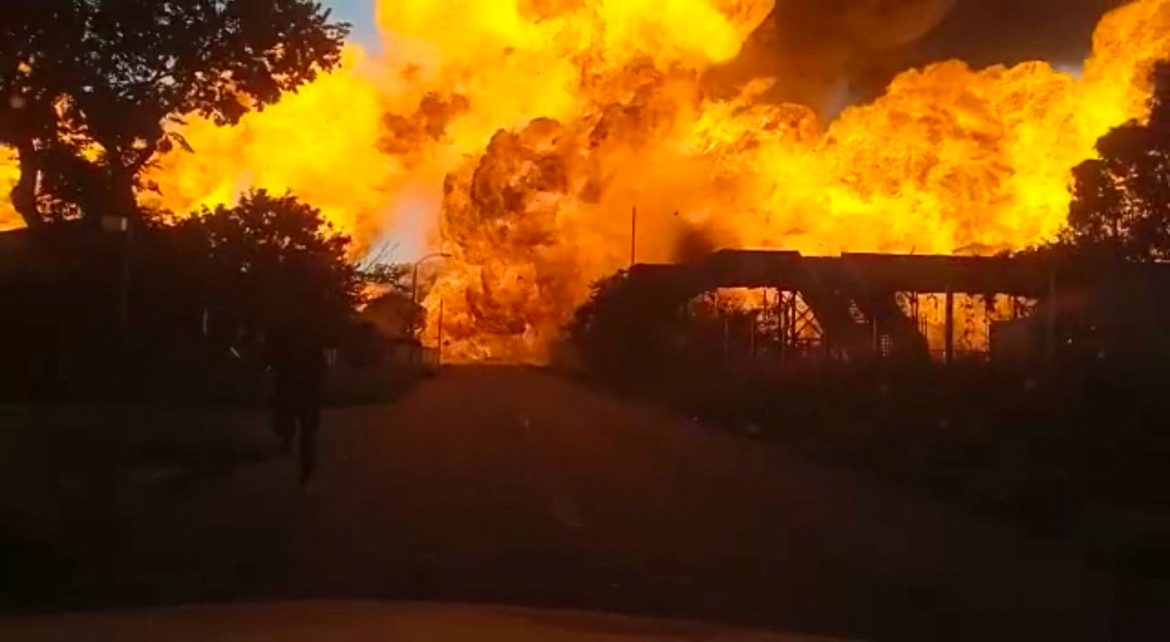 The death toll from a gas tanker that exploded in a suburb of Johannesburg, South Africa on Saturday has nearly doubled to fifteen, authorities said, adding that they’d arrested the driver and charged him with culpable homicide.

The blast, which tore the roof off the emergency department at the Tambo Memorial Hospital, destroyed two houses and several cars, and injured bystanders, occurred when the vehicle caught fire while under a low bridge on Christmas Eve.

“In terms of fatalities … this number has now risen to 15,” including three hospital staff members, Health Minister Joe Phaahla said late on Sunday.

Phaahla suggested that the death toll might later rise because of the nature of the injuries some survivors had sustained in the explosion in the Boksburg suburb of the city.

“We are told that of those who survived, many of them have quite severe burns, so we still have a long way to go,” he said.

A spokesman for the South African police service for Gauteng province, which includes Johannesburg, said the police had traced and arrested the driver in a hospital where he was being treated late on Sunday.

“The 32-year-old suspect has been charged with multiple counts of culpable homicide, negligent causing of an explosion resulting in death,” the police statement said.

Ukraine update: Putin says ‘no other choice’ but to continue war until Kyiv stops ‘refusing’ negotiations