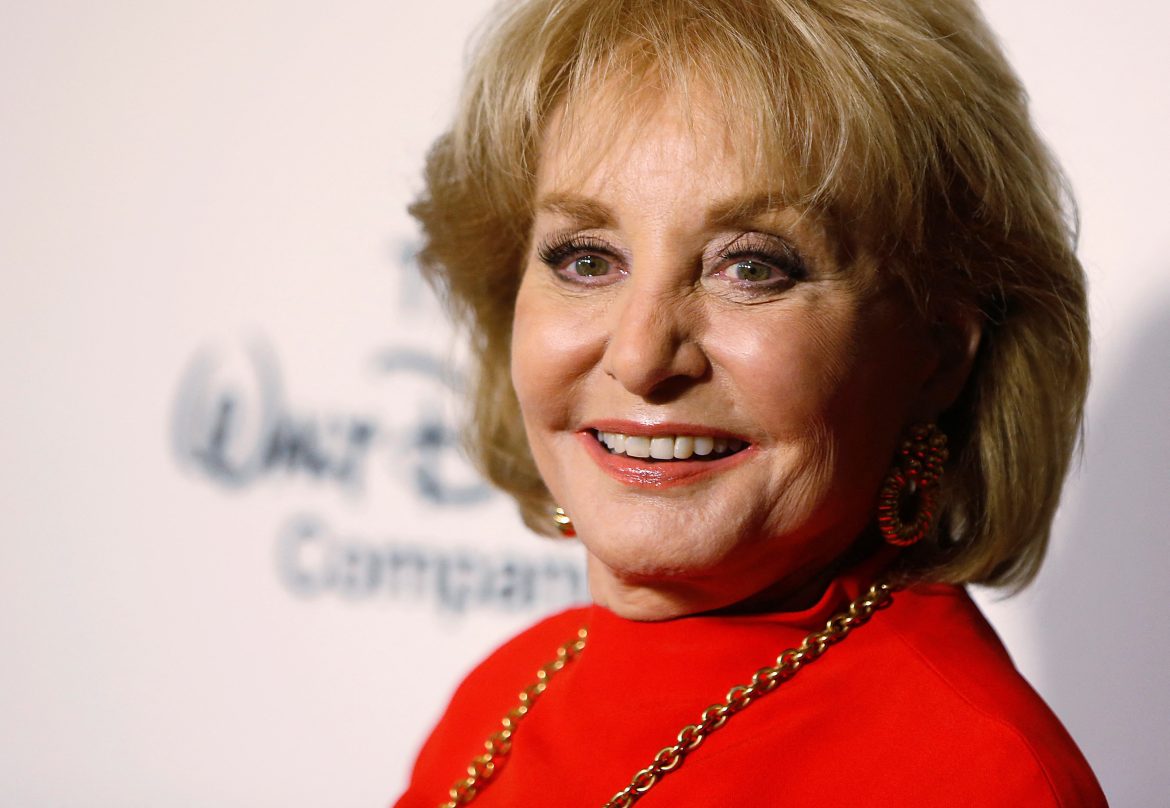 Barbara Walters, an ABC News journalist who paved the path for women to participate in newscasts, has passed away at the age of 93.

Her death was first reported by ABC News, but they didn’t immediately offer any further information or comments from her family. However, Walters’ representative Cindi Berger later issued a statement saying, “Barbara Walters passed away peacefully in her home surrounded by loved ones. She lived her life with no regrets. She was a trailblazer not only for female journalists, but for all women.”

As the first female anchor of a nightly news program, Walters joined ABC News in 1976, according to the network. Later, she started the daytime talk show “The View” and co-hosted the television news magazine “20/20.”

In 2014, Walters announced her resignation as co-host of “The View,” stating, “I do not want to appear on another program or climb another mountain. I want instead to sit on a sunny field and admire the very gifted women — and OK, some men too — who will be taking my place.”

Walters, who was born in 1929, was surrounded by famous people because her father worked in the entertainment industry. She learned priceless insights from these encounters that would later aid her in her career.

“I would see them onstage looking one way and offstage often looking very different. I would hear my parents talk about them and know that even though those performers were very special people, they were also human beings with real-life problems,” Walters said decades ago. “I can have respect and admiration for famous people, but I have never had a sense of fear or awe.”

Disney CEO Robert Iger responded to Walters’ death in a statement that praised her career. “Barbara was a true legend, a pioneer not just for women in journalism but for journalism itself,” Iger said. “She was a one-of-a-kind reporter who landed many of the most important interviews of our time, from heads of state and leaders of regimes to the biggest celebrities and sports icons.”

“I had the pleasure of calling Barbara a colleague for more than three decades, but more importantly, I was able to call her a dear friend,” he continued. “She will be missed by all of us at The Walt Disney Company, and we send our deepest condolences to her daughter, Jacqueline.”

In a five-decade-long career, Walters garnered 12 Emmys, 11 of which she received while working for ABC News.

Walters said in her 2008 biography “Audition” that her older sister Jacqueline, who was born with developmental disabilities, was the source of her drive to succeed.

“Her condition also altered my life,” Walters wrote. “I think I knew from a very early age that at some point Jackie would become my responsibility. That awareness was one of the main reasons I was driven to work so hard. But my feelings went beyond financial responsibility.

“Much of the need I had to prove myself, to achieve, to provide, to protect, can be traced to my feelings about Jackie. But there must be something more, the ‘Something’ that makes one need to excel,” she added. “Some may call it ambition. I can live with that. Some may call it insecurity, although that is such a boring, common label, like being called shy, that means little. But as I look back, it feels to me that my life has been one long audition — an attempt to make a difference and to be accepted.”

Before gaining a job as a writer on NBC’s “Today” show in 1961, Walters worked as a publicist and television writer after earning a degree from Bronxville, New York’s Sarah Lawrence College in the 1950s. In 1974, she was hired as the show’s first female co-host. The following year, she earned her first Emmy for Outstanding Talk Show Host.