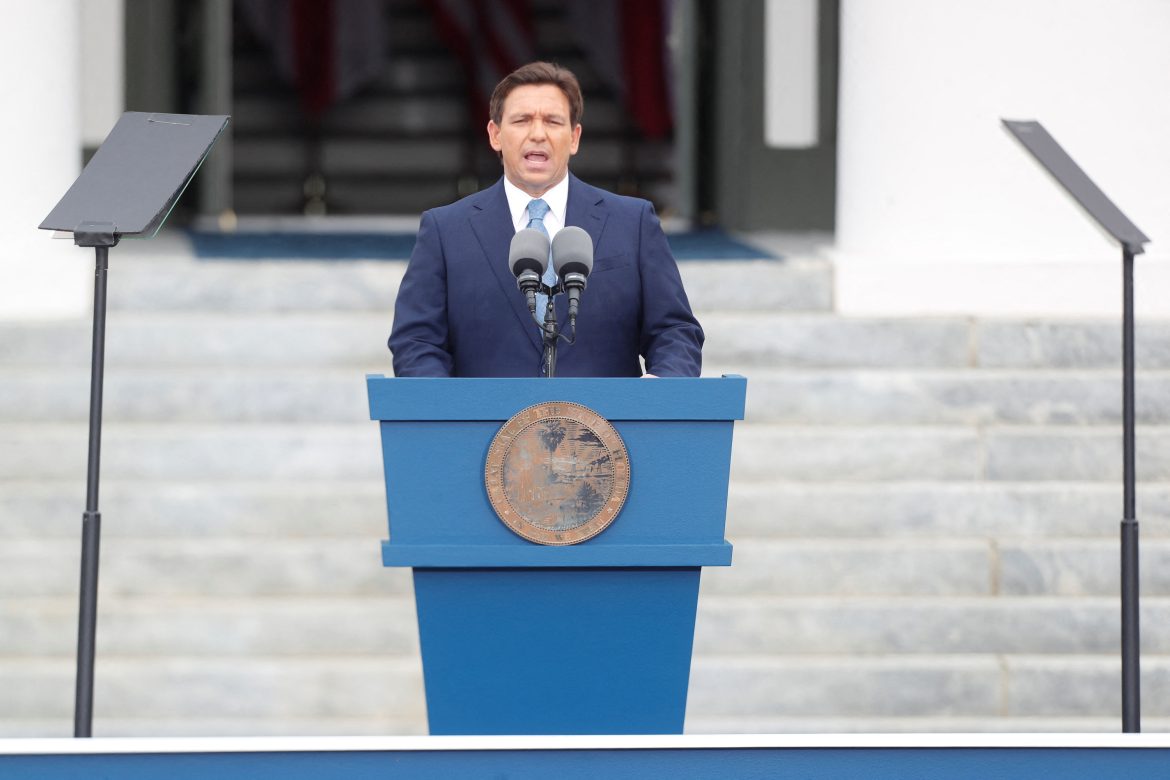 Florida Governor Ron DeSantis will not be forced to reinstate an elected state prosecutor he suspended over his pledge not to bring criminal cases against people seeking or providing abortions, a federal judge ruled on Friday.

U.S. District Judge Robert Hinkle in the state capital of Tallahassee ruled against prosecutor Andrew Warren, a Democrat, in his lawsuit seeking to be reinstated as head of the state attorney’s office in Tampa. DeSantis on Aug. 4 barred Warren from performing any official “act, duty or function of public office.”

SUSPENDED FOR NEGLECT OF DUTY

In August, FISM News reported that Gov. DeSantis had announced that he had suspended Warren, a Tampa-area state attorney, because he had previously stated he would not seek to prosecute violations of Florida’s new abortion law and promised to support the rights of children to receive gender reassignment surgeries.

During an August press conference, one in which he was joined by numerous law-enforcement officials, DeSantis said he was invoking authorities assigned to him under state law and suspending Warren on the grounds of neglect of duty.

“Prosecutors have a duty to enforce the law, not pick and choose which laws they agree with,” DeSantis tweeted after his press conference. “The State Attorney for the 13th Judicial Circuit, Andrew Warren, has instituted nonenforcement policies and has declared that he will refuse to enforce laws he doesn’t like.”

Warren, a Democrat, had tweeted in June that he would not prosecute anyone accused of violating Florida’s new, more restrictive abortion law, one that placed a ban on abortions after 15 weeks. He also pledged to not enforce any law that prevented gender reassignment surgery for children or restricted transgender bathroom access, even though no such laws currently exist in Florida.

The governor’s order contained a laundry list of complaints against Warren, all of which DeSantis described as policies through which Warren issued “blanket refusals” to enforce certain Florida laws.

“Warren demonstrated his incompetence and willful defiance of his duties as a state attorney as early as June 2021, when he signed a ‘Joint Statement’ with other elected prosecutors in support of gender-transition treatment for children and bathroom usage based on gender identity,” DeSantis’s order reads. In another portion of the order, DeSantis states, “Warren’s neglect of duty is willful and meant to be a ‘functional veto’ on the policies of the Florida Legislature.”

Various Florida Democrats and Warren himself have labeled DeSantis’ move as one motivated by politics, unconstitutional, and an abuse of gubernatorial authority.

“Today’s political stunt is an illegal overreach that continues a dangerous pattern by Ron DeSantis of using his office to further his own political ambition,” Warren tweeted Thursday. “It spits in the face of the voters of Hillsborough County who have twice elected me to serve *them*, not Ron DeSantis.”

Florida law allows a governor to suspend public officials, even elected ones like Warren, for a litany of reasons, among them neglect of duty.