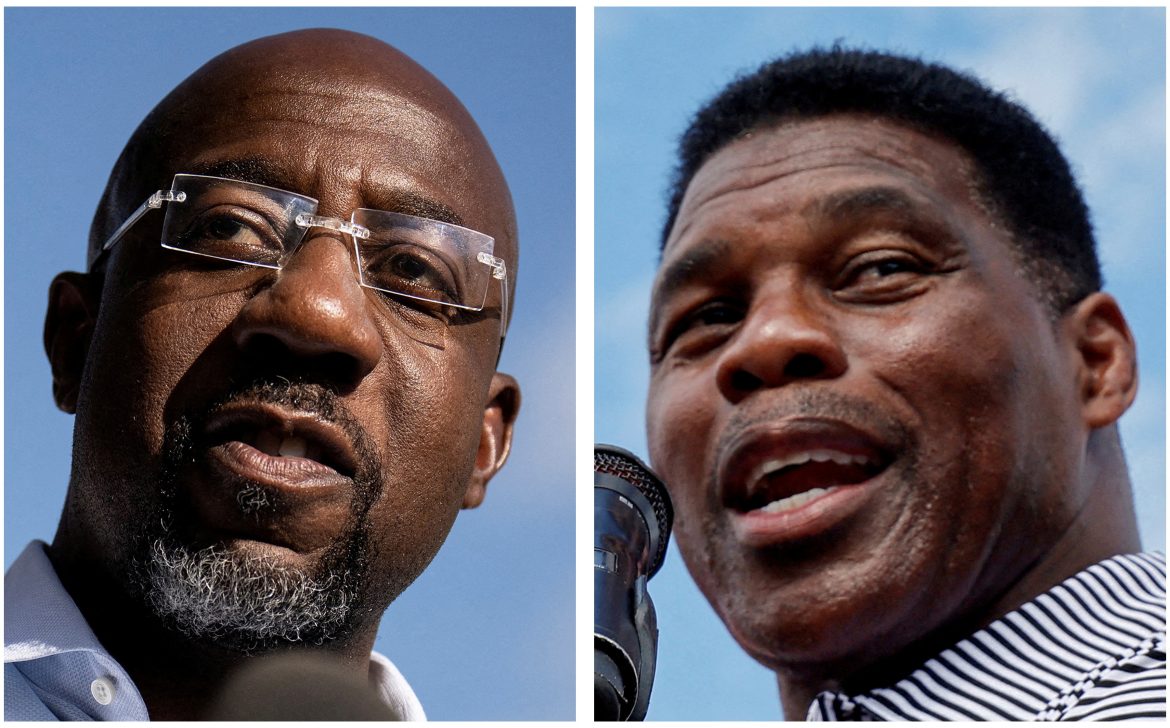 A judge ruled that early voting in Georgia can be held next Saturday despite a state law prohibiting advanced in-person voting from being held the Saturday after a state holiday.

After neither the current Senator Raphael Warnock nor the Republican challenger Herschel Walker secured 50% of the vote on Nov. 8, a runoff election was scheduled for Dec. 6 to settle the final senate seat.

Of special concern to Warnock and the Democratic party in their quest to keep possession of the seat is advanced voting, which they anticipate will heavily favor Warnock.

However, Georgia’s Secretary of State Brad Raffensperger said that state law does not allow for early voting to be held the Saturday after an official holiday. This prompted Warnock to sue the secretary of state’s office to open the polling booths for the Saturday following Thanksgiving.

“Certainly, this is a time-urgent situation,” Judge Thomas Cox from the Fulton County Superior Court wrote in his ruling on Friday, before siding with Warnock.

The ruling means that counties now have the discretion to open their polling booths rather than a statewide ban placed by the secretary of state.

Cox further enjoined Raffensperger and his department from interfering in any efforts counties provide for early voting.

“This is a big WIN for democracy. Saturday voting is critical for Georgia voters, especially students and workers,” Warnock stated.

This is a big WIN for democracy. Saturday voting is critical for Georgia voters, especially students and workers.

I’m glad the courts have spoken in favor of making it easier for Georgia voters to have a say in their own democracy.https://t.co/07KLRvuo7r

The senator’s statement continues the narrative that the move to block early voting was political in an effort to place a Republican back in the Senate for the Peach State.

This notion was adamantly rejected by the secretary of state’s attorney, Charlene McGowan.

“The guidance was not a decision the secretary of state made based on his discretion. It was not driven by politics. It was not intended to advantage or disadvantage a particular candidate,” McGowan argued before the judge.

Attorneys for the Georgia Democratic Party argued that the secretary of state was cherry-picking arguments and contradicting the “settled expectations of Georgia voters and counties that have previously offered early voting on a Saturday following a holiday in advance of a runoff.”

Walker’s campaign has not responded to the court ruling. However, Raffensperger’s office has stated they intend to appeal the decision.

“We disagree with the Court’s order and look forward to a prompt appeal,” the secretary of state office stated to Atlanta Journal-Constitution on Friday.

Both Warnock and Walker have seen an influx of donations since the announcement of the runoff.