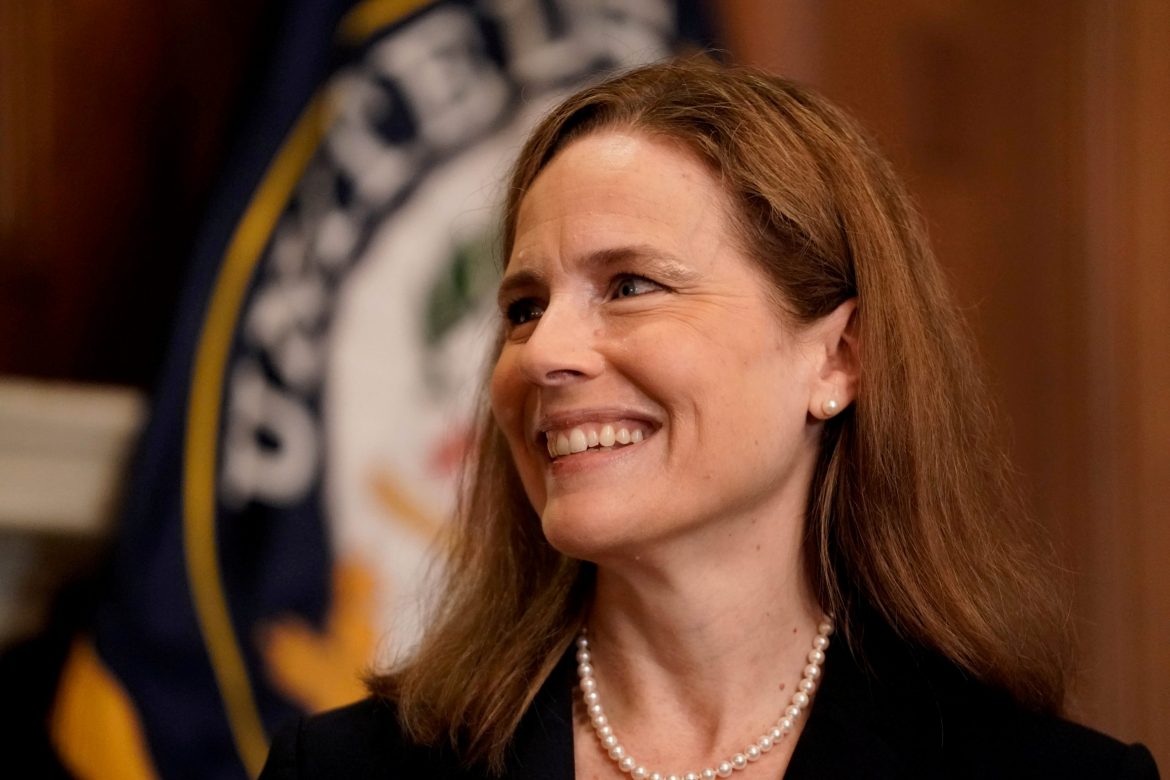 Amy Coney Barrett participated in her first case as a member of the U.S. Supreme Court on Monday, with President Donald Trump’s appointee welcomed by Chief Justice John Roberts before questioning one of the lawyers in a dispute in which an environmental group is seeking government documents.

Barrett made her debut not in a public session in the courtroom but rather in a teleconference format, with a live audio feed available to the public.

Although Barrett officially started work last Tuesday, she did not participate in Friday’s private conference in which the justices discussed what new cases to hear because she was preparing for this week’s arguments, a court spokeswoman said.

“It gives me great pleasure on behalf of myself and my colleagues to welcome Justice Barrett to the court,” said Chief Justice John Roberts. “Justice Barrett, we wish you a long and happy career in our common calling.”

With the justices taking turn by seniority, Barrett was the last to weigh in on the case brought by the Sierra Club seeking documents related to the U.S. Fish and Wildlife Service’s consideration of a regulation finalized in 2014. The agency concluded that the environmental regulation for cooling water intake structures that are used by power plants and other industrial facilities would not adversely affect endangered species, including fish, turtles and shellfish.

Barrett, following fellow Trump appointee Justice Brett Kavanaugh, continued with his line of questioning on how courts determine which internal agency documents are subject to a federal law called the Freedom of Information Act, which lets people request certain materials.

“What other factors would a court consider?” Barrett asked, in relation to how courts decide whether a draft document, as opposed to a final report, can be sought as part of such a request.

It was the first of two cases on Monday. The second was an employment benefits dispute involving a former railroad worker.

The Republican-led Senate confirmed Barrett one week ago, with Democrats strongly opposed. Trump on Sept. 26 announced Barrett as his nominee to replace liberal Justice Ruth Bader Ginsburg, who died of cancer on Sept. 18. Barrett previously was appointed by Trump as a federal appeals court judge in 2017 after she served as a law professor at Notre Dame University in Indiana.

The first major case in which Barrett will take part comes on Wednesday when the court hears a religious rights dispute involving the city of Philadelphia’s refusal to place children for foster care with a Catholic agency that bars same-sex couples from serving as foster parents.

Next week, the court hears arguments in litigation in which Trump and Republican-governed states are seeking to repeal the Affordable Care Act.