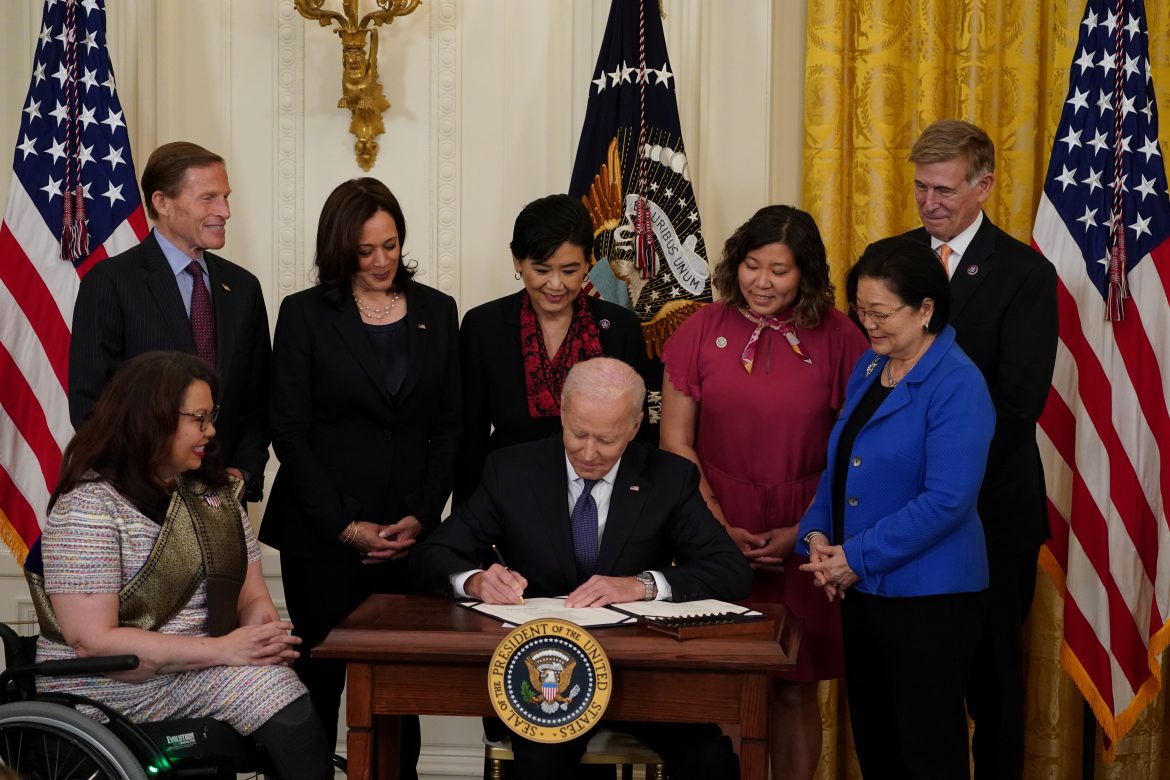 President Joe Biden signed the COVID-19 Hate Crimes Act (known as S.937) into law on Thursday, in one of his most bi-partisan acts since taking office.

The bill was sponsored by Senator Mazie Hirono (D-Hawaii) and received broad bipartisan support in the Senate with a vote of 94-1 and in the House with a vote of 364-62. The bill is primarily addressed toward combating the recent rise of hate crimes against Asian-Americans.

Libby Cathey at ABC News summarized the law as such,

Many politicians see the bill as a timely way to address the rise of racial politics and violence, especially against Asian Americans, in the United States. The pandemic has largely been accused as the catalyst for the rise of racial violence due to a poor view of China by some Americans as a result of it being the originating point of the COVID-19 virus.

While the bill received unanimous support in concept from politicians in Washington, those politicians who did oppose the bill only did so because the bill allows for data collection on hate incidents that are not crimes. Staffers tell FISM news that this would allow the government to potentially collect private data from American citizens unnecessarily. While this seems to be a common sense objection to any potential bill, in today’s hyperbolic political climate it is hard to draw such political nuance and precision. An amendment was proposed to the bill that would eliminate unnecessary data collection but it was ultimately voted down.