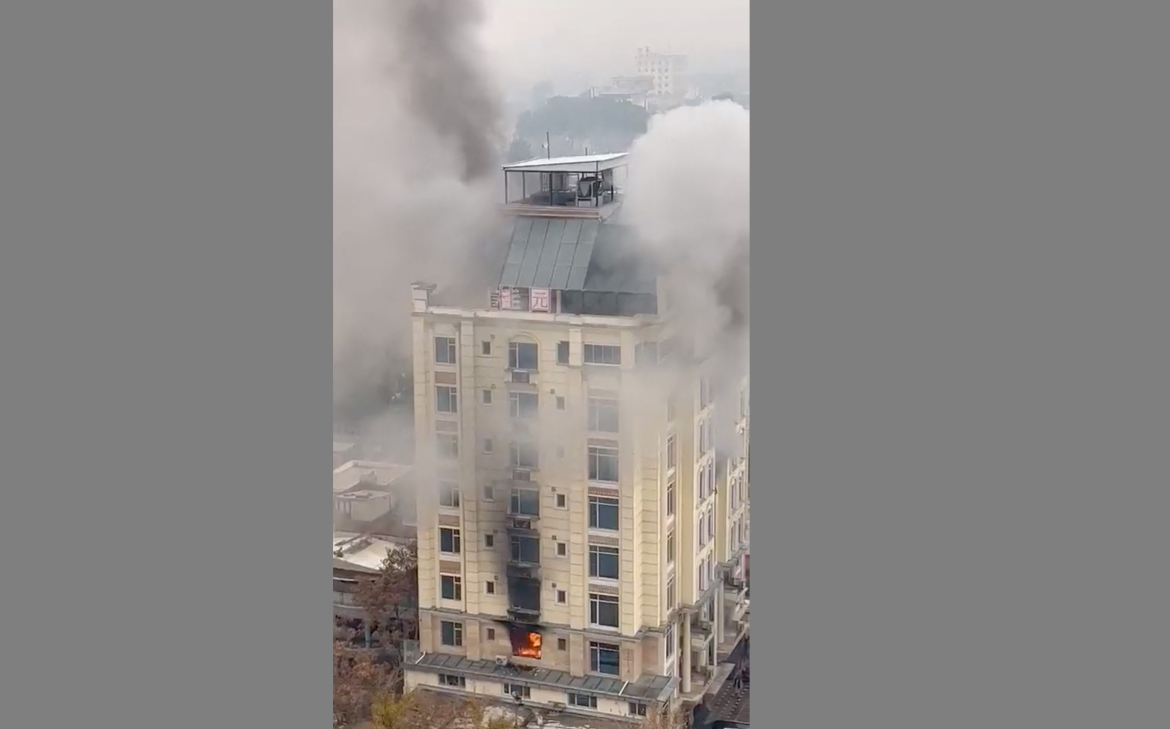 Armed men opened fire on Monday inside a hotel in central Kabul popular with Chinese nationals in an attack that ended when at least three gunmen were killed by security forces, the Taliban-run administration said. The Islamic State has since claimed responsibility for the attack, the first on Chinese interests in the country since the Taliban took power last year.

Two foreigners were injured while trying to escape by jumping from the hotel balcony, Taliban spokesman Zabihullah Mujahid wrote on Twitter. Multiple others were injured as a result of explosives and gun fire within the hotel.

Kabul’s Emergency Hospital, run by an Italian non-profit near the attacked hotel in the Shahr-e-Naw area, reported receiving 21 casualties – 18 injured and three dead on arrival.

Taliban sources said the attack was carried out at Longan Hotel where Chinese and other foreigners usually stay. Chinese officials expressed “shock” at the attack and noted that at least five of its citizens were badly wounded. They urged Chinese nationals once again to leave Afghanistan due to security concerns.

Videos posted on Twitter by a journalist in Kabul and verified by Reuters showed smoke billowing out of one of the floors amid sounds of gunshots, while a person was seen trying to escape the attack by jumping out of a hotel window.

A security guard posted outside the hotel told Reuters on condition of anonymity that the site was sealed off. “The investigation is still going on, no one is allowed to go inside,” he said.

An eyewitness at a restaurant near the hotel said there had been some raids and arrests in the area about an hour before the first explosion was heard.

The guard, who was present in the area when the first blast happened, said initial details showed the assailants managed to get explosives inside the hotel by booking a room prior to the attack.

A spokesperson for the Taliban-run administration did not reply to a request for comment on how the attack took place.

The Islamic State in its claim had also mentioned about previously-planted explosives and identified two attackers. The militant group said it had killed or wounded 30 security force members and Chinese citizens.

“The nature of this terrorist attack was abominable, the Chinese side is deeply shocked,” said Chinese foreign ministry spokesperson Wang Wenbin while calling for an investigation into the incident.

More than 30 Chinese citizens were in the hotel at the time of the attack, Yu Ming Hui, the head of the China Town business complex in Kabul and a leading Chinese businessman in Afghanistan, told Reuters.

“Five of them are in the ICU in Emergency Hospital, around 13 to 14 are superficially wounded,” he said, adding that the rest had left the hotel to stay elsewhere.

The attack came a day after China’s ambassador met the Afghan deputy foreign minister to discuss security-related matters and sought more attention on the protection of its embassy.

The Taliban-run administration has struggled to stabilize the security situation even after the departure of U.S.-led foreign forces last year ended two decades of war in Afghanistan.

Several bombings have taken place in Afghanistan in recent months, including an attack on the Pakistan embassy earlier this month and a suicide blast near the Russian embassy in September. Both attacks were claimed by the Islamic State.

The Taliban, which seized power after U.S.-led foreign forces withdrew in August 2021, have said they are focused on securing the country.