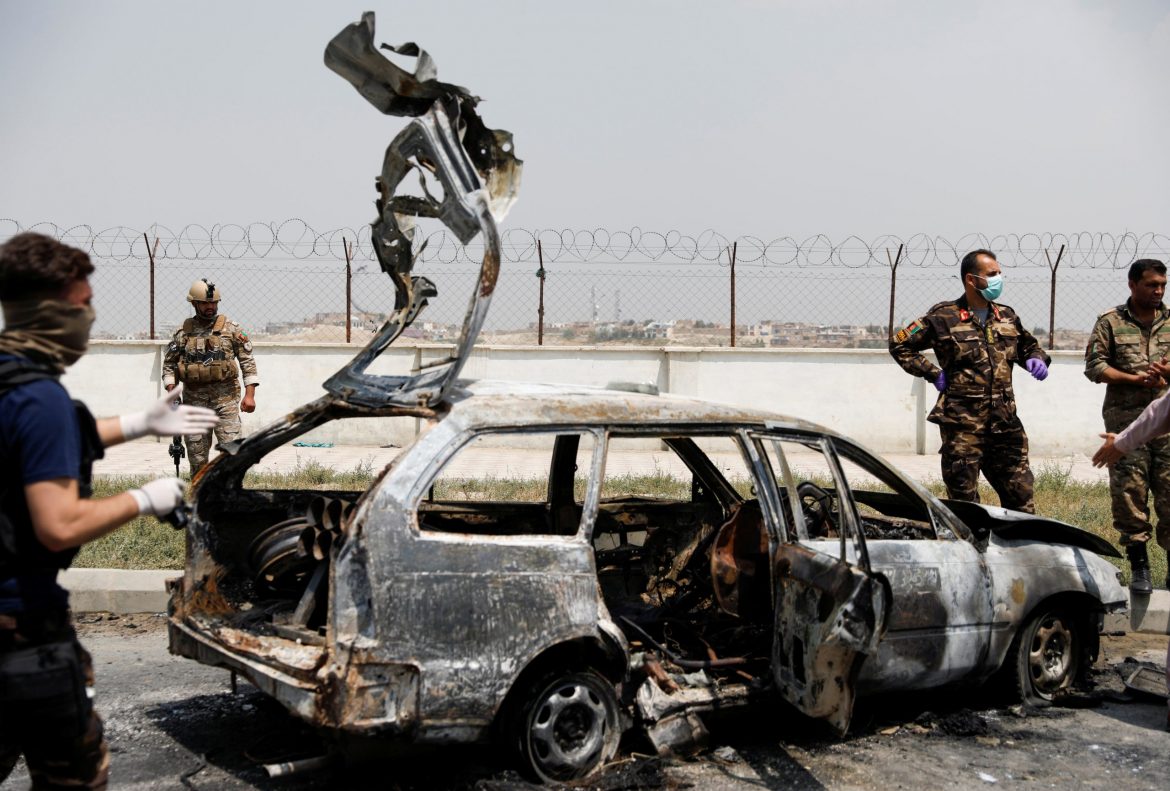 More than a dozen rockets struck Kabul on Tuesday, wounding at least ten people, including four children, prompting some foreign embassies to order a lockdown, officials and sources in the Afghan capital said.

The identity of the attackers was unknown, though an interior ministry spokesman said two suspects had been arrested.

“The warning alarm sounded two to three seconds before impact and then there was the sound of the first rocket, then, soon afterwards, another much louder one with a huge boom and shrapnel and bits of concrete fell,” one Reuters witness said.

He later added that fourteen rockets landed in different parts of the city.

A senior Western security official told Reuters the diplomatic area was quickly placed under lockdown after the blasts, as workers in embassies took cover in safe rooms.

The attack comes at time when the United States is encouraging peace talks between the government and the Taliban, while preparing to withdraw the last U.S. troops to end almost 19 years of war.